November 2, 2019 Halloween is never really over for a Horror fan. 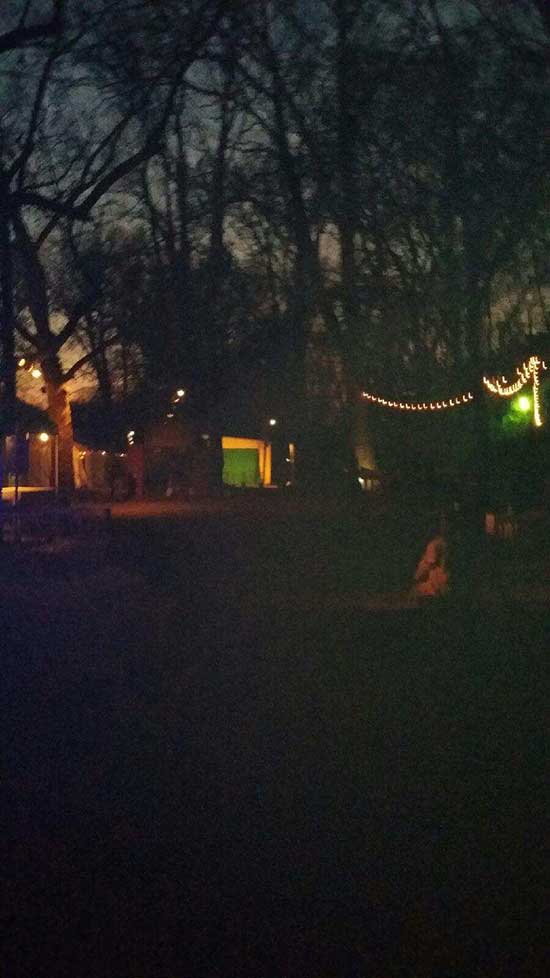 Shocktoberfest was kind enough to invite Horrornews.net to visit “Pennsylvania’s Premier Haunted Scream Park.”  Patrick Konopelski had two All Access passes waiting as we arrived. Shocktoberfest is celebrating twenty-eight years of scaring the living crap out of people. It was a beautiful fall night for a haunt. It started as a “simple Haunted Hayride” called Maniac Mountain in 1991. The hayride changed to Field of Screams in 1994. You can read more about this here, www.shocktoberfest.com/about-faq/

We arrived at ZOMBIE WORLD and I suppose because Halloween is over to most people it wasn’t so crowded. There was still a lot of people there. We started off with the Zombie Safari Hayride. You do have to wait in lines but it is efficient and the staff knows what they are doing. A truck with a large wagon on the back filled with hay waited to pick our group up. We all piled into the wagon as the driver took us to the Zombie Safari. (There are brochures and maps and staff members and even the actors will help you if you need help.)

The Zombie Safari Hayride was a blast. They take you through all sorts of various Zombie habitats. The plant life habitat was incredible. The special effects and make-up was great. The actors were on stilts and looked incredible. There is also a paintball gun version where you can be up and close and personal with the Zombies if you are brave enough. Our group was having an absolute blast. The actors did an incredible job. There was a moment one of them came down on a zip line and with anger he pushed over all his props and did a few ninja moves. 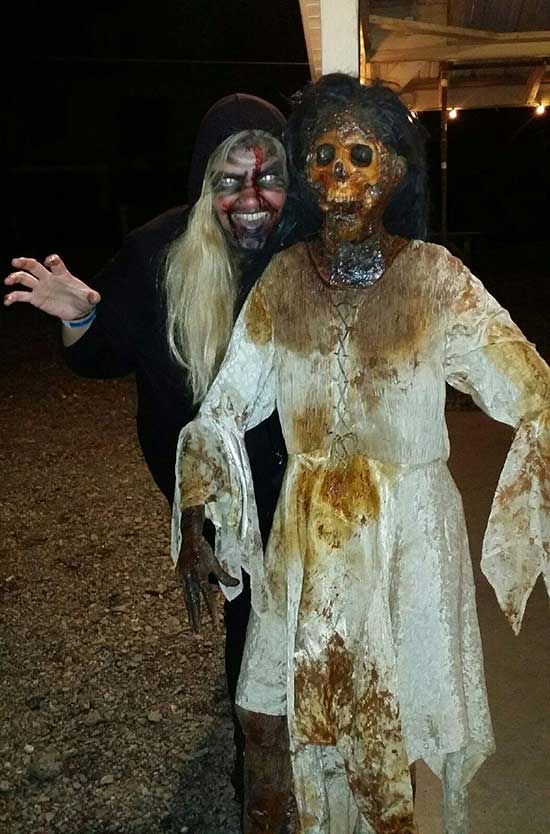 The Zombie Safari tour is pretty long. I do suggest wearing a few layers if you go closer to the end of October into November before they close for the season. It was cold but your adrenaline is going so you don’t feel it but I was hiding under the hay to keep warm, yes I will admit that I was freezing and despite my trusty A Nightmare Before Christmas hat, I was still cold. (My own fault, I know.)

I don’t want to give away everything because you MUST experience all of this yourself. It is incredible.

The next part of the tour we took was the Prison of The Dead. Okay, so you get in line and a bus takes you up to the “prison.” A guard greets you and gives you the full rundown of this place. It is INCREDIBLE. It was hard to pick a favorite event. As Patrick told me later during his interview, he said it’s like his four children, he doesn’t have a favorite child and the haunts are the same. He cannot pick a favorite. The Prison of the Dead takes you through tunnels, cells, crazy floors, it is safe though. I did not feel unsafe at any moment even though I was holding onto my poor friend/and writing associate during some moments. Being in complete darkness is something I actually got used to after having vertigo. They made me do physical therapy blind-folded.

The Prison of the Dead had a ton of incredibly done up actors who lurked about. A tall guard who lurked about reminding you of the steps into the next part of the prison. It was wild and fun. The sounds, the banging, the screams, the fun. It is the condemned Willow Glen State Penitentiary and it housed the worst of the worst. That’s the story. 50,000 square foot of a haunted prison. It is also one of the largest on the East Coast. www.shocktoberfest.com/ 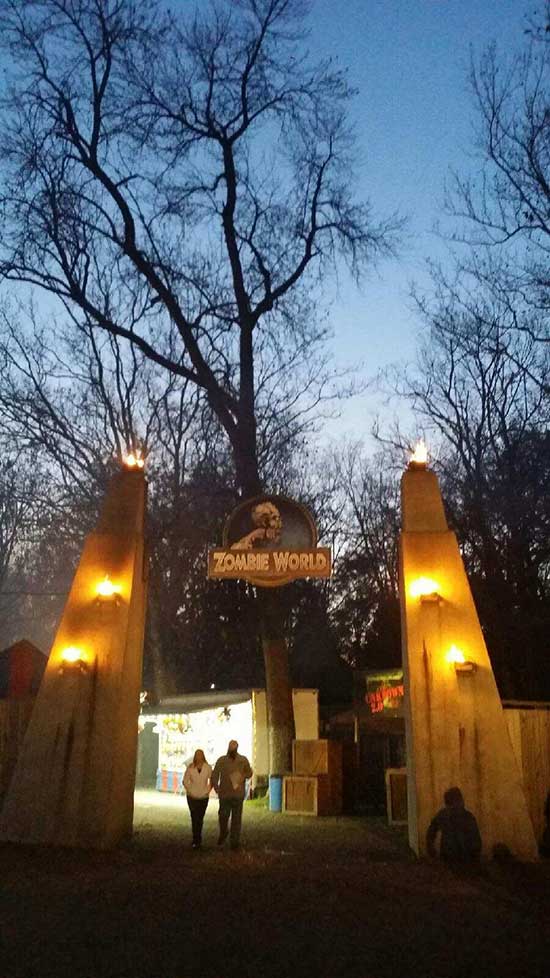 The cells hold zombies and you don’t find the Jason’s and Freddy’s here. It is various characters and zombies and original created characters. So if you are looking for that type of stuff, this may not be the place for you but if you love a real good haunt. THIS IS THE PLACE TO GO!

The next event we took part in was The Unknown 2.0. Okay, this one was interesting. It plays on fears. If you are scared of something? Claustrophobia? Coulrophobia, fear of clowns?  Arachnophobia, fear of spiders? You are facing the worst fears and phobias in here. It also gets completely dark which is Nyctophobia, fear of the dark. I grew up watching Horror movies, loving haunts, participating, attending Ghost hunts, and paranormal events. I love horror and darkness and the macabre has become an escape for me in some ways. The Unknown 2.0, you are greeted by a lovely lady who explains all the rules and what you must do.

Everyone stays in character, if you do need help though, they will help you. 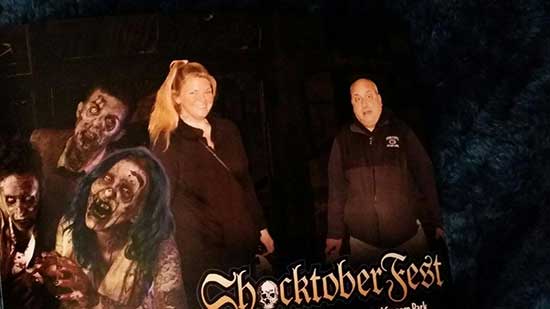 The next event we did was, Ground Assault. You line up and you must decide if you want to be on the red team or the blue team and you take part in Ground Assault Zombie Laser Tag. It was a blast. There are Zombie actors walking around. They also help you out if you have questions about the laser guns you are given. You fight against the other team and take out some zombies. Wherever George A. Romero may be, he would be proud of these dedicated folks.

They don’t use shows or films, they use characters they create so you find Daryl Dixon running around with a crossbow, even though we appreciate him.

We did not take part in The Zombie Night Run even though, it looked like they were having a blast. There is also the Naked and Scared Challenge. It is an “almost” naked challenge so you keep your underwear and bra’s on. You must be 18 years of age for this one.

The next event I took part in was The Zombie Experience. You BECOME A ZOMBIE! I was so excited for this. I want to say a huge THANK YOU to SHAY who did my make-up. You take a seat and they turn you into a Zombie. You can also opt-in to become a Zombie and go up to the Prison of the Dead and help scare the crap out of people. I did not opt-in for this but it sounded incredible. Shay did an amazing job turning me into a zombie. They do the make-up and add some blood if you want blood, I did.

We also walked through and they have games, awesome actors dressed up. The Midway Attractions including Monster Midway, West End Stage, Midway Massacre. They have food trucks and fun games. The ShocktoberFEAST: Shockers Café & Food Trucks, ShoctoBARfest- Pop Up Beer Garden and Club Shock. 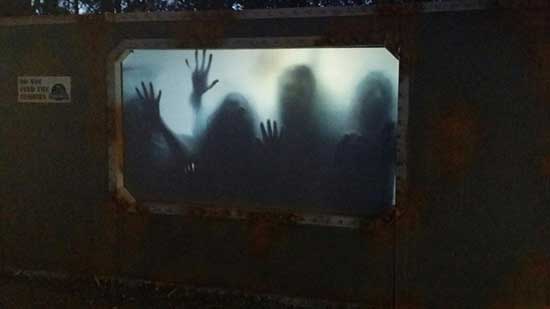 They have premium upgrades and hold parties and so much more. The Zombie Paintball Hayride, the Shock’s Tailgate Party & VIP Parking.

The Prison of the Dead Escape, The Maintenance Shed (5 Min Escape Room), The Torture Chamber in which they offer safe SPA-Toberfest and you get a safe full body massage with some “pleasure and pain.” Work out those Zombie bone creaking kinks. You must be 18. 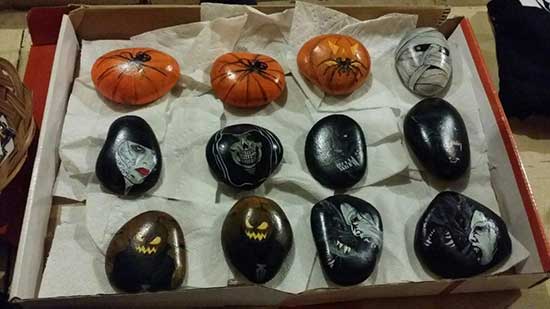 There is so much to do here. You can bring friends, family. You can bring the whole family and have something for every single person to do and have a blast. You can also get photos taken with awesome Zombie back drops using a green screen and then pick them up at the Shock Shop. 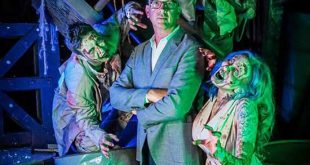