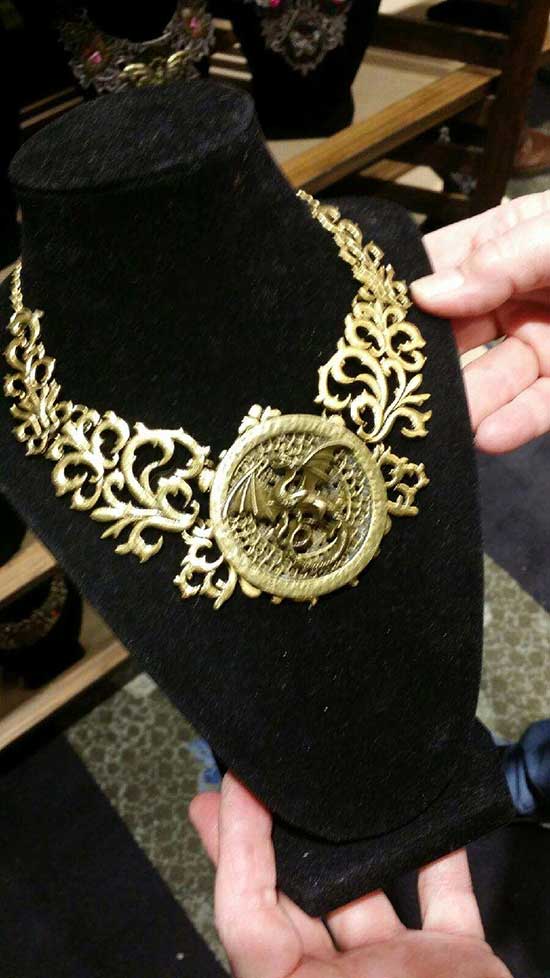 Chiller Theatre was packed on Saturday, October 26th. Halloween is near and the horror community gathered for the annual Chiller Theatre Expo in Parsippany, New Jersey at the Hilton. People came from all over to pick up collectibles, movies, t-shirts and meet celebrities. Chiller Theatre is also a convention where everyone sort of catches up with those they may not have seen since the last convention. I was fascinated by the Mechanical Meow b-m.facebook.com/TheMechanicalMeow/ stand owned by Karrie-Ann Versace who was kind enough to show me some of the new pieces she has been working on. It is a tedious art-form. She makes steampunk influenced jewelry and it is one-of-a-kind. Karrie’s work stood out in a packed room. People stopping to chat with her about various pieces of jewelry. You can follow Karrie on Twitter @Mechanic_Meow

During my visit with Karrie, I met a lady but she never said her name, she handed me a Ouija Board and I heard a group of people at the same time yelling, “Go ahead, Janel, take a spirit board.” I didn’t get the full story but I am enclosing the link bobsboard.com/ (There is a disclaimer on the spirit board and also I myself do not mess around with spirit boards but it’s interesting to use for a film. So points for creativity.) They were handing the spirit boards out for the film so thank you for that. After making my way around the vendor area, I spotted Christopher Leyva & The Falling Doves, they were handing out signed posters and guitar picks. Christopher Leyva & The Falling Doves. Christopher Leyva talked with me for a little while. www.facebook.com/pg/fallingdoves/about/?ref=page_internal

Christopher Leyva, Mike Dorsey and Clint Feddersen and they are from West Hollywood, CA. I also ran into POGO the Clown AKA Jeremy Woodworth who was promoting a film and also handing out POGO the Clown/John Wayne Gacy t-shirts. Thank you for the t-shirt and check out The Killer Clown Meets the Candy Man. Jeremy Woodworth’s IMDB page, www.imdb.com/name/nm5567771/?ref_=tt_cl_t2 POGO has been a staple at Chiller as far as I remember. I’ve run into him in the parking lot, the hotel, and vendor rooms. (Remember folks, don’t park next to vans.) There are quite a few people who cosplay or donned cool costumes. An entire family paid homage to one of the greatest families of all-time, The Addams Family. They were dressed up and looked great. 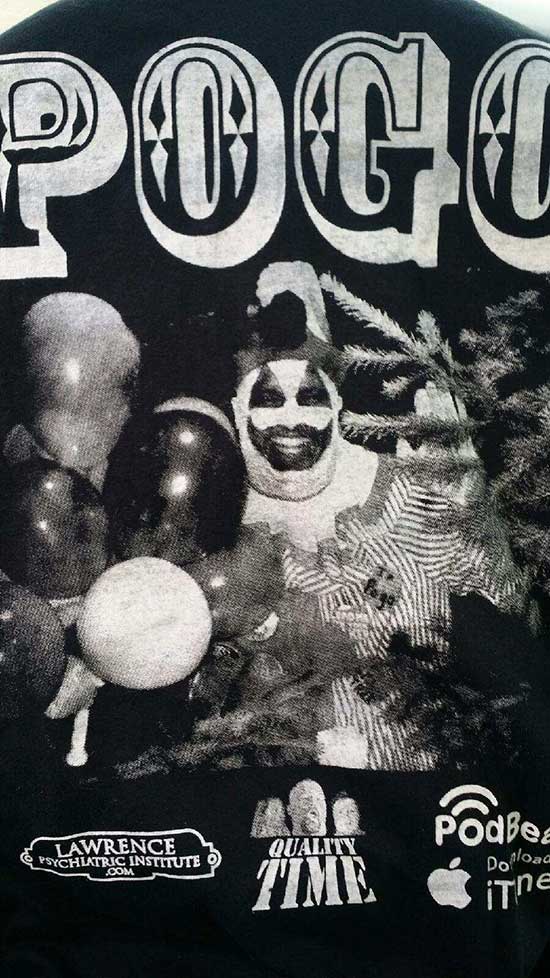 The Warriors reunion had quite a few fans dressed as characters from the movie. Goodfellas and The Sopranos fans also wore t-shirts and hoodies to show support. Chiller is fun and the guests varied from musicians, actors, writers and the legend that is Elvira. It was a fun, fantastic show and it is always great to see the horror community come together. 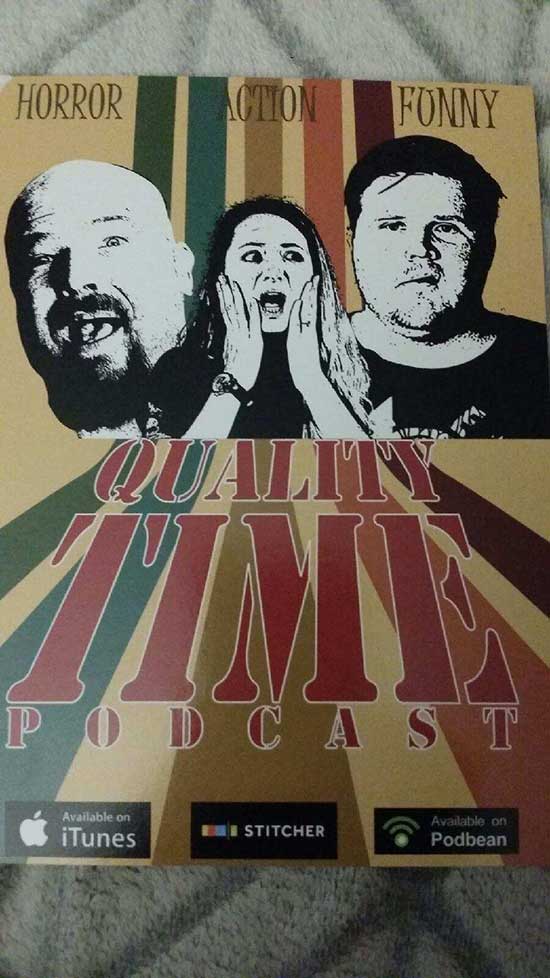 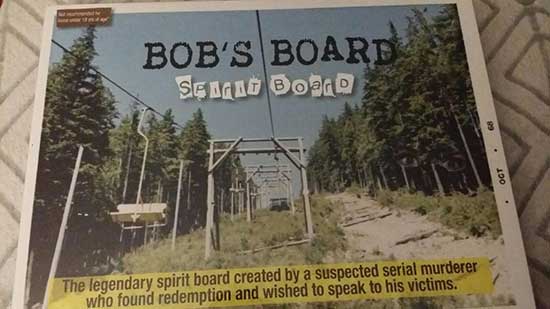 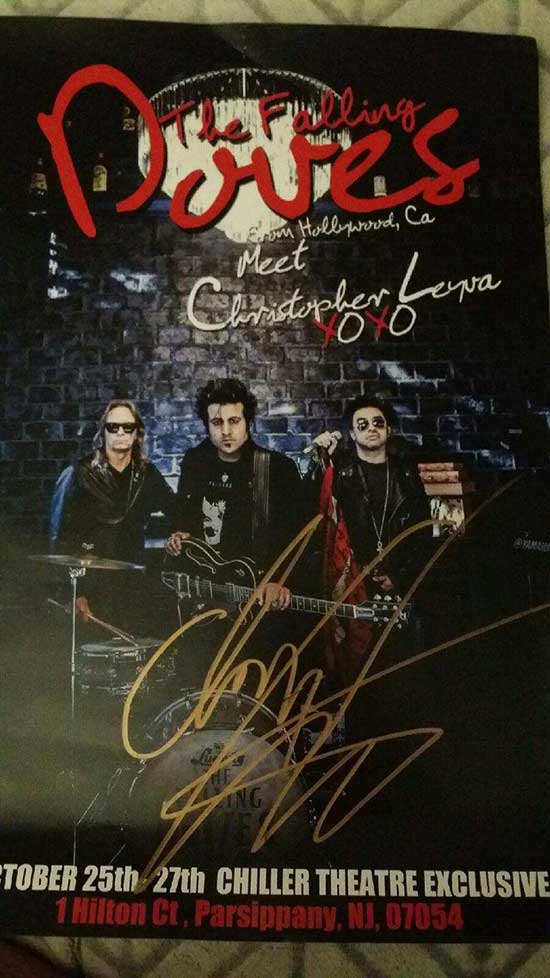 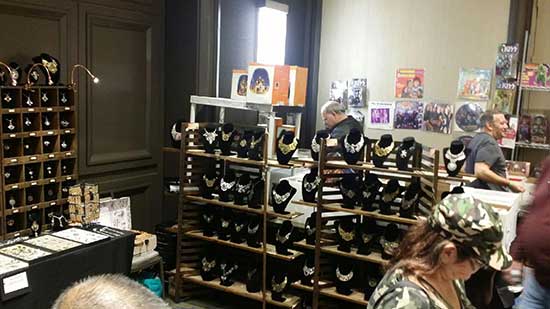 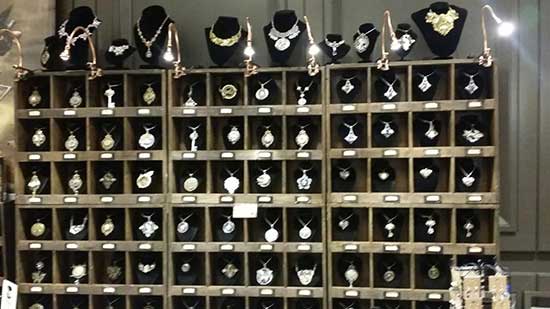 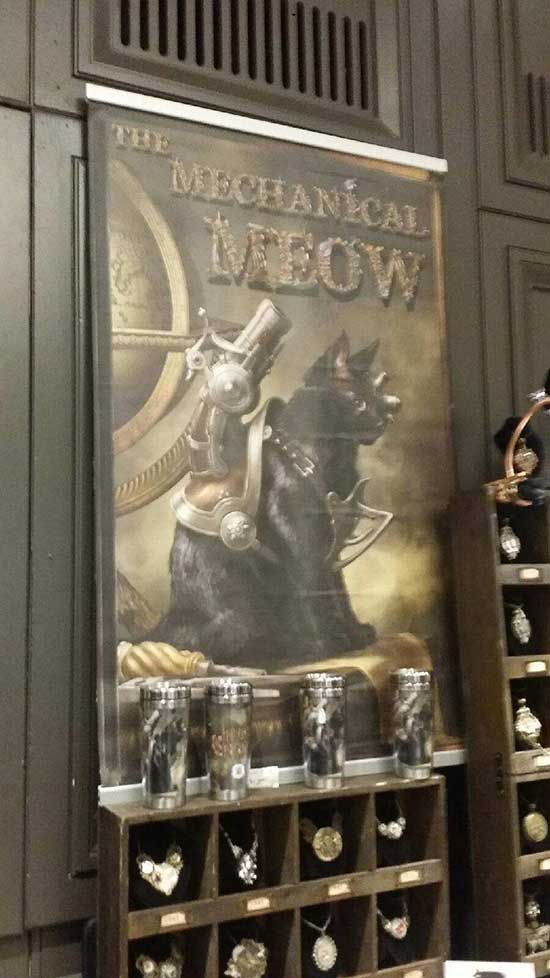 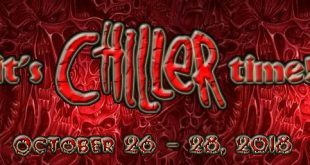 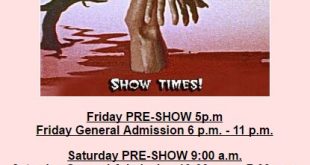