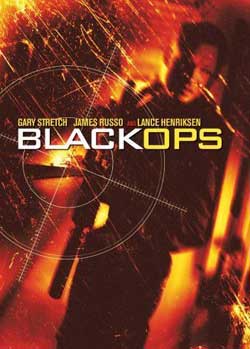 When a WWII-era battleship, reactivated and deployed in the Persian Gulf for black-op interrogations, falls radio silent, an elite Marine task force, along with an NCIS investigator and two scientists, are sent to apprehend the terrorists… Only to find a more devious enemy.

Black Ops is not my kind of movie. I am not into Army, Navy or Marines type of deals, I don’t know much about it and terrorists, or Iraq I like to keep far from my obsessive mind. We start out on a WWII- era battleship that has been deployed in the Persian Gulf for Black Ops interrogations. Suddenly there are crew members doing their duties and there is someone in a holding room being secretly interrogated. Then it switched over to two bunk mates discussing that something just isn’t right with this ship. They think it’s creepy and they both hear weird sounds all the time. The next thing you know crew members are being killed, impaled, necks snapped all by some unseen force. Are there ghosts on this ship?

It took me two days to push thru this film since the majority of it is of the Special Ops arriving and searching thru the ship trying to figure out how all these men are dead and who or what did it. There is a Marine task force, NCIS investigator and two scientists there trying to get the bodies together to bring back with them. You see a lot of the ship with them creeping around and it just seemed like I was watching the same things over and over and to me, that’s not a good time or a good movie. Lance Henriksen was Captain John Willets who is there to instruct and over see all operations on board. Can he figure out the mystery of this massacre?

The first 20-30 minutes were ok since there was plenty of gore but then the rest of the film just seemed to lack anything worthy of viewing. All the scenes were so damn dark it was hard to see anything. Maybe it was like this so the ghost ripping apart people would be more effective. It just looked like a bunch of men throwing themselves around and the ghost wasn’t prominent enough to even stand out in the scenes whether it was supposed to be invisible or not. You would think instead of splitting up and searching the ship in pairs you would stick together as a group since you’d have more fighting power with many men there to protect each other.

So now the ships cook is amongst the survivors and wants to cook up a terrific meal for them coming aboard to rescue him and the other two survivors. They all get together in the cafeteria and grub. Then their delicious meal is interrupted by a man screaming…the cook! Well lets just say he should of chosen a better weapon to defend himself with than a damn spatula since it ends up sticking out of his eye socket. Now there is talk of ghosts and other things like a man named Gunther Nuemann who was a Nazi bred super weapon who was made into a killing machine to fight against enemies. Now it is rumored that his energy and spirit still reside on this ship and could possibly be the cause of all this destruction.

I did learn that Black Ops was filmed with two Panasonic HVX-200 HD camcorders on a docked WWII Liberty ship in LA. This ship is actually a museum. The people involved with making this film set out to make a spooky movie and to have a damn good time while doing it. There was a 15 man crew involved in the making of this film and you know that had to be a tough thing do do in the ships cramped spaces! Also the films alternate title is DeadWater. If your not in the mood for a seriously scary film then try on Black Ops for size. It’s not going to win any awards at any film fests but I am sure someone out in horror film loving land would get a kick out of it! I just was not into it and had a hard time getting thru it. 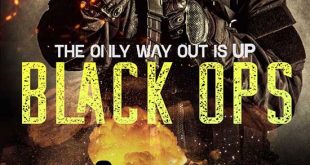