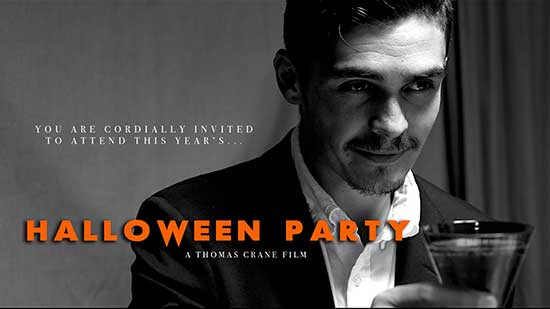 TAMPA FL – The Samhain-themed independent short film “Halloween Party” is now available on Amazon Prime. The first narrative film from director Thomas Crane and his killDevil Films crew, “Halloween Party” is a story with twists, while dabbling in the spook-filled lore of the holiday, and stylistically drawing inspiration from horror classics such as Psycho and The Shining.

The film is set in 1995 and stars Sean Gloria in the enigmatic role of Ben, who is hosting his annual Halloween party when a strange woman, covered in blood shows up at his door. From there the story takes some unexpected turns, while letting the viewer soak up the tense atmosphere created by the shot selection, pacing and music (the original score was written and performed by German composer Frederic Bernard).

HORROR ASYLUM wrote, “There are clearly echoes of ‘Psycho’ peppered throughout the movie. The performances are solid for such a low-budget production and Gloria himself deserves a lot of credit for managing to make his character both likeable yet deceivingly enigmatic.”

The film is being distributed by MY Spotlight Independent, and is available on Amazon Prime for viewers in the U.S. and U.K. It was also just added to the catalogue at the House of Horror, a new online streaming service dedicated solely to horror films, that will be launching in September.

INDIE SHORTS MAG wrote, “As director, editor, and writer of the film, Crane gives such a twists to an as-it-is spooky celebration, that perhaps Halloween will never feel the same. ‘Halloween Party” engages the audience in not only delving into the origins of the festival but also into their own psyche to find if there’s a Ben hiding in there.” 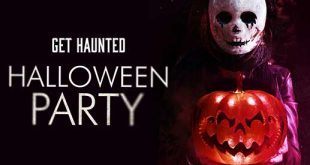 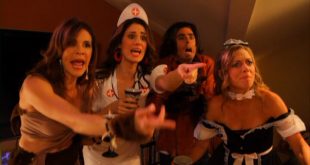