Manifestations Of Evil The Devil In Pop Culture

He goes by many names, Lucifer, Lightbringer, Satan, The Devil. The Devil has been seen as the foe for humankind since the beginning of the written word and for most of pop culture. The Devil has been seen or mentioned across the entire film spectrum. He has been seen in many forms and in many guises, lawyer, rockstar, sworn enemy of mankind even a reluctant antihero. The Devil has captured our imagination for years because we all have that voice in the back of our heads telling us to act on our darkest impulses, and deep down, we sometimes want to listen. So lets take a dive into some of the greatest portrayals of The Devil.

Based on the character from the pages of The Sandman and later his own series Lucifer, this version of the devil has grown bored of being the king of hell and seeks to explore human life, ironically in the city of angels. Portrayed brilliantly by actor Tom Ellis this depiction of the character represents the rock star side of the devil. He is well dressed and smooth talking with a sharp wit, and is the life of the party. He is presented as a  misunderstood figure, a rebel who didn’t want to live his life the way his father envisioned .

He’s not good by any means but he is certainly not evil. He leaves hell to explore the world and what it means to be human. Lucifer in this series is an angry loner who feels abandoned by his family and seeks to find his purpose in the world. Throughout the series we do see his dark side in how he relishes in punishing evil doers for their sins, and his trademark power of getting people to confess their deepest and darkest desires to him, however we also see his good qualities. The more time he spends around humans the more he begins to feel like one. He bonds with detective Chloe Decker and those in her life and finds purpose in helping her solve murders in Los Angeles. He is wicked cool and bad to the bone, yet possesses a heart of gold. 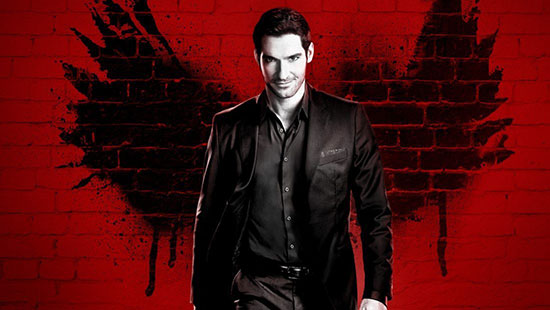 Played by the great Tim Curry in Ridley Scott’s fantasy film Legend, Lord of Darkness is the perfect embodiment of evil. Lord of Darkness has the classic devil look, blood red skin and horns  with a massive body and piercing evil eyes. His ultimate goal is to bring on a never ending night across the world and destroy all that is good and pure. He is powerful, sadistic and evil but, like most incarnations of the devil he is also very charming. His infatuation for Princess Lili is particularly disturbing. He doesn’t just have feelings for her, he lusts for her.

He finds her Innocence and purity to be intriguing and seeks to corrupt her and make her a being of darkness like himself. Whenever he is on camera he draws all focus onto him. This should come as no surprise given the  natural charisma Tim Curry brings to the role. He is playing an ugly red skinned devil and you can’t help but like him. My favorite scene with Lord of Darkness has always been when he tries to tempt Princess Lili to his side and delivers that chilling line “Through dreams I influence mankind, my dream is of an eternity with you. Princess I offer you this rose.” He lusts after her, he is tempting her but he doesn’t want to just take her. He wants her to give herself over to evil willingly. 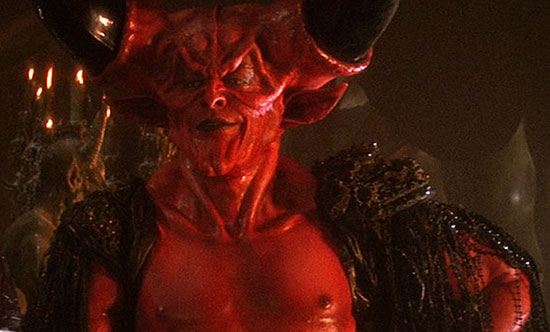 In the 1997 film The Devil’s Advocate Al Pacino played the devil as we have never seen him before portraying the most evil thing imaginable at the time. The head of a Manhattan  law firm. Pacino brings his A game to this role as the devilishly charming John Milton, aka Satan. In this film the devil doesn’t have red skin or magical eyes to force someone to confess their sins. There is no power over the forces of darkness or demonic possession. He merely sets the stages, gives you a push and lets you corrupt and destroy yourself. The Titular character Kevin Lomax played by Keanu Reeves is a hotshot defense attorney from Florida who has never lost a case.

Why? As Milton so aptly stated  in the film “Because he’s so fucking good”? Maybe or because his father is The Devil. Lomax wins because he doesn’t care if his clients are innocent or guilty thats not his job. He’s a lawyer and he doesn’t lose. Throughout the film Kevin keeps gaining more wealth and power while working at Miltons firm in Manhattan, things are going great for him as a lawyer, as a husband not so much. His wife Mary Ann played by the amazingly talented Charlize Theron is plagued by visions of evil and is clearly suffering while living in Manhattan. He has every opportunity to walk away and be the good man Mary Ann fell in love with, and he doesn’t. This is what makes this version of the devil so wickedly evil and interesting. He doesn’t mess with free will as his says throughout the film “Free will it is a bitch.” Milton didn’t make Kevin a morally questionable lawyer or a bad husband, Kevin did all that by himself. Satan in The Devils Advocate lays all the cards on the table and lets you choose to destroy your life. He functions like The Devil in Faust or the crossroads demon in Supernatural,.He only tempts you and shows you what your heart desires but its up to you to choose to act upon it.

Whether The Devil is a rockstar, dark lord or corruption incarnate what makes him so fascinating is his ability to make people act upon their darkest impulses, and ability to corrupt even the most pure and good of humanity. That and his wicked cool sense of style.