Who Is Baron Samedi of Haitian Voodoo? 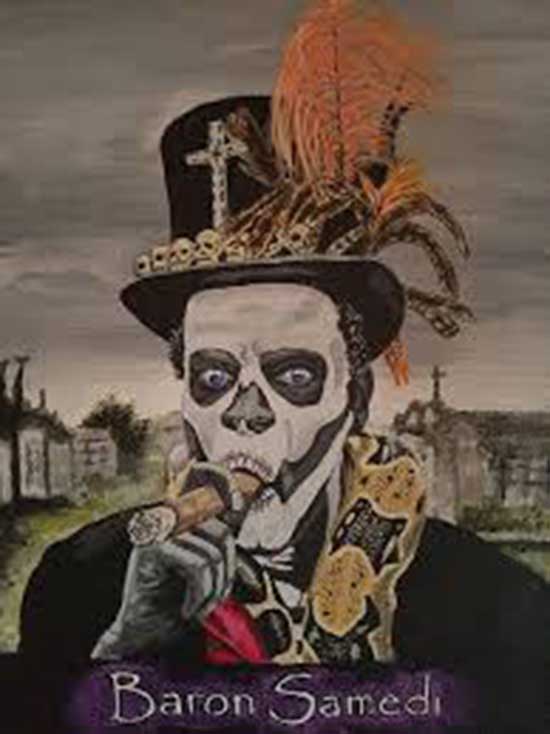 You wake in an unfamiliar location. The smell of dirt surrounds you. The dark sky is an endless expanse above. You realize you’re lying in a fresh grave. Above you, the shape of a man appears. He cracks a crude joke and laughs, a high nasally sound. He helps you out of the grave, dusting you off as you gain balance above the hole from which you’ve just emerged.

The man is dressed in an impeccable purple and black suit, accompanied by an ornate top hat. His shoes are fine leather. He smokes cigars and sips from a glass of rum. Taking a closer look at the man, you see that his face is not a normal face at all, but a skull, grinning at you from beneath his black hat.

He introduces himself as Baron Samedi, Master of the Dead. Confused about how you came to be lying in the bottom of an open grave, he explains: The grave is yours. Baron Samedi dug it for you himself, to grant you passage from the mortal world. He cracks more jokes, drinks and smokes some more and welcomes you to the afterlife.

Baron Samedi is among the most well known figures within Haitian Voodoo. His distinctive look, the purple suit and skeletal face, has made him memorable both within both the religion and in popular culture.

Haitian Voodoo is a type of syncretic religion, developed in Haiti when West African slaves were forcibly converted to Christianity in the 18th century. A syncretic religion is the combination of two or more separate theological or mythological belief systems. In the case of Haitian Voodoo, the combination of West African beliefs intertwined with Roman Catholicism, creating the religion we see today. 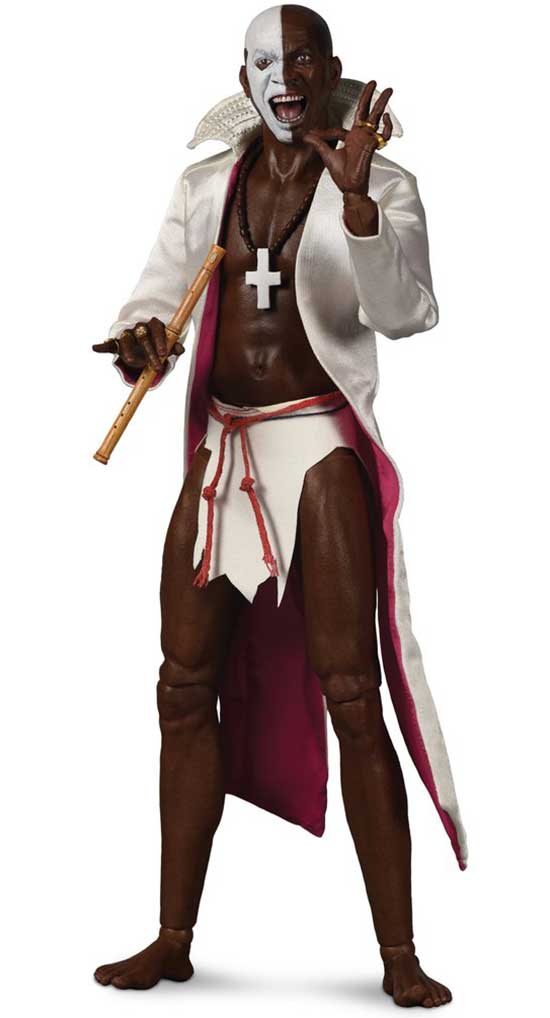 Within the belief, the Supreme Creator is known as Bondye. It is an unknowable, and uncontactable entity and does not involve itself into the goings on of the mortal plane. As such, practitioners of Voodoo focus their worship toward spirits subservient to Bondye called Loa. 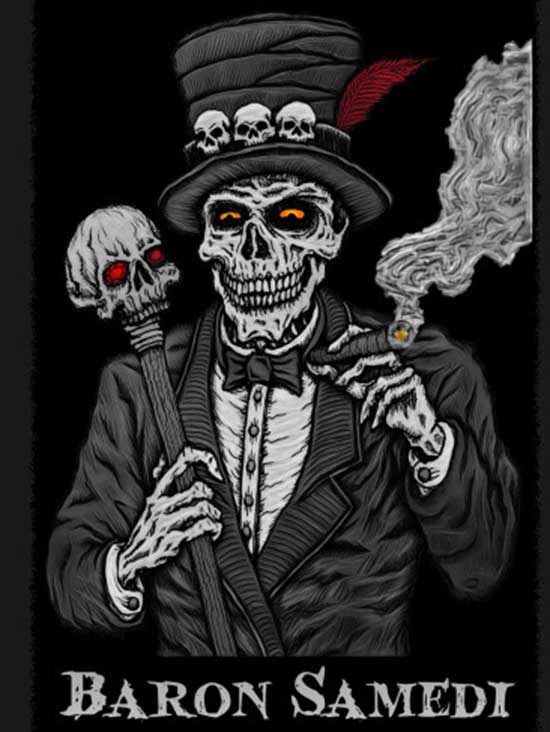 The Loa are divided into various families, known as Nanchons. Each Nanchon has a particular style which guides the Loa within the group. For example, the Rada Loa are generally water spirits. Rada Loa are known to be less aggressive than other Nachons, such as the Petro Loa. Papa Legba, mentioned earlier, belongs to the Rado. He is a spirit which facilitates communication and understanding.

Baron Samedi belongs to the Nanchon Ghede (also spelled Guédé). The Ghede have dominion over death and fertility. Maman Brigitte is another Ghede Loa. She is a spirit that oversees death, justice and motherhood. She is the wife of Baron Samedi.

Baron Samedi himself is the Master of the Dead. It is Baron Samedi that digs the graves of those about to die. Once buried, Samedi welcomes the soul at the crossroads between the living world and the dead, ushering the soul into the afterlife. Samedi also ensures that once the soul has left the body, the corpse will rot in the ground thus preventing the body from being used as a zombie.

Having control over the passage into the afterlife, it is Baron Samedi’s decision to allow a living person to die or not. At his discretion he can choose whether or not he will dig the grave to welcome the newly dead into the underworld. 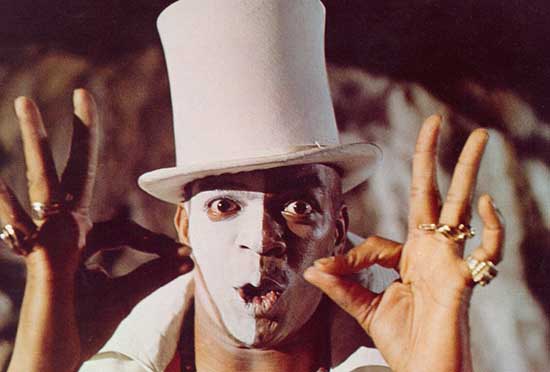 Baron Samedi has been displayed in film and pop culture several times. In the 1973 Bond film, Live and Let Die, Samedi is portrayed by Geoffrey Holder. Within the film it is left unclear if it is meant to be the actual Baron Samedi, or merely a henchman of Mr. Big who assumes the identity of the Loa.

The Shadow Man (voiced by Keith David) from Disney’s The Princess and The Frog is directly inspired by Baron Samedi.

In a bizarre choice, American Horror Story: Coven featured a character whose visual design was clearly modeled after Baron Samedi. The character was not technically Samedi, however. The character’s stated name was the aforementioned Papa Legba. Like Samedi, Papa Legba acts as a bridge at the crossroads between life and death, allowing the living to communicate with the spirit world. However, Papa Legba has no authority over the bridge from the physical world into the spirit world. He merely facilitates communication. It is Baron Samedi alone who welcomes the living into the afterlife.

Baron Samedi is a memorable figure within Haitian Voodoo. His visual design is striking, and his mythology is fascinating. He has long been one of the most notable entities within the belief, and if his representation in media is any indication he will remain a compelling presence for years to come. 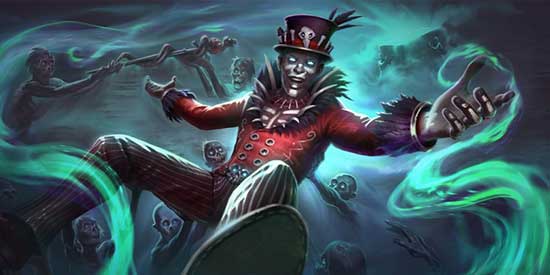