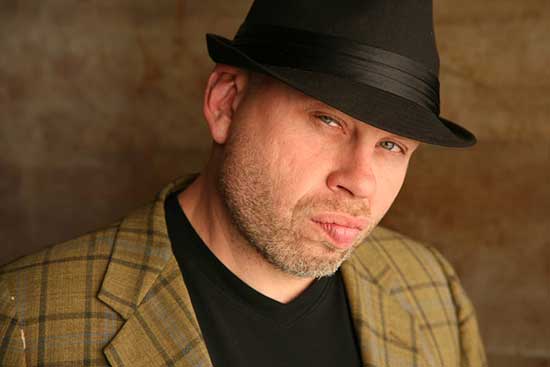 “Vince Lozano, known for playing Jacoby in Pirates of the Caribbean, is available for interviews to talk about his illustrious career and new film Acts of Desperation, which he stars in and produced.

Lozano, born and bred in Cleveland, has also appeared in such films as Encino Man, Father of the Bride Part II, The Seekers and Swelter with Jean-Claude Van Damme. His TV credits include American Horror Story, The Last Ship and Training Day.”

Actor/Producer, Vince Lozano with his gravely, intense voice that you could listen to all day long took time to do an interview with Horrornews.net. He talks about his new film ACTS OF DESPERATION and life and offers some motivational words. His love of films and acting certainly comes through. His talent is on another galaxy level. He has starred in everything from: “Charmed,” “Pirates of the Caribbean: The Curse of the Black Pearl,” “The Dead One,” “American Horror Story” and so many more films and television shows. Check out the interview and see what Vince had to say.

Hi Vince, First off it is such an honor to talk to you. You are so talented. I love so many of your films.

Vince- Awe, Thank you so much. I appreciate that. Thanks for having me.

Tell us about your character in the film, “Acts of Desperation” because this film is great and you did an excellent job.

Vince – You are so flattering. I play Floyd and a good friend Chris Coppola, plays Stu. We are the comedy relief of the film and we are these two stoners who live in a VW van and we just want to get stoned and eat pancakes all day and make money without having to work. We are just a couple of dimwits trying to get through life. We are so naïve.

You two were hilarious in this movie. “Acts of Desperation” has a bit of darkness so it was cool to have that comic relief.

Vince- Right, we think we are getting the upper-hand in certain places and we are always dealt a blow. We are never coming out ahead but at least we were getting high so that kind of eased the pain a little bit.

What was it like for you working with the Director, Richard Friedman?

Vince- This is not the first time I worked with him. He is my producing partner. The thing that I love about Richard is that he really knows how to communicate with actors. He makes the set safe and gives them the freedom to experiment and take risk. He lets them run with the character and if he feels something is not working he will let you know. I think that is the best part about it because he truly understands the script inside and out. He understands the characters and feels confident in a way that he understands that his actors will do a good job for him.

You have played such a wide variety of different characters. Do you have a certain process going in to prepare?

Vince- I always try to prepare as much as possible before I play any role. I try to find the need, the wants, the relationships and the conflict in the character in the story and then try to find a unique way to find that organic trait to bring out in that character. Then the great part about this role is that Chris and I have been friends for so long that you know, we have this friendship where we are in the same fantasy football league, we’re completely different when it comes to sports teams so we already have this banter of pushing each other’s buttons. So we used a lot of that in the film. I really do think it is important to prepare, know your lines inside out and take risks and not be afraid to improvise in the moment.

You have directed before. Do you think you will direct another film?

Vince- I hope so, down the road. Right now I am having so much fun acting and producing. Directing is a whole other ball of wax. You are basically the Captain of the ship and you’ve got a lot of people under you. You have to make sure that everything is going the way you want it to go because ultimately it is your vision because you are the director. But, yeah that is something I want to do again. Maybe there is a script that comes across? I do have a script that I’ve written called, “Brick City.” That is definitely something down the road that I think I will do.

That would be cool.

Vince- I think I have a decent eye and I communicate with actors really well.

Vince- Next, I am working on a TV show called, “Solve.” I don’t know when it is out but it is a new streaming show. Then in a couple of weeks I am working on a film with Carrie Mulligan called, “Promising Young Woman” where I play a hit man. Then I have a TV series coming out soon called, “Golden Revenge.” That’s what I got going on next so far.

So cool. I am excited. What do you want to say to the fans that will be watching “Acts of Desperation” and to your fans because you have been in so many great films.

Vince- Indie films need everyone’s support. If you get a chance to rent it or to buy it on any platforms we really need the support so that way more indie films will get made. This is a really fun and interesting film with interesting characters. It truly is about life in a way because it is about love, wanting to be loved, it is about having money and being appreciated. I think a lot of people will connect to “Acts of Desperation” so please support us. And as far as any message [to his fans] just stay positive and always believe in yourself. No matter how low you feel or how down you are feeling there is always light at the end of the tunnel. If you ever have any questions reach out to me. You can find me on Instagram @VinceLozanoPage, I answer everybody’s questions and anybody that reaches out I do take the time to respond. 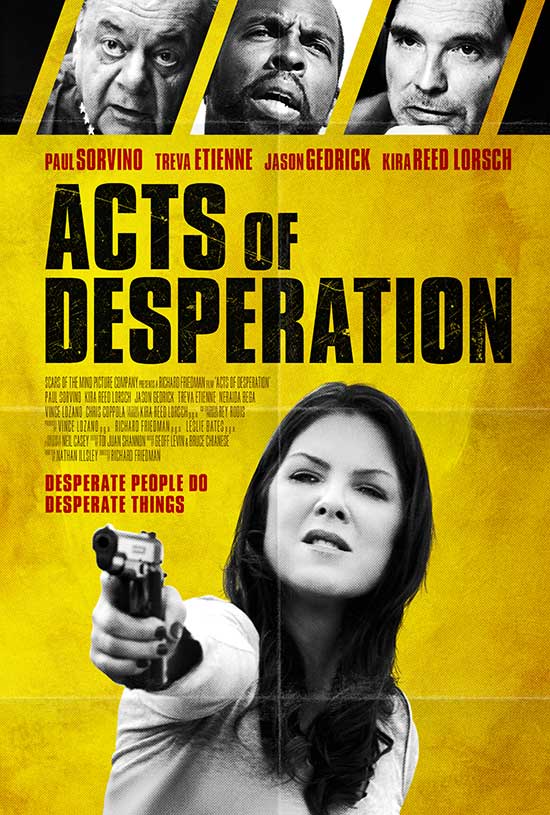 Thank you Vince so much. “Acts of Desperation” was so good. You do sort of feel Jason’s desperation and you feel all the stuff these characters are going through with different personalities. I agree with you. It really is about life and you guys seem like you worked together forever. It is a great film.

Vince- Thank you, thank you so much for taking the time out and seeing the film, doing this article for us and spreading the word for us. This is how these films become successful. Getting it out to your community and hopefully they will love it.

Vince- Thank you and if you ever need me again, you know where to find me.