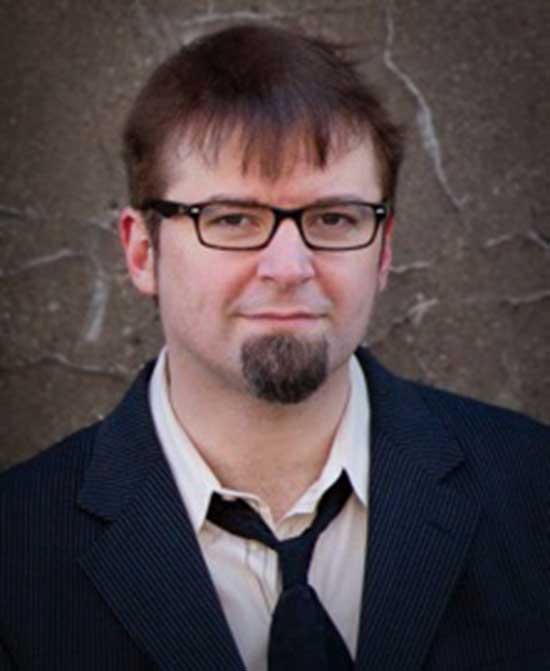 David Tarleton is a filmmaker. He directed the new film “Hunter” written by Jason Kellerman. David Tarleton took time to speak with Horrornews.net.

Hi David, Tell us about “Hunter” and why you decided to direct the film?

David- I am a producer, director and editor and I’ve been directing projects professionally my whole life really. So I was originally introduced to Jason Kellerman through a mutual friend and he had written a draft of the script. I met with him and talked with about the project. I was really excited about it, I thought there was a lot of potential in the idea. After meeting with him and then his producing partner, Morgan Eiland we all decided to work together. I really felt like the story and the material was really compelling. It’s a genre piece but I also feel like but it also felt like we were trying to say something.

I felt that way about “Hunter.” You take away a little something extra from this movie. It is a good story and you cannot believe the intensity.

David- Yes that is what we were trying to do. Thank you. Part of was the impulse towards exploring what does a character look like for an actual person to go through this kind of traumatic experience. How does it change them? We were really interested in the way that Hunter’s life was destroyed by what happen to him. All the things that he went through and how it affected him.

This cast is so amazing. Every one of them did a great job. It was sort of like they have worked together forever. What was the directing process for you?

David- yeah, thank you. I think we had a pretty amazing cast. We were fortunate to find the people that we did. So my wife, Adria Dawn, she and I work together all the time. She was the casting director on this project. She was also Sybil in the movie, the woman that tries to stab Danni. So Adria was an enormous help as far as finding people in the Chicago area. The vast majority, really all but one in the cast are in the Chicago area. Chicago has such a wealth of acting talent. The only person who isn’t from Chicago is Nick Searcy (he plays Volakas) (Jason Kellerman lives in New York now) and we brought Nick in to do the film. Everybody else was from Chicago and such a pleasure to work with, just enormous talent. Rachel Cerda who plays Danni. I things she’s just a star, she is just great. I’d work with them all again in a second. 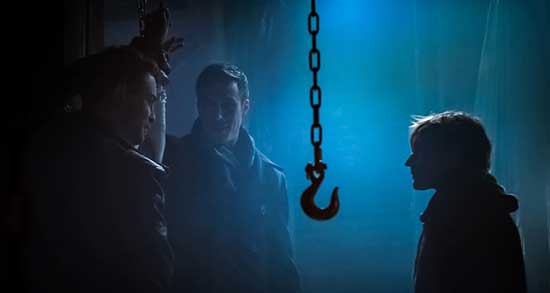 Adria, your wife is so talented and Sybil was a great character.

David- Thanks. I’ll tell her you said that. She had a great time doing the role. She really could dig into it.

Do you think that there may be a sequel or what is next for you?

David- So yes we would love to keep telling Hunter’s story. One of the ways that we always conceived of this movie was as an origin story. It is very much about where this character comes from. I know I have a lot of ideas and Jason who wrote the script has actually written out a show bible to potentially do it as a series. I think it could potentially run as a television series. Maybe something on streaming? There is a lot of possibility for the character. I’d love to continue to see Hunter’s story. My wife Adria and I are currently working on a feature-thriller that we wanted to do together and she will star in it. We are really excited about that. I don’t want to say too much about that.

No, no…. Totally understandable.

David- I don’t want to spoil something that we haven’t even finished writing yet.

That is cool though. I’d would love see the potential of “Hunter” as a series, maybe Netflix, Hulu or any of the streaming sites. Even television?

David- Absolutely. I think there is a lot of potential.

Were you a fan of Horror growing up?

David- I’ve always liked scary stories. I’ve always had a soft spot for scary stories, for gothic stories. In this particular case we are really playing around with how do we set in this in kind of a really gritty urban environment? What do vampires look like in that kind of context? 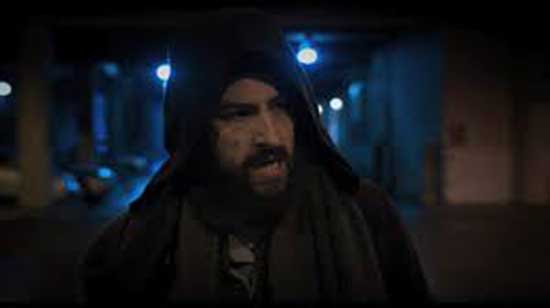 What do you want to say to the fans/audiences that will be watching “Hunter?”

David- Well, I want them to know that I hope that they are entertained. It is a really exciting movie. The movie is a lot of different things. There are action parts of it, there are scary parts of it and romance at the core of the story. There’s a mystery about what happened to Hunter. I hope people watch it and enjoy it.

Well, you are so talented and I thank you so much for taking the time to talk with Horrornews.net. I hope we get to speak again for the next film.

David – Thank you so much. It was so nice meeting you. 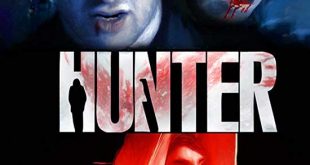