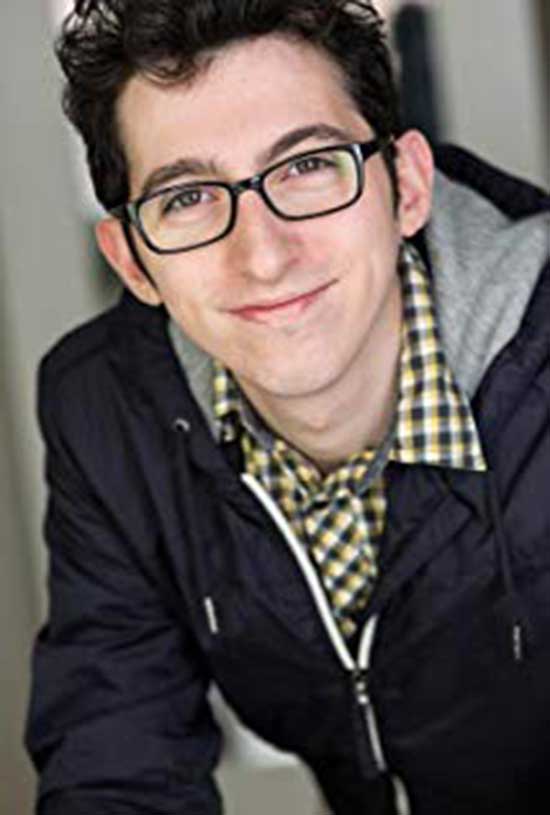 Zack Weiner wrote “Pledge” and portrays David in the film. This film is scary and imaginative and different. Zack took time to do an interview with Horrornews.net.

Hi Zack, How are you?

Zack- Thank you for talking with me.

Thank you for talking with me. PLEDGE was good, but crazy good. I swear I learned something from this film. It also made me kind of glad that I take college courses online. (Laughter)

Zack- Well I am so happy to hear that. I am glad you liked it.

Did this film come from personal experience? You wrote such an amazing script. How did this idea manifest?

Zack- Some of it was personal in the broadest sense because I wrote it right after I had this big falling out at a liberal arts college so it wasn’t in the context of a frat but it did feel similar. I also read “Skull and Bones” was some of the inspiration too. I guess we have also been hearing so many of the stories. It really just stuck out. That is probably the biggest thing. I like horror movies and I was thinking of ideas and this is terrifying. All of my friends are doing this, they are hazing each other.

I have to talk about the rats and a certain scene where some of you are stuck downstairs in that basement type of building which seemed claustrophobic. Also the rats. Where the rats a sort of symbolism?

Zack – Its interesting. I think we all brought something. Daniel, the director might have a different take on the rat symbolism. My inspiration for it was my Uncle gave a speech at my little brother’s bar Mitzvah where he said, “even if you win the rat race, you are still a rat.” That was something I was thinking a lot about. The whole game was making them all into that panicked, tunnel vision view. Also they are terrifying, I am very afraid of rats. I don’t know about you? How are you on rats? 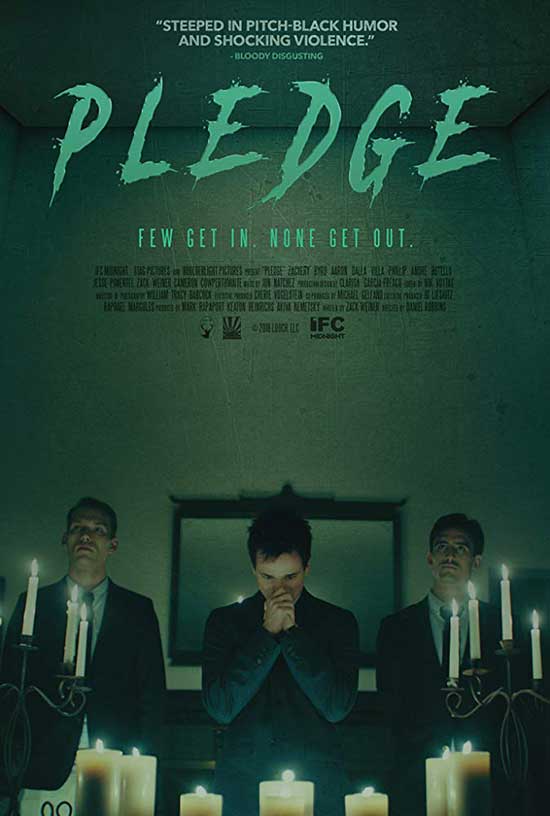 They don’t really bother me. (Laughter) but I would prefer them to just stay away. (More Laughter)

Zack- That is a good standard.

Is there any chance of a sequel or what else are you working on?

I think it would be interesting to see what the girls would do versus the guys?

Zack – I’d just be curious. The little bit I’ve heard, it would be emotional which is scary in a different way.

I do know when I was watching this. The first thing that went through my mind was oh no don’t go in that house. It just didn’t seem right but were you thinking about that while writing?

Zack- yes, we were definitely banking on the fact that everything in the movie and all the hazing. It is all real, most of the stuff and that stuff is really done. We thought that would help us. It did bother me, I felt it needed to be answered.

The Ben and Sam was so shocking.

Zack- Oh, fantastic. We worked that in a little later.

What do you want to say to the fans that will be watching “Pledge?”

Zack- I want to thank everyone for watching it and I am really excited that you are. I learned from this whole experience is that it is fun and hard but it is really doable if you are working with a lot of talented people. I think it is really fun.

You also play David in the film. What was that like for you?

Zack- It was fun but a little challenging on-set at times because I was also trying to think of how the scene was going. The branding scene we wound up re-working on-set. As far as the character goes, I relate to David a lot, I feel like David is a big part of myself and I feel sometimes I have a little bit of an overriding desire to be accepted. Some people came up to me and said they found the character to be frustrating and they said it was annoying. I guess over earnest.

I don’t think David was annoying. I think David wanted to try and be accepted like you said. He wanted to sort of help his friends but he wasn’t fully sure maybe if this was the right thing?

Zack- I am glad you thought so. In terms of that part I relate.

One of the scenes that is sticking with me involves bottle caps. That was something so random and again, it makes you sort of rethink the whole college experience. All of the stuff that is happening to you guys is horrible.

Zack- I agree and Daniel would especially be excited because Daniel found that and it is a real. We saw that in a Todd Phillips documentary. That is a pretty standard one. I will say that most frat guys do the hazing with some good intentions.

Without giving away spoilers, do you have a favorite scene?

Thank you so much. It was an honor to talk with you. I really enjoyed “Pledge,” it is so good. The dialogue and the scares. It was great.

Zack- Oh my God, Thank you. It was so great talking to you. This has been a great conversation.
Thank you.

Zack- One thing I do want to say is a lot of the lines were improvised by the actors.