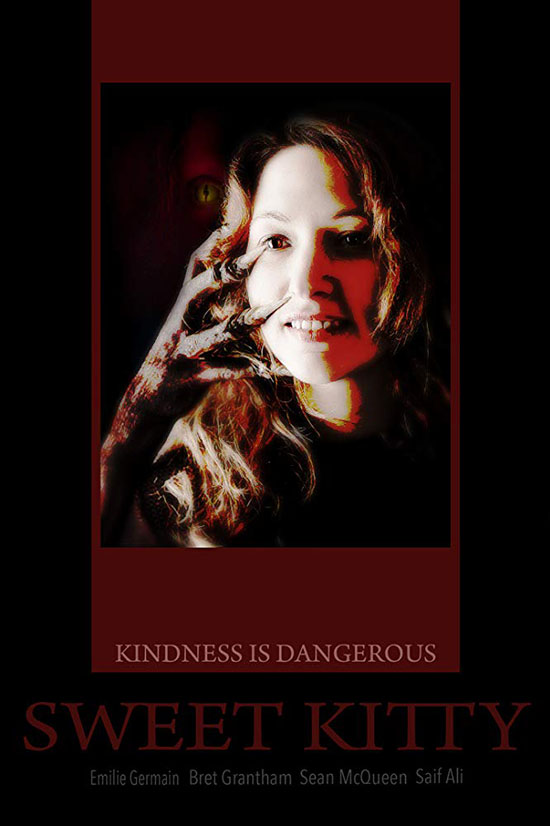 Friends are put to the ultimate test when a Demon invades their internet startup.

Sweet Kitty is a 2017 film written and directed by Kurt Nangle. Unlike other films of the genre, “Sweet kitty” takes more of a high-tech startup approach than other films I’ve seen as of late setting foundation in a very silicon valley sort of vibe. The film wastes no time into diving into the technology as a theme central point, however don’t let that discourage you as this movie is on a mission worth staying for. While the initial direction caught me off guard, in the sense that it took me a little longer than usual to feel its purpose, that pursue became clear as the characters developed and the intention started to play out.

So let’s dive into the premise a bit to help sort things out. Right out to the gate the film begins with a focus on its latest app “Tune-A-Meme”. An app that while struggling to find a place in the world seems to have caught the attention of a few users that have gone viral with their experiences. One in particular is an elderly lady, Judith, who appear fascinated by the sounds it has been churning out, To clarify a bit more, the app has a complex algorithm that identifies photos and produces or triggers an audio music track based upon the image. The idea is an original one for sure, but not surprising seeing the way fledgling apps take off in the market these days.

Our main characters of the film consists of Marley (Emilie Germain), business partner, CTO and head programmer on this project, Caleb (Bret Grantham ), the main driving force behind the company, head of operations, and main source of funding, and Salvi (Saif Ali),head of Marketing. Our 4th lead character is Marcus (played by Sean McQueen), an EMT, the landlord and recent love interest to Marley.

Marley, who is intent on capturing new sounds to elevate the user experience, becomes more and more obsessed with tweaking the apps algorithms often with a more ominous droning than its original design. Though things really take a turn when one of their users commits suicide during a service chat. This appears to introduce an unwanted demonic entity into the apps itself thus bleeding over into its creators reality.

“Sweet Kitty” is a film that goes thru evolving transformations. From a production standpoint camera shots and the main cinematography are carefully shot to introduce this change and sense of foreboding looming overhead. Often lighting and coloring phase in and out of carefully planned sequences that help to not only drive the narrative, but take the audience into new experiences to support this direction. As this looming darkness becomes more apparent to the story, its intended circumstances also begin to introduce special fx and placement. Placement that appeared to me to be slightly influenced by the Asian horror genre, but with that said…in a good way. 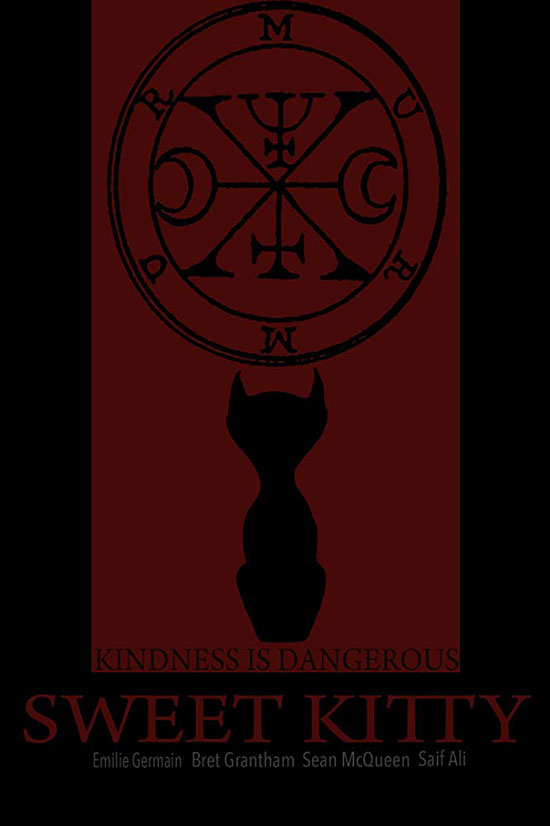 With this is an increase in hallucinatory segues and time lapses that are central to the projections of a demonic entity now making its ways into the characters lives. Key to this is the emergence that develops within Marley (often influencing her to not only invoke change but commit murders under the demon’s influence). It later becomes clear that the demon is intent on driving Marley to sabotage the project and all involved however I tend to believe that its the host itself that provides the main attraction.

Wrong Door Productions is a new production, with “Sweet Kitty” being their debut feature release.

It was apparent to me upon completion of viewing that the film team here was well-versed in their abilities as film makers themselves, but of proper usage of sound and background scoring. The music or soundtrack of the film is almost unnoticeable in the sense that it is key to the experience rather than just being overdubs forced to fill in the silence. I found this aspect to be impressive enough that it was worth mentioning not only to the film, but to the composers who designed it.

“Sweet Kitty” in undoubtedly a unique form of horror film that takes different paths than the status quo. While offering harrowing moments to offset the more technical aspects, it stands as an impressive first release for this company. With that said, I firmly believe that Wrong Door Productions is suited to do more great work in the future while offering a great experience with “Sweet Kitty” in the meantime.