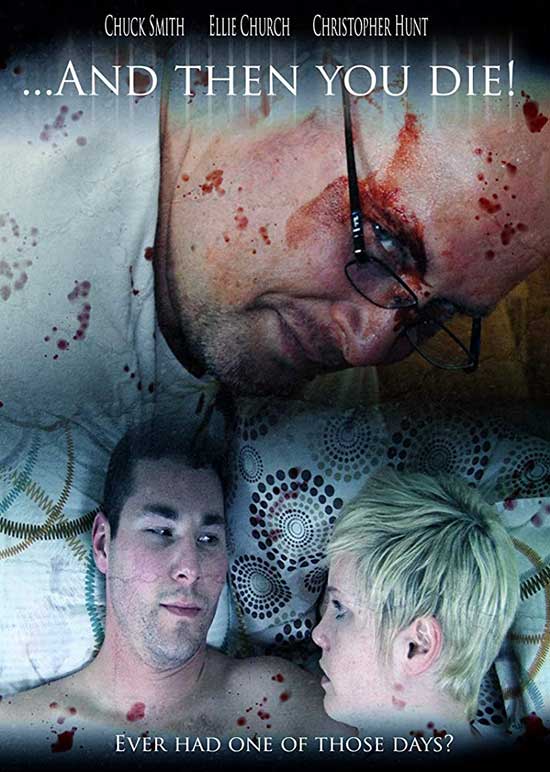 Ever have one of those days where nothing goes right and everyone is out to get you and there isn’t a damn thing you can do – or is there? Life’s a bitch, and then you die.

In a world where nothing ever seems to go right, bad luck abounds, and every single human being is a downright S.O.B., Sam Wallace (Chuck Smith) just wants to go to work and come home to his lovely wife. Is that too much to ask? According to writer/director combo Daniel Murphy (House of Whores, Blood Moon River, and the upcoming Death Care) and Brian Gaillard (this is his writing and directing debut), in the …And Then You Die! universe, yes, it really is. This movie was originally released back in 2013 by HM&M Films, but a director’s cut is forthcoming through Wild Eye Releasing, which means it’s a great time to look back at this rough, cynical, nihilistic slasher. 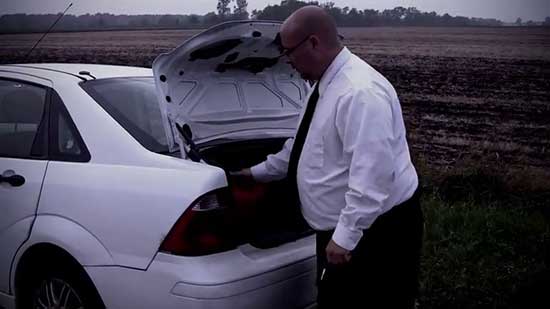 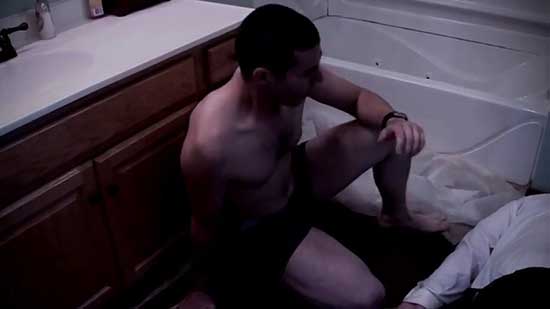 Sam has always had it rough; his dad killed his mom when he was a baby, his foster parents beat him, he was bullied at school. Still, after all of that, despite having every opportunity to give up, he has managed to secure a good job, buy a house, and marry the lovely Tessa (Ellie Church in her feature debut; see also Harvest Lake, The Bad Man, Amazon Hot Box). Lately, though, things haven’t been going so well. He and his wife have been arguing a lot, and his boss is a jerk, which has put him on thin ice at his job. So when he runs out of gas on his way to work, and no one will help him – not his buddy Brad (Christopher Hunt; Bonejangles, Found), not the truck full of kids who drive past, not the people down the road, not the cops nor the tow truck that arrive at the scene, and not even his wife – a chain reaction of bad begins. He gets fired, then walks home to find Brad and Tessa in bed together. A fight ensues, and Sam is beaten to a pulp, then driven to the woods and left for dead…but he’s not dead, and he remembers every single jerk who pissed him off. 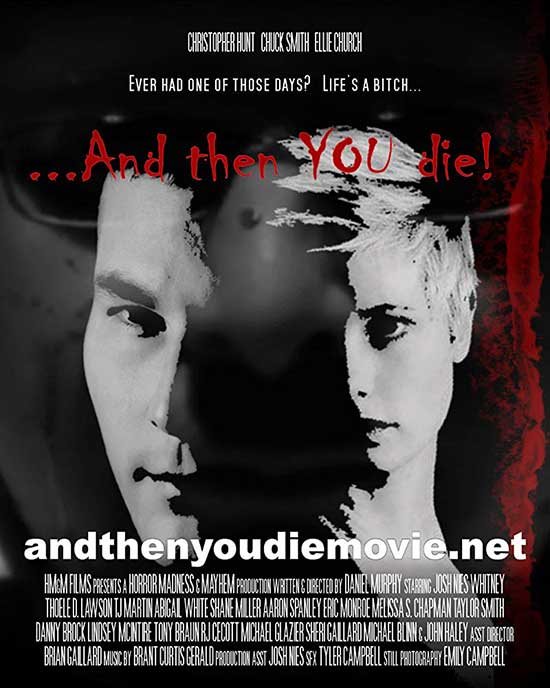 …And Then You Die! is reminiscent of Joel Schumacher’s 1993 angry white guy opus, Falling Down, but minus the intricacies and nuance and character development. In other words, it’s Falling Down as a straightforward slasher. Sam literally goes one by one to all of the people who pissed him off and does them in. He’s clearly had the breakdown of all breakdowns, so he doesn’t worry about the magnitude of their offense – in Sam’s eyes, the kids who flipped him the bird and teased him are just as guilty as the friend who has been screwing his wife, and just as deserving of his wrath. This leads to some great slasher-style kills: crowbar through the skull, burned to death, grilled alive, and the always-classic death by woodchipper. And much like the average 80s slasher film, we can’t be bothered to care much for most of the one-dimensional victims. In fact, these people, every last one of them, are some of the most irritating, downright hateable characters around, with the only exception being early-Sam, but once he loses it, the audience struggles to care about anyone in the film. We’re all in for the creative kills, but as far as story goes, there’s little we still have to look forward to. 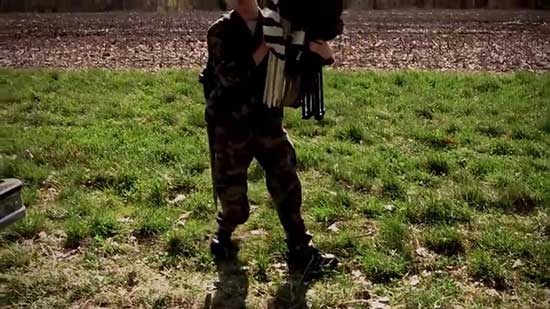 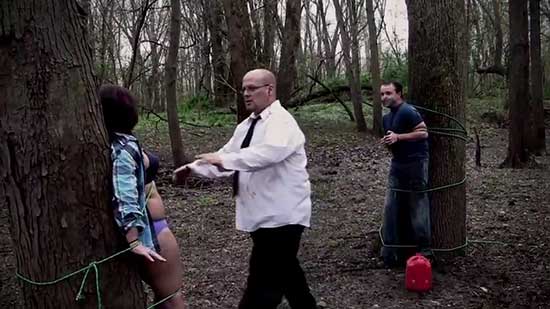 Then again, don’t let nit-picking dissuade you from checking out a unique, well put together, low budget slasher. Sure, it drives me a little crazy when a character seems to be narrating what they are doing, as if we couldn’t tell (Sam has a moment or two like this when he’s stranded and saying out loud that he’s going to check a nearby house to see if they will help).

And there is a somewhat morally-reprehensible final vengeance delivered by Sam that will probably cause some audience members to question the intent and character of the film. But there’s the key word: “film.” …And Then You Die! is just a film, one that never claimed to be making a moral statement, but instead is here for the entertainment of a niche audience. It’s the perfect movie to put on when everything and everyone seems to be raining on your parade, as Murphy and Gaillard have taken familiar problems, like forgetting your coffee on the roof of your car, or being stuck behind a slow driver when you’re running late, and given us an extravagant, fantastical, ultra-violent response to them. The movie isn’t perfect, but it’ll be great for low budget slasher fans and anyone who has a shitty job and wishes they could tell their boss where to stick it.