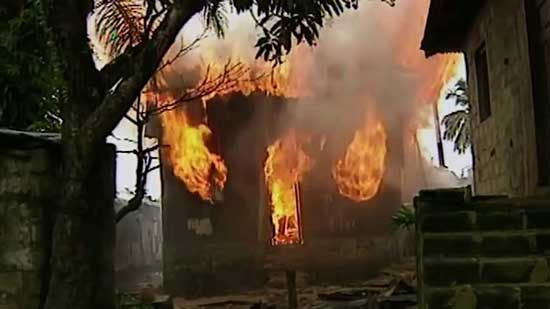 This film is a no holds barred shockumentary narrated by the blogger Mike Lima about the alleged baby foetus eating scandal.

Taking a page out of Jacopetti’s Mondo Cane and Conan LeCilaire/John Alan Schwartz’s Faces of Death, filmmaker Bazz Hancher (Liquid Sadness, White Goods) has managed to put together a “mondo” film for the ages: Cibo di Violenza (aka Food of Violence). Weighing in at only about 12 minutes, this shockumentary still manages to pack in plenty of potentially offensive material and upsetting images. Actually, it would be hard not to, given the subject matter, but Hancher (along with blogger Mike Lima, co-writer and narrator of the piece) makes sure to give it a little something extra, cranking it up to 11 while at the same time still carefully balancing shock with “reality,” never once going overboard and falsifying the whole set-up, something so many previous entries to the genre have had a hard time with (looking in your direction here, Faces of Death). 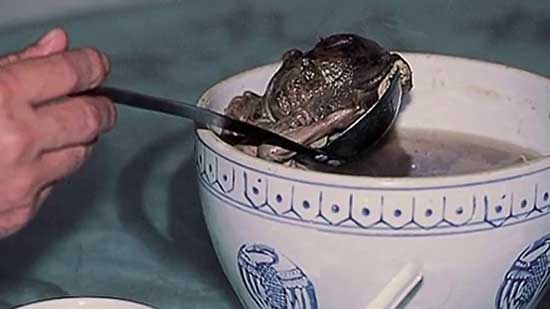 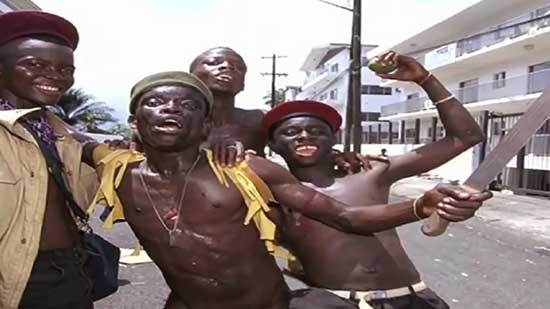 The premise of Cibo di Violenza is quite simple and straightforward. This is a brief investigation into the alleged eating of aborted human fetuses, specifically focusing on two men who claim to have eaten said fetuses. There are segments with each of these men – the first is in an anonymous interview style, with his voice altered and his face blacked out, while the second man is filmed in his own kitchen, telling the camera his story while cooking up a fetus soup. There is a discussion of cannibalism, both in the real world (Liberian warlords claim to eat their victim’s hearts) and in film (clips of Italian cannibal films, i.e. Cannibal Holocaust, Cannibal Ferox, Anthropophagous). Origins of the fetuses are posited, as well as how they are smuggled from one place to another, and the film ends with “facts” about large corporations having been involved with controversial American clinics in not only procuring the fetuses, but in producing products with fetal bits as an ingredient. No ultimate answers are given, but in classic mondo tradition, plenty of “morality” is leveled on the audience. 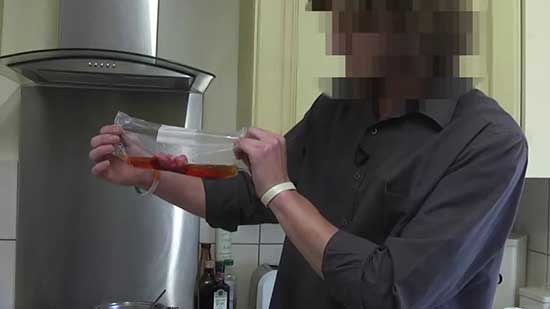 Speaking of tradition, this shockumentary does a great job hitting all the points that a film of its type would have been expected to hit at their popularity peak in the 1970s and 80s. It opens with a bit of awkward morality right up front – “One of the worst experiences a woman could endure must be abortion” is a pretty heavy-handed statement, especially seeing as how there are no women represented in the film – then closes with a bit as well, a classic yellow journalism tactic. Authentic animal scenes are added in, not once but twice, a staple of not only the Faces of Death series but so many of the mondo films (see also This Violent World, Savage Man, Savage Beast, and Mondo Cane, among many others). The sensational(ist) narrator, Mike Lima, quite often resembles our old friend, Dr. Frances B. Gross (Faces of Death), in his approach and commentary. It’s even got an Italian title, harkening back to the glory days. The only thing really missing here is a bit of voyeuristic female nudity thrown in purely for the titillation factor. But most importantly, more so than any other factor already listed, is the uncertainty of the subject matter: Is this real, or is it fake? Or is it a combination, much like most of the mondo films are? This is a question for the viewer to ponder, and Hancher doesn’t make it an easy one. 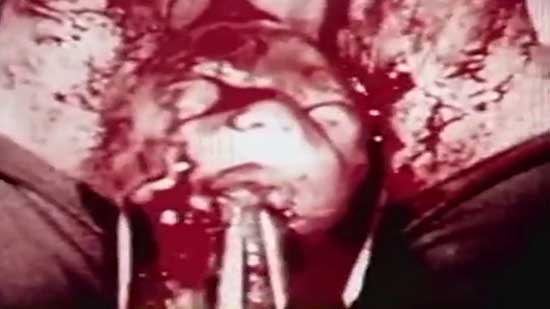 Cibo di Violenza is only 12 minutes long, but it is a shocking 12 minutes. It manages to fit silly, shocking, upsetting, enraging, and more all into this brief runtime, and most importantly, it is memorable. There are very few “uncharted territories” left in our world, which is probably why the mondo genre has fallen from its former place of intrigue. But Bazz Hancher managed to find a gray area and appropriately exploited it for all its worth. This will no doubt offend a number of people, just as it will convince others who have Iamright.org bookmarked on their internet browser. Bottom line: if you love the sensational, exploitative, not necessarily 100% honest filmmaking that was the mondo movement, this is an absolute must see. If only it had gotten a VHS release…we can only imagine what kind of cover art would have drawn us in.