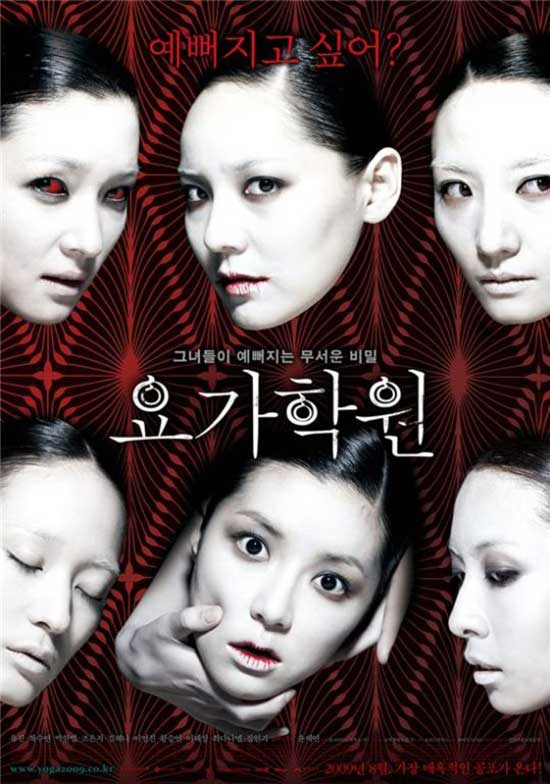 After the co-host of a shopping channel TV show loses her job to a younger rival, she enrolls in an intensive yoga course. The very strict trainer informs her students that there will be serious consequences if they do not follow her rules.

Yoga, also known as Yoga Class, Yoga Institute and Yoga Academy, is a 2009 fantasy horror by the director Jae-yeon Yun. After a shopping channel host Hyo-jeong looses her job to a younger presenter, she decides to take part in an exclusive yoga course that promises immortal beauty for those who successfully complete it. Owned by an enigmatic ex-actress Kan Mi-hee and run by equally mysterious instructor Na-ni, the course offers seven days of intensive yoga training with the goal of achieving kundalini (a form of primal energy said to be located in the base of the spine). The participants are expected to live by five strict rules while in training: 1. No contact with the outside world, 2. To only eat at allocated meal times, 3. No showering for an hour after a training session, 4. No mirrors, and 5. Not to talk about what goes on in the institute to anyone in the outside world.

To a lot of people, rules of this nature would probably be a bit of warning sign. Restraining people’s personal freedoms tends to set a slightly cult like vibe in a setting like this and when paired together with the generally eerie atmosphere of the whole institute and the fact that the main yoga mantra actually straight up mentions giving up your soul, it definitely should have set some alarms bells ringing in someone’s head. But, as it so often is the case, our main protagonists are too blinded by their own desires to see the danger lurking around them, and soon succumb to the temptations of breaking the rules and thus seal their own fates.

The best word to describe Yoga is frustrating. Frustrating because it has all the elements of being a very good, if not great, horror film, but instead of collecting those elements in a cohesive whole, they have been thrown around haphazardly creating a rather unbalanced piece of cinema.

The biggest let down is the side plot; Hyo-jeongs boyfriend’s, Dong-hoons, investigation in to the career of Kan Mi-hee. As he looks into the life and work of the secretive actress, he unearths bizarre incidents in her past that paint her in a rather sinister light and definitely give cause for alarm for anyone closely associated with her, especially if they happen to be female. This little side story had so much potential for not only making the plot a bit more coherent, but adding further depth to the story and giving the occult, Faustian undertones more solid background. These themes are such an important part of the main story arc that it is somewhat baffling why they were not utilised in a more prevalent manner. Having the side plot running alongside the main story would have also helped the repetitive nature of the film. Without it, the second act drags on significantly and runs the risk of losing the audience all together. As it stands, the whole side story is a mere side note and feels very separate from the rest of the film. Almost like Dong-hoons part in the story was supposed to be more significant, but was for whatever reason cut short. 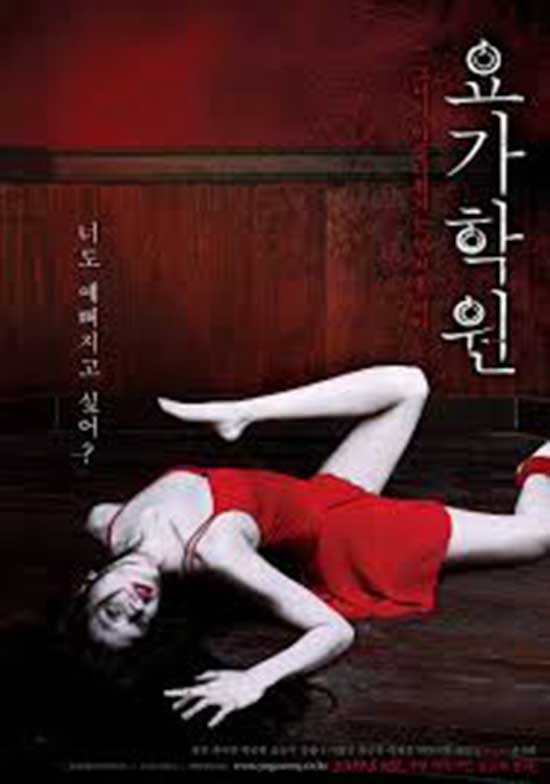 The other problematic feature is the rather confusing ending. After the inevitable has happened to our main protagonists and the mysterious main villain alongside her evil plans have been revealed, the story continues into a very perplexing finale. It doesn’t tie in with the rest of the story in any apparent way and just feels like a last minute add on to the otherwise fairly straightforward storyline. While open or perplexing endings are not necessarily a bad thing, especially in the horror genre, in this instance the execution failed massively and all you are left with is an ending that, quite frankly, makes very little sense.

That said, there are positive sides to Yoga as well. The atmosphere in the beginning of the film, with the darkly gothic sets as its beautifully fitting backdrop, is eerily mysterious and really sucks you into the story. You really want to learn more about the characters, and even more so, you want to know what sinister secrets the institute is hiding. When the film finally gets to the actual scares they are fairly well executed. They won’t surprise you with amazing originality or make you hide underneath the covers with fright, but the special effects do look decent and are a genuine joy to watch. The acting is also solidly good from all the cast members. While many of the main character are caricatures of different personality types, their respective actors play them very well and the chemistry between the characters is believable.

It is just regrettable that the successfully build ambience of the beginning is never fully realised because of the aforesaid plot issues. In addition to this, the film on whole takes tad too long to get to the actual horror part of the story and will undoubtedly lose some of it’s genre audience mid-way through. Nevertheless, Yoga is not a completely hopeless film. It’s just unfortunate example of what could have been, rather than what actually is.