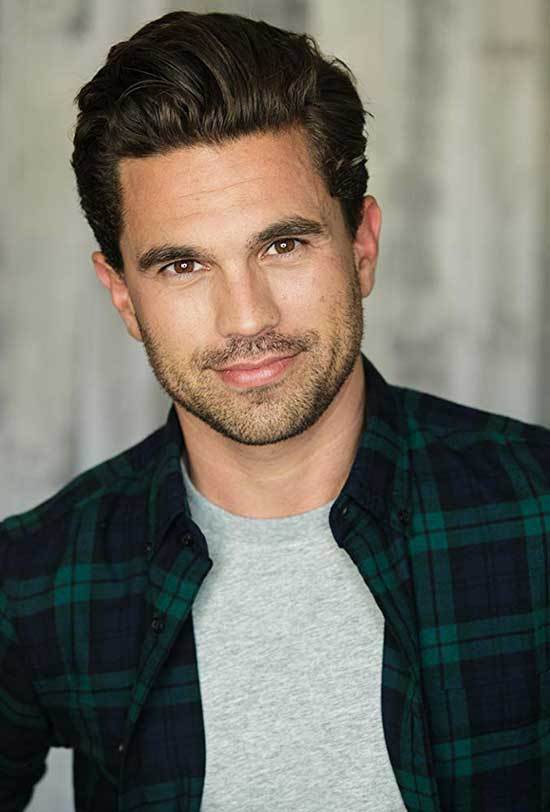 “50K. In search of easy money, a group of millennials kidnap a man and hold him hostage. When he does not give in, events escalate, and his only chance of survival is to engage in a campaign of psychological warfare against his captors, who then turn against each other.”

Hi Casey, How are you? It is great to talk to you tonight. Tell me how you got involved with this film 50K and why you decided to take on the role?

Casey- Awesome, Thank you. I have been an actor my entire life. I started acting professionally at a young age. Acting is my number one goal and passion in life and still is. So, in my adult life I have been kind of looking for horror material. So this film 50K came about in the good old fashioned audition process. I had auditioned for this film and fortunately I got a call back. The call back was an interesting scenario. The director Marc Martinez had all the actors there working together in the reading. We were getting paired up for a mix and match chemistry read. The story is ensemble based and it’s based on this group of tight-knit friends. They wanted to see how these actors worked together before casting and confirming everything. Once I met the actors I knew that everyone had strong performances.

Now, since all of you are very talented. What was it like working with all the other actors?

Casey- Thank you. That was honestly one of my favorite parts of the entire project was working with the other actors. We didn’t have much prep time. After we were confirmed on the project about two weeks after that we started shooting. We shot over fifteen days and they were night shoots. We shot every day from 6:00 PM to 6:00 AM.  As you know small cast, small crew. We got very close quickly. It was so thrilling and so exciting. It never got dull. We bonded quickly and we still talk till this day. Lydia Hearst is a series regular on a sci-fi show. Sean Ormond has a bunch of projects coming out. We support each other.

Now besides the insane schedule, what type of challenges did you face while filming?

Casey- My sleep schedule was different and staying up all night doing emotional and physical scenes. That is kind of the reward of it all. As far as challenges I would say the long hours but that is the love of movie making. 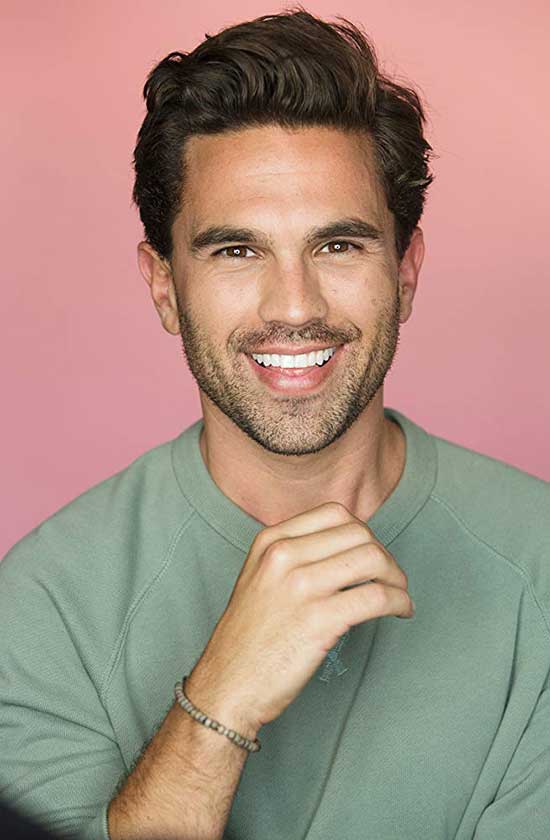 What was it like for you working with the director Marc Martinez?

Casey- Marc was great. He is super passionate. He is hands on and since we were a small crew, we had to be hands-on. He has been involved in every step of the way. He wanted to be very involved. For the premiere tomorrow night we are excited to be in the room with him watching it.

So, this film sort of seems like it will be a little psychologically draining and kind of intense. Did you take anything from personal experience to bring to the character you are playing?

Casey- Yeah, you are totally right. It is a bit of psychological warfare and a psychological thriller genre in there as well. To pull from personal experiences I kind of was trained and brought up to create back stories for my characters and having a huge imagination. In terms of preparation I created a whole back story. For me as an actor it was a great exercise. He is an interesting character because he an anti-hero in the sense.

What would you like to say to the fans and the audiences that will be watching “50K”?

Casey- I would want the audiences and the fans to have fun with it. Hopefully the audiences are able to take away or spark some sort of emotion. Whether its fear or a comedy moment. Sean has a bit of comedic relief which he does well. It will be interesting to see who the audience is rooting for.

You have done a variety of films and television shows so far. What are you working on next?

Casey- “50K” is a feature film that will be released shortly. I have a short film that I shot that will be in the festival circuit. Next off, I am producing a short film with a buddy of mine from film school that will be shooting in the fall. That will hit the festival circuit as well. Also, along with that creating my own production and content, and material. Another buddy of mine from film school. We are developing a pilot for a TV show. 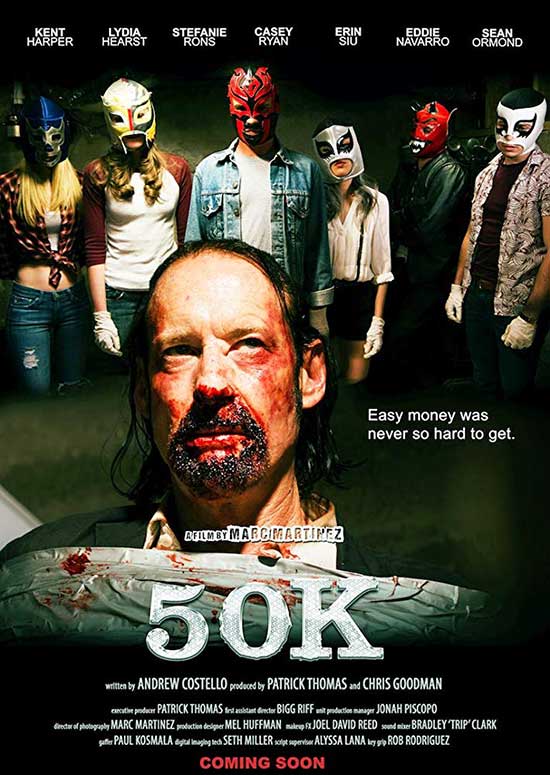 Are you aiming towards television of Netflix?

It sounds good. It is not even out yet and I kind of really want to see this show.

Did you always know that you wanted to be an actor and be in this business? Was it always your dream?

Casey- I did. Yes. To be honest it was never even something that I decided. Since before I could remember it has been the only thing I’ve ever wanted to do and I will be forever. I don’t see myself ever stopping. It is what drives me and it’s my passion. As a child I begged my parents to let me do it. They were going to be supportive and they were not in the entertainment industry and they didn’t know how to go about it. I had them drive me to auditions. I saw one of my sister’s teen magazines and I found an agency and keep in mind I was about eight years old. I went on a commercial audition and booked my first commercial. I worked in theatre as well. I went to USC for theatre. I continued to act outside of school. I love everything about it.

I asked you that because you sound like you have so much passion and you know what you want to do.

Casey- Well, thank you. Yesterday I went in to be a reader in a producer session. Even though it is not furthering my career, it is being able to act. You genuinely have to love it. I love the art and the craft but I also love the business side as well. I think you have to marry the two.

What advice would you offer to people who want to be in this industry?

Casey- Don’t be afraid. It is funny you asked that because I think it was yesterday from Duke Ellington, the jazz artist and composer who said, “There are 2 rules in life: Number 1- never quit Number 2- Never forget rule number 1.” It is so true. If you love it, there is no plan B or timeframe. Make it happen. Also, have fun with it. Find something that fits you and let everything else come together. 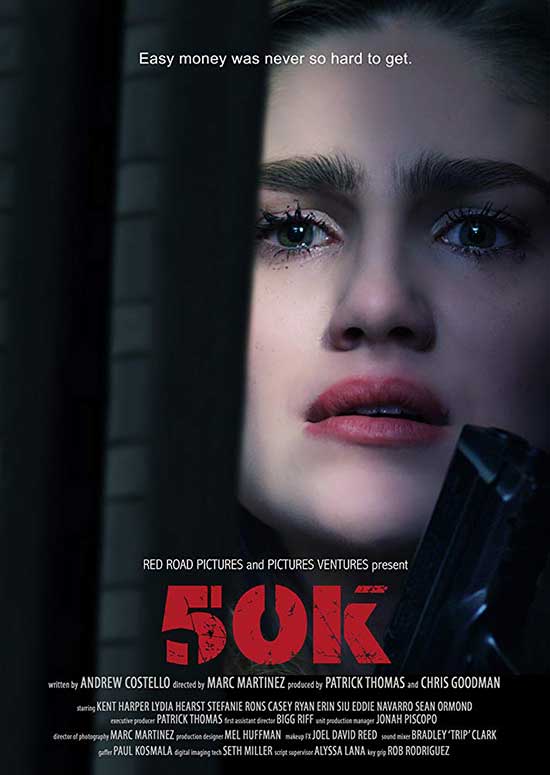