7 Terrifying TV Episodes From Your Childhood To Revisit This Halloween

Halloween is an inherently nostalgic holiday. When the leaves start changing and the plastic pumpkins appear on supermarket shelves, a familiar sense of excitement stirs in every horror fan. That excitement likely stretches back to your days as a kid who looked forward to every Halloween special and stayed up late to watch scary movies with whichever parent was the easiest to con. But what about those episodes of TV from your childhood that left you sleeping in your parents’ room for a month? They’ve burrowed their way into your psyche, but are they as terrifying as you remember? There’s no better time to find out than Halloween.

Family Matters slapped a warning courtesy of Urkel on this episode, but come on, how scary could this show actually be? Well, it was at least Harriette’s head turned into a Jack in the Box levels of scary. “Stevil” remains an unnerving foray into horror that even modern family comedies would be too timid to attempt to pull off.

Urkel’s look alike puppet is evil incarnate. His creepy baritone is bad enough, but Stevil also remorselessly murders the entire Winslow family — and his antics are made all the worse by the audience laughter. Years later, this half hour is sure to still get under your skin, and make you wish you had heeded Urkel’s pre-episode warning. 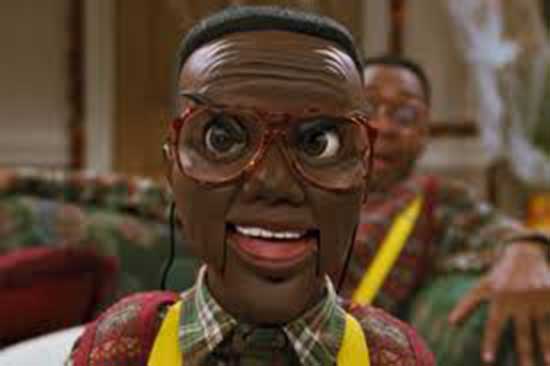 “Attack of the Slime Monster,” Ghostwriter

Ghostwriter was a PBS staple that no parent could find fault with — OK, maybe a few parents weren’t happy about the whole communicating with a ghost thing, but it was a literary ghost, at least. The mystery-solving series took a dark turn when Casey conjured up Gooey Gus though.

Her prize-winning story involving an unkillable, oozing purple monster scarred a generation of children. If you tell people that you’re over seeing Gus pop his malformed head out of a pot then you’re lying to them and yourself. The slime monster is unrelenting on the screen, and in your nightmares. 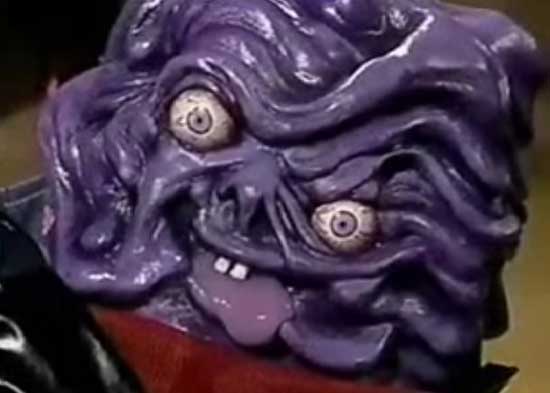 What was it with ’90s kids’ shows and ventriloquist dummies? Slappy arrived on the scene as a gift for a young girl named Amy. He proceeds to make her life miserable at every chance he gets, and what’s worse no one will believe her when she tells them he’s alive. In truth, the fear that no one will believe that Amy is being terrorized is scarier than Slappy himself. 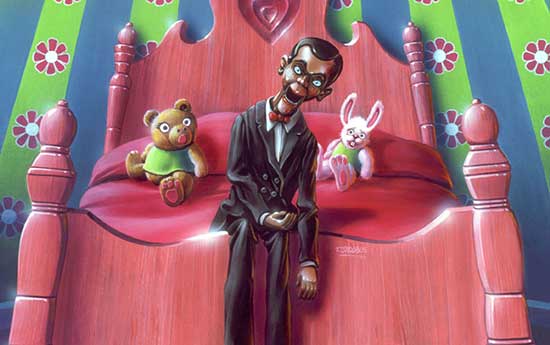 Are You Afraid of the Dark? Is full of haunting episodes. This is one kids’ show that never shied away from bringing the scares. However, “The Tale of the Ghastly Grinner” is next level horror. An evil comic book character comes to life and infects everyone with a case of deadly giggles. On paper it sounds silly, but as an episode of television it was downright unnerving. Watching as character after character succumbed to the effects of the Ghastly Grinner leaves you feeling helpless and filled with an all too real sense of dread. 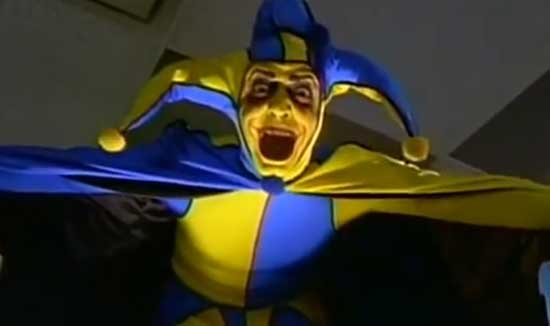 Punky had a hard life. Sure, she’s a scrappy, mismatched shoe wearing optimist, but she also grew up as an orphan with some serious fears about abandonment. That makes this two part episode in which Punky tells a story to her friends after they become trapped in a cave all the more frightening. The tale that Punky spins is one involving the horrific deaths of her pals — most of whom end up with their souls trapped in the cave’s walls — giant spiders, and her loyal pup being transformed into a skeleton.

The whole episode feels like a horrible hallucination, but it actually happened. And it’s still scary as hell.

“And Then There Was Shawn” is an unapologetic Scream homage, and it is brilliant. The episodes blends humor with scares expertly, which means if you were over the age of 12 when you watched it, then you probably just recognized as a fun, but weird episode of Boy Meets World.

However, if you were too young to have an idea what Scream was, then this episode found your favorite characters stuck inside of slasher film where they were killed off one by one. The twist ending that reveals the murderer is none other than everyone’s crush Shawn Hunter added a whole other layer of creepiness to this meta outing.

Garfield isn’t supposed to be scary. He’s a lazy cat who enjoys lasagna and avoiding Odie. But in 1985, your favorite orange cartoon cat went on a haunted TV adventure that has become the stuff of legend. In the Halloween special, Garfield and Odie head to an island during their trick-or-treating expedition. Unfortunately, that island is full of ghost pirates — and not the fun, Scooby Doo kind.

No, these pirates are terrifying. It’s in the way they’re drawn. They actually look like how you would imagine a restless pirate to look, and as a result they’re enough to give anyone a serious case of goosebumps. Add in a grizzled old man as the narrator and you have the perfect recipe for a terrifying Halloween special. 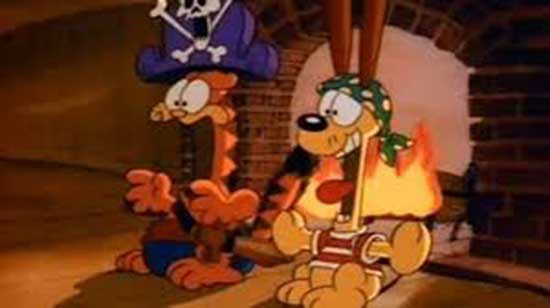 This Halloween, indulge your inner child by revisiting these seven episodes of television that left you sleepless growing up.