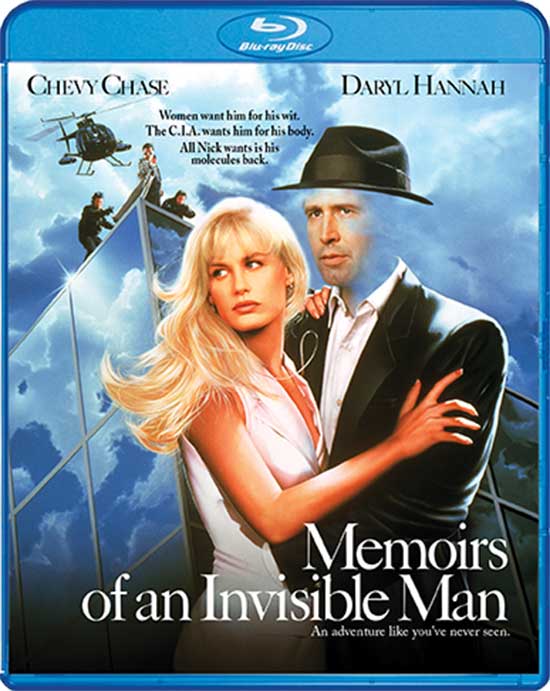 After a freak accident, a yuppie turns invisible and runs from a treacherous CIA official, while trying to cope with his new life.

It would be fair to call the lost 1992 film “Memoirs of an Invisible Man ” an underrated gem. In fact, it often escaped me as to why this film took so long to initially hit DVD and then finally bluray. Though like the champions they are, Shout Factory has stepped in to save these forgotten productions from obscurity and reintroduce them to the public with brand new packaging and extras. Well not only that, but a digital upgrade that shines up these films into the HD age looking better than ever. 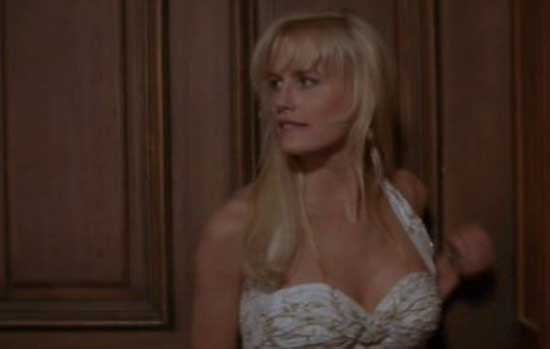 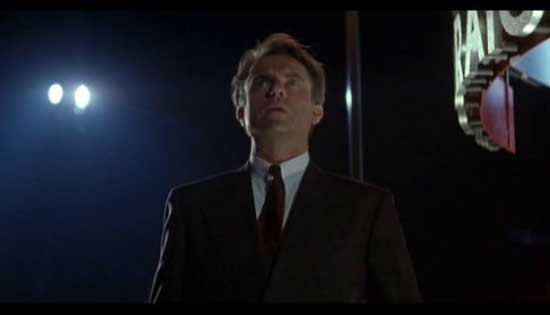 Getting to the film, we’ve got a mix of elements coming together for his one. First off, director John Carpenter has stepped away from his horror roots to give us something lighter and inventive. You could say “sure, the Invisible man” is horror roots, but then again Carpenter is traditionally married to products that are intended to disturb and scare the crap out of you. This film is more science fiction meets drama, meets subtle horror material that is far removed from the intensity of a Michael Myers character film. We of course have a great cast that includes: Chevy Chase, Daryl Hannah, Sam Neill and Michael McKean. Chevy of course has been a 80’s mainstay comedic actor who has not only memorable, but iconic comedy hits. The 90’s arrived and Chevy began to somewhat distance himself from his typical comedy scripts heading into a more edgier direction. His previous film “Nothing But Trouble” was as dark comedy as it gets bringing us to this production, “Memoirs of an Invisible Man”. Looking back, just like the music industry took a change for direction we have Chevy Chase closing the 80’s with “Christmas Vacation” and thus sealing off his best comedic work. 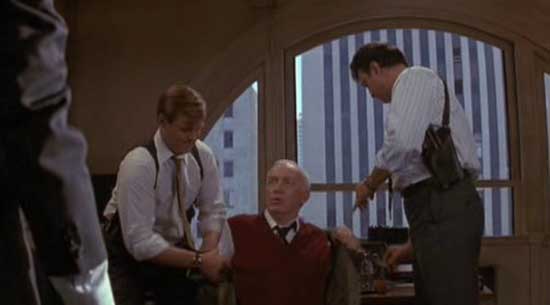 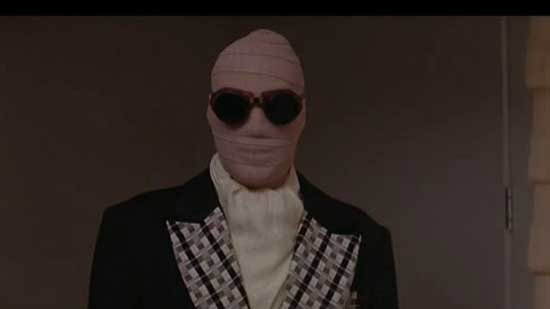 Now one could argue that Chevy as character “Nick Halloway” still retained a certain amount of “Fletch” personality that delivers on his offbeat dry humor style. I recognized it off the bat, but on the other hand was glad to see him branching out. Actress Daryl Hannah, who looks as lovely as ever, plays the role of love interest Alice Monroe. Sam Neill plays David Jenkins, a CIA operative, and clearly the intended antagonist figure of this film.

Nick Halloway simply is a stock analyst, who appears to be successful at what he does while being overworked, a loner, and a man without any real apparent interests. Upon a freak accident that cause the molecules of a local lab to become invisible, Nick is also affected while asleep in the building. When he awakes, Nick discovers that his body has also been affected turning him completely transparent. It doesn’t take long for the CIA and government to realize that Nick is perhaps the only living human being with this ability and the perfect weapon for warfare. 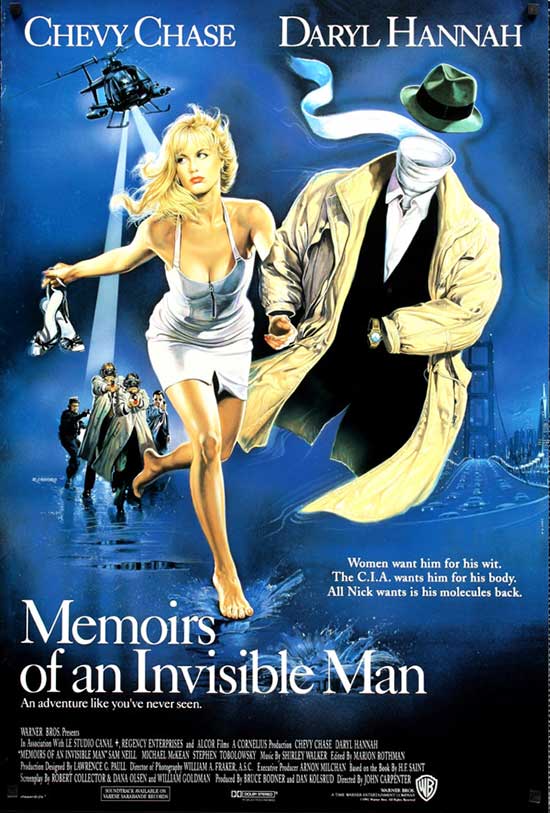 Nick, who catches wind of the corrupt intentions is soon off and running trying to fit into a world that can’t see him. The sets the stage for the main premise here which is Nick on the run, while the CIA is hot on his trail. Circumstances arise as Nick makes due with his new situation, laying the foundation for a few quirks and laughs, though it’s not long before he finds a way to contact Alice and rekindle their romance.

In short, this film has its charm but also tends to drag a bit on acts that could be better cut to the chase (no pun intended). Humor here is purely a matter of fact arising out of Chevy Chase’s wit and charm, but at the same time the film really doesn’t entirely know what it wants to be. The special effects are great (and great for their time) which if you remember was still early 90’s. 1992 was not up to the FX standards that we are accustomed to today making this piece as cutting edge as its going to get for that year. Note: Other films like “Lawnmower Man” also pushing the bar.

Critics didn’t really care for this film calling it lazy and barely a comedy. Though it’s the acting talent that keep folks hanging on here. Chevy Chase and co-actor Daryl Hannah make up for the lack of decent script writing with a real on-screen chemistry. 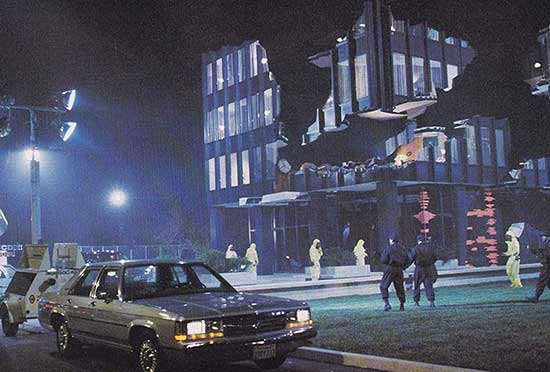 Memoirs of an Invisible Man was based on the novel of same name by H. F. Saint and was filmed largely in the San Francisco area. It’s big production headed under Warner Brothers seems to have somewhat conflicted with Carpenter’s usual style thus becoming more of a high production feature than the lesser budget pictures edgier style we are accustomed to. That and the fact that this is really supposed to be comedy science fiction is where conflicts of style might have butted heads.

Yet as mentioned before, the special effects were the star if this film in its own right. Extras supplied on the bluray discuss the impact they had on that era. 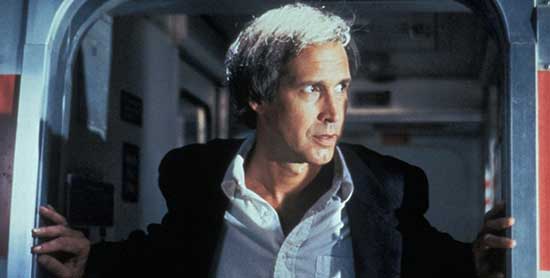 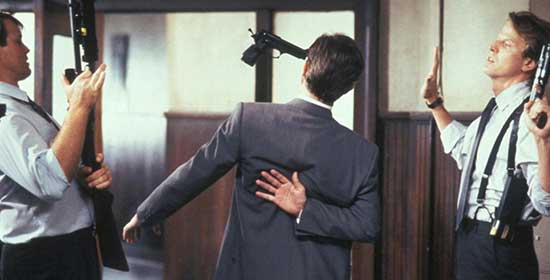 In all, if you are a Chevy Chase fan, this one should still be part of that collection (for its early Chase work still apparently witty and charming). You may not find the jokes as fulfilling as Griswald’s family Christmas, but you still will get a Chase performance during the prime of his career. This film also marks the last of the Chevy Chase “hey days” with decades of bad films to follow that never quite return to the earlier material we came to love.