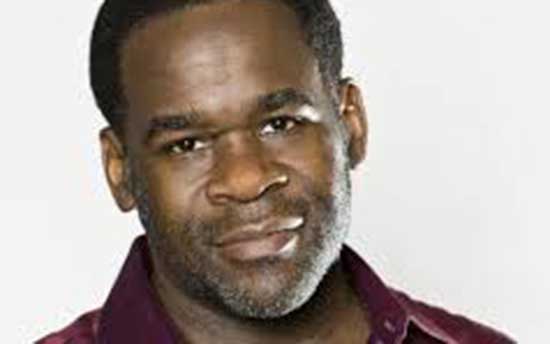 Craig muMs Grant is one of the most influential writers/poets out there and he is a brilliant actor having starred in HBO’s “critically acclaimed” series “OZ” created by the equally brilliant Mr. Tom Fontana. Portraying Poet on “OZ.” Grant has starred in everything from “Dark Water”, “Nurse Jackie”, “Boston Legal” and now he is starring in “Hover” which was written by Cleopatra Coleman who plays Claudia in “Hover.” “Hover” also stars, Shane Coffey, Rhonda Griffis and Fabianne Therese. The film is directed by Matt Osterman. Craig took time to speak with for a Horrornews.net exclusive.

Hi Craig, It is such an honor to speak with you today.

I watched “Hover” and I absolutely loved the film. I love you and Cleopatra in “Hover.” You worked so well together.

Craig- Oh wonderful. I am happy that you say that. I think we did have a wonderful rapport and we got to know each other really well. We spent a lot of time together and we talked about any and everything. I think it translated well in the film so thank you for saying that.

Did you have to do anything special to prepare to play John in “Hover?”

Craig – You know my character he works in the assisted suicide kind of business and I just kind of approached it like it was a very spiritual, respectful type of thing. Almost like a religion. So I kind of approached the character as if he were a priest. You know I know he looks like a detective, he looks so bad ass but when it came down to it I wanted to approach it like he was very soft spoken, very caring and very specific about his battles and his ways. I am hoping that came across. 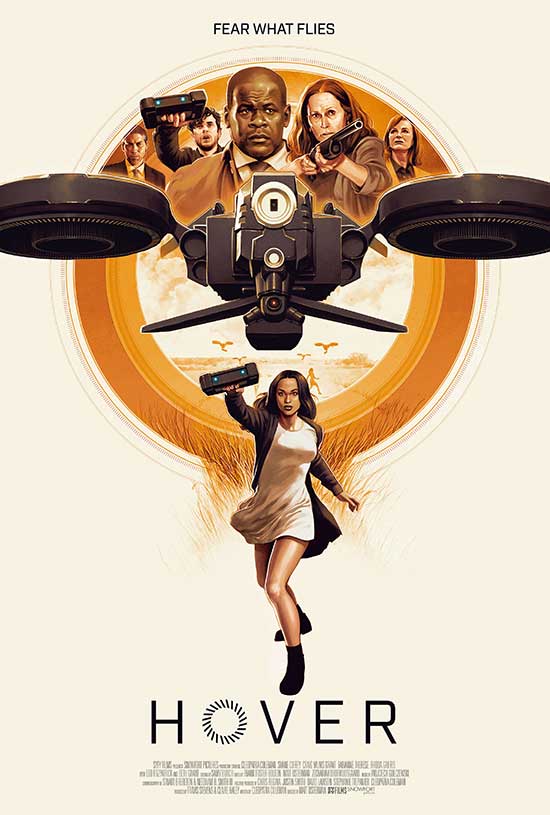 I did notice that while watching “Hover.” I think you did an amazing job.

What was it like working with the director Matt?

Craig – Oh, it was great. It was wonderful with everybody actually. The whole creative team but Matt was very subtle and allowing you to kind of find it. He would never lead you. I think with Matt, much like with Spike Lee, we don’t have to over-rehearse I hired the right person. You know what I mean. So he kind of allowed you to be who you are and to find it. So we talked about the character and we talked about the relationship between him and Cleopatra’s character. I gave him my insight and he shook his head and went yeah, that sounds like it works so okay, let’s go with that. He is a great director. I’d love to work with him again.

If there is any possibility of a sequel to “Hover” would you be a part of it?

Craig- Yes without question, without question. I probably wouldn’t even have to read the script. I respect Cleopatra, I respect her professionalism and her abilities as a writer. I was very impressed with what she did on her first script. Being an actress in Hollywood she gets inundated with all of what it entails with being an actress, being a glamourous actress so for her to be able to find time or take time away from all of that notoriety and stuff like that to sit behind a computer screen and write “Hover” I would attach myself to anything she is doing. And to work with Matt again would be great. 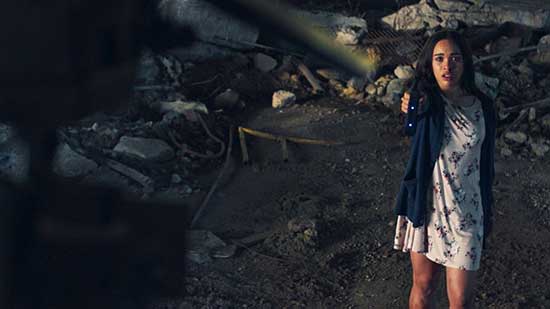 Now, this is kind of off-topic but “OZ” is probably one of the greatest shows ever written and made. The cast of “OZ” including yourself is one of the greatest cast. It is still so relevant today. What would you like to say to the audiences that will be watching “Hover” and also to your fans?

Craig- You know, thank you for sticking with me for this long. “OZ” was a blast, “OZ” was a blast and I am a lucky guy to have “OZ” on my resume as my very first job in this business. When I look back at all the work that I’ve done you know it has all been quality stuff. I am lucky to have had a run as an actor this long with doing such quality work and with “Hover” being the latest in that trend. I just say to my fans you know, keep an eye on me. I am muMs, I am not just an actor I am a performance poet and a writer as well. So I am working on some projects and there may be an album coming one of these days. Keep an eye on me.

I was just going to ask what you are working on next and you are one of my all-time favorite writers and poets so thank you.

Craig- Thank you. Yes, I just had a solo show about two years ago that I had performed and it did pretty well in the city and I think I may be doing that again but I am also in the midst of writing a new solo show / album. I come from the very first generation of hip-hop ever. I am born and bred in the Bronx. I have such an appreciation for hip-hop and it is the core essence of my craft. I just like to find different places that I can go with that. Not just the typical rap album or anything of that sort. Seeing “Hamilton” was inspiring so I don’t know, maybe there is a Hip-Hop musical, maybe there is a Hip-Hop opera, maybe there’s a Hip-Hop novel. That is just me pushing the envelope in that arena so keep an eye on me.

We need the positive stuff in this world.

Craig- Yeah! It is definitely positive. You know why I say that because for a lot of young, black men Hip-Hop is their religion. I know that is a very far-fetched thing to say but it really kind of is. It is definitely their philosophy for living. I don’t think they have chosen that to be the case. I think that has just kind of developed. There is a lack of respect or trust for philosophies or other institution that have been proven to be corrupt. I feel like for a lot of young, black men it is the way they live and I want to positive influence in that respect but I want to be a realistic influence and this is how the world is and just kind of show it for what it is and how to survive in it and how to live in it. 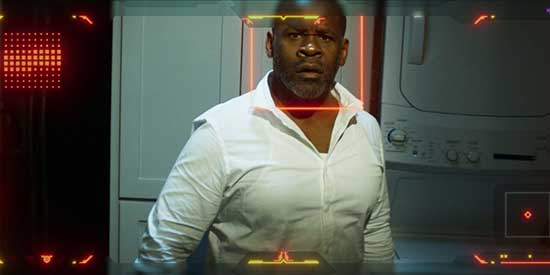 I definitely agree. There is a need for the truth in the world. I did want to ask you over the years do you have a favorite of one of the poems you wrote so far or do they all mean something completely different to you?

Craig- They all kind of mean something different to me in each way. There’s two favorites though. There was a poem that I did on “Oz” called “Kidnap the President’s Wife without a Plan” and you know the way it was used on “Oz” was very interesting. So I really appreciate that poem and what it means today as opposed to when I wrote it. It is a little weird, it is a little trying. It points out the disparity and it goes on with the inner-city and how far removed we are from what is going on in D.C. and how our President looks at what’s going on in the city as just numbers. Look at how many people are killing each other in Chicago you know all he sees is numbers. He is not seeing the individual people. He is not seeing what people are fighting against in regards to economics and where they live. I know people that live in some poor places that are so far from a decent supermarket that they cannot even eat healthy. That is a point that doesn’t get made enough.

Craig- Another poem of mine that I really enjoy is called “Cockroach Motel.” I wrote that a long time ago around the beginning of my poetry career and it has always been kind of a poem that resonates with a lot of people.

It is kind of scary how the world is and how “Oz” is still relevant today. It sort of feels scary because it is 2018.

Yes, unfortunately. It was such an honor to talk to you. I loved “Hover” so much and you are one of my forever inspirations so I thank you so much.

Craig- I am so excited now for it to come out. Thank you.

“HOVER takes place in the near future, where environmental strain has caused food shortages around the world. Technology provides a narrow path forward, with agricultural drones maximizing the yield from what land remains. Two compassionate care providers, Claudia (Coleman) and her mentor John (Craig muMs Grant), work to assist sick farmland inhabitants in ending their lives. After John dies under mysterious circumstances, a group of locals helps Claudia to uncover a deadly connection between the health of her clients and the technology they are using.”