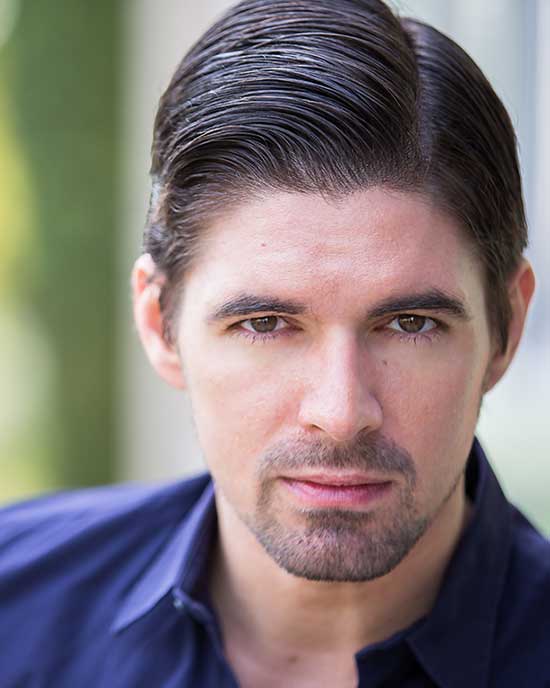 Hello Massimo, First off thank you for taking the time to do the interview with Horrornews.net. You are so talented and I am so excited to see “Age of the Living Dead.” Please tell us how you got involved with this project?

Massimo- Thank you so much for your compliments. I’m truly honored and humbled. I love playing Vampires. I always discover something new, something exciting about them, every-time I play one. I love studying their history, evolution, meaning, understanding more and more Vampirism. When Age of the Living Dead came across, I was excited to play Marcus, because I felt I could put all my research about Vampires and Vampirism into work. I hope I’ll be able to play many more Vampires in my life, with different qualities and characteristics.

You always play such varied characters and you are never the same which is amazing. Did you do anything special to prepare to play Marcus?

Massimo- Thank you so much for your appreciation. I’m flattered and profoundly grateful that I have the opportunity to play a variety of roles. Every time I create a character, no matter what the character is and no matter if I’ve played this character before, I start from scratch. Of course different characters will require different acting methods and techniques. Not all of methods could work for every character. At least I love having many tools in my bag of tricks, which means I like to pull from different methods that I feel could get me to the overall objective of the character in different scenes. The same is true for Marcus, like I’ve mentioned above I do an extensive research every time I do a character and in a case of a TV series, for every season. I always keep writing the character’s bio and train with a dialect coach daily to improve the character’s speech, dialect, tone, volume, intensity, clearance, voice, emotions, feelings, thoughts, delivery, pitch, melody, patterns, posturers and other qualities.

What was it like for you working with the cast of “Age of the Living Dead?”

Massimo- When I met all my wonderful cast-mates of the TV series on set during the first days, there was immediately a connection with them because I felt like we’re all there to serve the script, the wonderful writing, the storyline and with a purpose of creative collaboration. The environment that magnificent writer and cast mate Simon Phillips and wonderful director Paul Tanter created on a set was full of creative freedom for all of us artists and that gives us the possibility to go farther into our characters, being fully focused on the work. I had the immense pleasure to work with Estella Warren on different projects and we became great friends outside of work and we love working together as well. It was also an honor for me to work with Bill Oberst Jr. and Cindy Pickett. I learned incredibly from them and there was immediately a special feeling with my great colleagues Dave Meadows, Eve Mauro, Dan Shaked and the entire cast. Every day they were showing up and ready to deliver their top quality work. Not to mention the amazing crew that with very little was able to achieve so much. 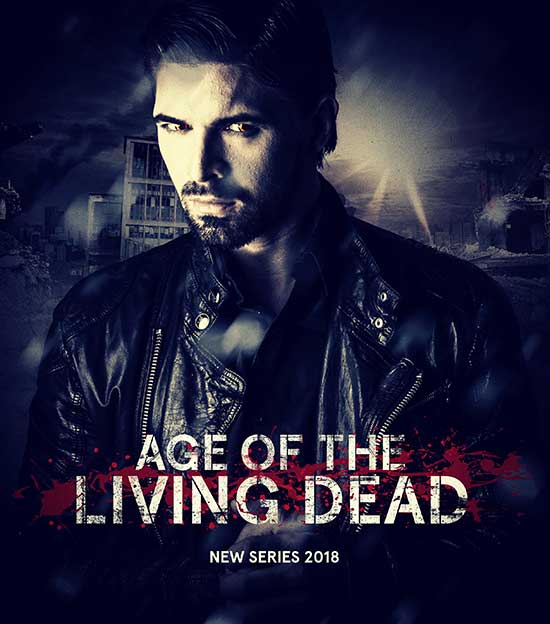 What is the coolest part of portraying a vampire and the worst?

Massimo- For sure the coolest part is having supernatural powers, obeying by Vampires Rules, portraying supernatural emotions, desires, wishes. The physicality is also an important element to it, getting your body physically ready for it, training in sword-fighting, in a military mind-set and working on finding a specific speech pattern, different for each character. The worst thing, I wouldn’t say there is honestly a worst thing, I know for some of the actors it’s challenging to put contact lenses into their eyes and taking them out all the time; dealing with putting something into your eye and taking them out every couple of hours, going through the same process over and over again, multiple times a day. But for me contact lenses were never a challenge and I never had any problems with them, because I was used to wearing them all my life. Same thing could be true when installing long teeth everyday and having to articulate with them properly can also be a challenge.

Did you grow up watching scary movies and do you have a favorite horror film?

Massimo- Yes, I’ve always been attracted to the horror genre, honestly I don’t know why. Maybe it is because I was born on Halloween Night, born at 2am in Europe, it was still Halloween in America, could be the connection. I love the franchise movies “Halloween”, I love all of them; they were all so brilliantly done with an outstanding cast that made me become a huge fan. I always love to celebrate this incredible feast. The “Halloween” franchise has also inspired a number of slasher films, one of them being “I know What You Did Last Summer”, that is also a movie that I grew up with.

Massimo- Every time you embark on a project that doesn’t have a huge budget there will be challenges of all kinds, but you concentrate on your character and then all the challenges disappear. I’m really thankful that I was able to be part of this phenomenal project that has enriched me as a person and human being, despite of all of the challenges that the project could face while in production, budget-wise. 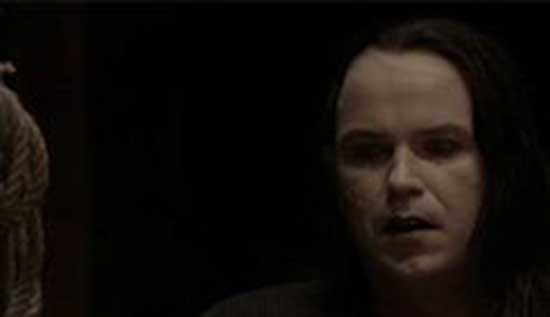 I read you will be a part of “Behind the Curtain of Night”, what other projects are you working on?

Massimo- Working on “Behind the Curtain of the Night” was a superb experience. Shooting in all parts of the Czech Republic was stratospheric. I’m extremely thankful to have learned a great deal from huge stars like Marcia Cross, Brandon Fraser, and Dawn Olivieri and also from the wonderful directors and producers. Right now I’m trying to work on comedies also. I would love to have a chance to do more comedic roles, to have a chance to develop more of the comedic strength, because like they say:… ”Comedy is hard, dying is easy…”

“Massimo Dobrovic is an International Professional Actor based in Los Angeles, CA. He is academically trained at the American Academy of Dramatic Arts. He speaks 5 languages fluently and acts in all these languages (English, Italian, Spanish, Croatian, Serbian). He spent most of his life in Rome (Italy), his hometown,residing in the popular neighborhood Garbatella-Ostiense, which became largely known with the Woody Allen movie ” To Rome with Love”.

But Massimo was born within the Istrian Italians minority in Istria (Croatia) cause his father is from Croatian descent while his mom from Italian background. Istrian Italians are an ethnic group ( a national minority) in the northern Adriatic region of Istria, referred to the Italian people of Italy. Historically they are descendants from the original Latinized population of Roman Istria, from the Venetian-speaking settlers who came to Istria during the time of the Republic of Venice. For this reason Massimo has two last names De Lorenzi and Dobrovic, he is mostly known with his Croatian last name as Massimo Dobrovic. 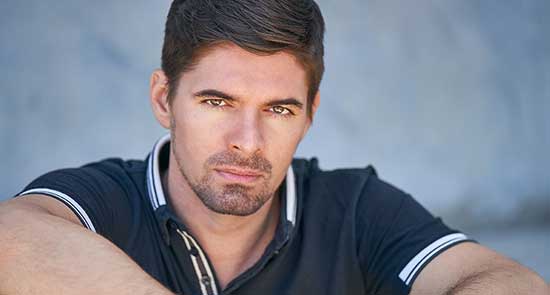 This rich cultural background gives him the possibility to extend from Italian and Latin roles all the way to Eastern European and Russian characters. He does an enormous amount of accents and dialects, from Italian, Spanish, Russian, Serbian, Hungarian, Polish, etc…He also does a Standard American Accent and a Standard British Accent.

He began acting at an extremely young age in theaters and then he moved onto Television and Film. Massimo has an extensive acting-career in Europe and United States. In the U.S he is pursuing a variety of roles in movies and television. He is known for making uncommon and incredible strong choices in his acting bringing his characters alive with a unique and energy-twist method.His mentors are: Donna Pescow, Karen Hensel, Betty Karlen, Timothy Landfield, Judith Bohanon, Brian Reise, Bob Corff, Bernard Hiller, Brenda Beck, John Griffiths and many others. Massimo’s passions are also: Tennis, Cooking, Painting,Volleyball, Fishing, Fencing, Beach-Volley, Stage Combat, Martial Arts, Yoga, Dancing and many more.” 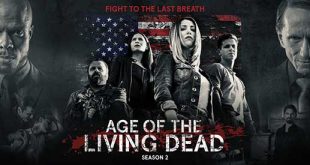 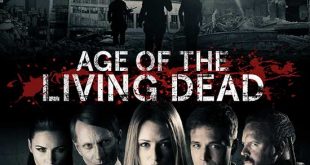 AGE OF THE LIVING DEAD – SEASON 1 Now on AMAZON PRIME