Since 2015 a Short video titled ‘SELFIE FROM HELL’ has been going viral, scaring literally millions with one well-placed, well-timed, jump-scare – the jump-scare heard around the world.

Vancouver, Canada  – The horror movie, SELFIE FROM HELL, has been picked up by Landmark Cinemas and Cineplex Theaters and Drive Ins across Canada to be released on May 4, 2018 in Toronto, Vancouver, Calgary, Edmonton, New Westminster, Winnipeg, and stay tuned for the release date in the US. If there was ever a movie that will make you afraid of the internet, ‘SELFIE FROM HELL’ is it!

IndustryWorks Studios, the producers behind the horror cult-phenom ‘American Mary’ gave first-time director Erdal Ceylan a shot at his first feature film. With his jump scare shared by millions online, seems like anyone between the ages of 13-35 with a cell phone, tablet or computer got a glimpse of what might be beyond our ‘selfies’. As well as the technology lurking in the dark corners of the internet and what the infamous ‘dark net’ has in store for us.

LOGLINE: When a sinister and mysterious entity stalks a young woman, her cousin is forced to delve into the depths of the dark net – where few venture – to discover the origin of the Selfie From Hell. 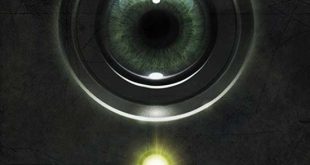