Texas Frightmare sent out a press release this morning detailing all of the killer films that will be screening this year.  Running from May 4-6 in Dallas, TX, your weekend will be filled with horror icons, sick posters, movie memorabilia, rad records, film screenings, panels, and plenty of ghoulish vendors to wreak havoc on your bank accounts.  Weekend passes are still available here.  Get ’em while they last.

Check out these updates, y’all: 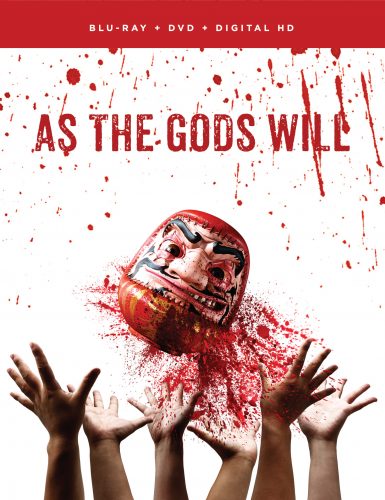 “Be careful what you wish for… Funimation presents prolific Japanese filmmaker Takashi Miike’s film As the Gods Will. High school student Shun Takahata is bored. Bored with the day-to-day monotony of school and life, he prays for change, for something exciting. The last thing he expects is for the gods to answer. Up against terrifying creatures, from a talking Daruma doll to a sharp-clawed lucky cat, Shun and his classmates are forced to play deadly versions of children’s games. Many play, few survive. And as their numbers dwindle, they’re taken into a mysterious cube in the sky where they face more trials. The world is watching as God’s Children play, but when only a handful remain, distrust burns strongly between them. Who’s here to win, and who’s here to survive? One thing’s for sure—facing death is one way to cure boredom!”

We’re also being treated with some wicked world premieres:

WORLD PREMIERE! The Toybox – An estranged family take a trip to the desert in their used RV but become stranded and isolated in the scorching terrain.  They soon learn their RV holds terrible, haunting secrets, and it starts killing them off one by one.

WORLD PREMIERE!  Ouija House – To help her down-on-her-luck mother, a graduate student brings her friends to a mysterious house where they plan to do research for a book project. But they inadvertently summon an evil entity with plans of its own. Starring Tara Reid, Dee Wallace and Mischa Barton.

WORLD PREMIERE!  In Death Kiss a vigilante with a mysterious past tries to rid a city of crime as he protects a young mother and her child. Starring Robert Kovacs, Daniel Baldwin, Eva Hamilton, Stormi Maya, Leia Perez.

Isolation in the desert, haunted houses, and vigilantes?  Yes, please.  Severin Films is also up to some alluring antics per usual:

Severin Films presents a stellar duo of Italian movie madness from the filmmaking team behind “Best Worst Movie” Troll 2 Claudio Fragasso and Rossella Drudi with Shocking Dark and Zombie 4! Additionally, Fragasso and Drudi will be in attendance all weekend long! 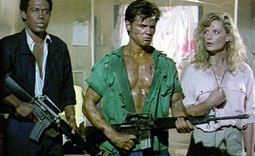 Shocking Dark – For director Bruno Mattei (VIOLENCE IN A WOMEN’S PRISON) and co-writers Claudio Fragasso & Rossella Drudi (TROLL 2), their final – and most notorious – collaboration went beyond brazen plagiarism to become a fearless act of deranged genius: In this bravura rip-off of both ALIENS and TERMINATOR, a team of badass marines, a tough female civilian and an orphaned girl battle monsters beneath the Venice canals while being chased by an indestructible killer cyborg. Have we mentioned the overwrought dialogue, over-the- top performances and ultimate WTF? twist ending? Geretta Geretta (DEMONS) and Tony Lombardo (RATS: NIGHTS OF TERROR) star in this “schlockfest of awesome” (Cool Target) – actually released outside the U.S. as TERMINATOR II and ALIENATORS and never before available in America – now scanned in 2k from the Director’s Cut negative discovered in a Rome lab vault.

Severin also presents Fragasso and Drudi’s Zombie 4! Searching for long-lost parents, a woman and her mercenary force battle a mad voodoo priest who unleashes a swarm of zombies upon a peaceful tropical island! 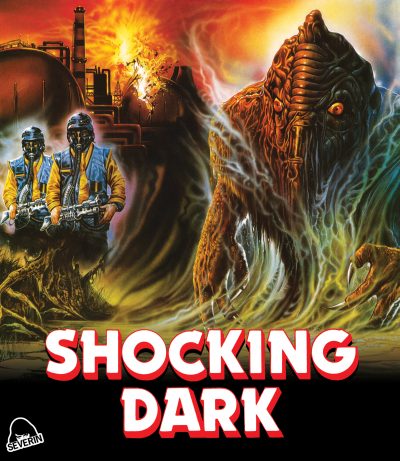 “Italian movie madness” is basically music to my ears. The folks at Frightmare are also sprinkling in some holiday slasher vibes and plenty of shorts to boot. Also, what kind of monsters would they be if they left out some throwbacks to our beloved Texas Chainsaw Massacre?

“You won’t be coming home for Christmas! Stirring is a retro slasher from director Troy Escamilla (Party Night). Students attending a Christmas party at a sorority house with a sinister past are stalked by a bloodthirsty killer disguised as Mrs. Claus.

Other frightening feature film presentations include animated documentary Borley Rectory narrated by Julian Sands chronicling what came to be known as ‘The most haunted house in England’; The Catholic Church is trying to save an innocent soul from the ravages of satanic possession. Wave after wave of holy men are sent to confront the possessed in Unearthed Films’ The Song of Solomon; the very rarely seen Dallas, TX made 1985 horror anthology Tabloid featuring three stories inspired by paranormal tabloid headlines: “Baby Born With Full Beard”, “BBQ Of The Dead” and “Killer Vacuum Destroys Town”. Starring a yet to be discovered Lisa Loeb! 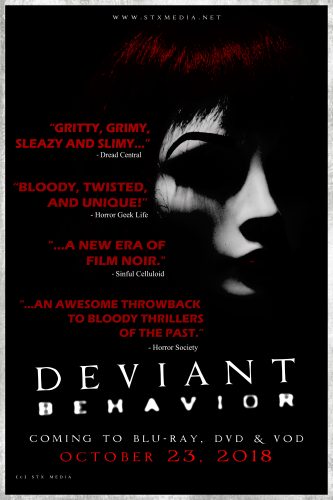 Feature length documentary The Mothman of Point Pleasant examines the intriguing case of the infamous Mothman through eyewitness testimony and the perspective of Point Pleasant citizens. The film focuses on the 13 months between the first official Mothman sighting in November 1966 and thetragic collapse of the Silver Bridge in December 1967.

Deviant Behavior features appearances by cast members from Texas Chainsaw Massacre (1974). A masked self-made transgender, on a twisted mission to become the most beautiful women in town, is interrupted by Charlie Reese, a sleazy private detective who has discovered her world of torture and depravity.”

Tickets and full guest list can be found on the Texas Frightmare Weekend website.  This native Texan will be present for all the gruesome fun. I will be covering film reviews while also keeping y’all updated on Instagram.  So, be sure to keep your eyes peeled. 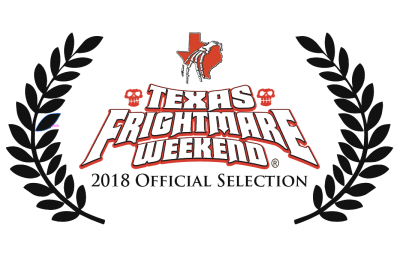