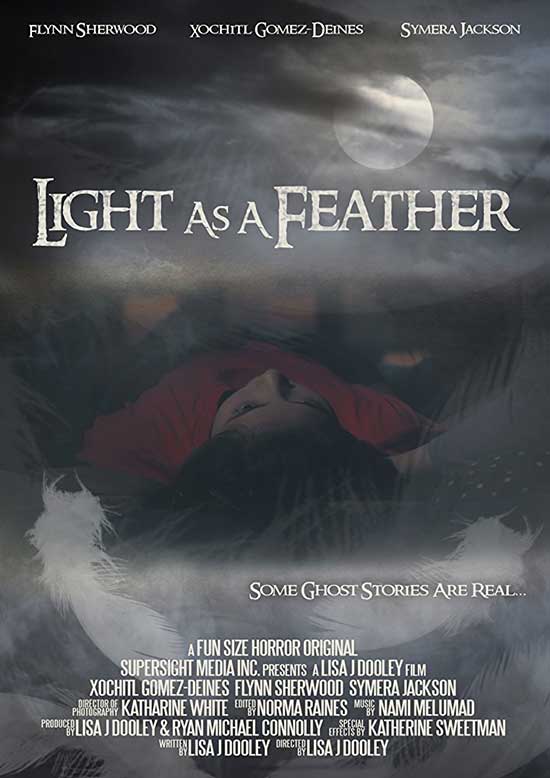 A ghost story told at a spooky sleepover becomes all too real.

More short films, kiddies! Today we have LIGHT AS A FEATHER, written and directed by Lisa J Dooley.

Our story opens on a pre-teen sleepover, with the girls playing the eponymous game. I assume everyone remembers playing “light as a feather, stiff as a board” in summer camp, right? Well, that’s what the girls are doing as the film begins.

Then Sarah (Symera Jackson), the slumber party host, begins a tale of the history of the home. How it was bought by her grandmother and how grandma learned the dark history of it. The house is haunted, you see, and anyone awake between the hour of 1:00 am and 2:00 am will be taken by the spirits of the house.

Sleep time comes, but for Zoe (Xochitl Gomez-Deines) the story was just too much. She lay awake staring at the clock as it gets close to chiming the hour, and realizes she doesn’t want to be alone. She wakes up her friend Devin (Flynn Sherwood) and begs her to stay awake with her until the chime of Two. Reluctantly, Devin agrees.

They grab a flashlight, and a deck of cards, and prepare to wait out the scary hour, hoping the spirits won’t come for them. Zoe is terrified, but Devin is convinced it was just a story. 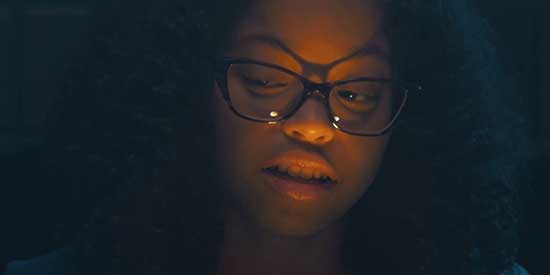 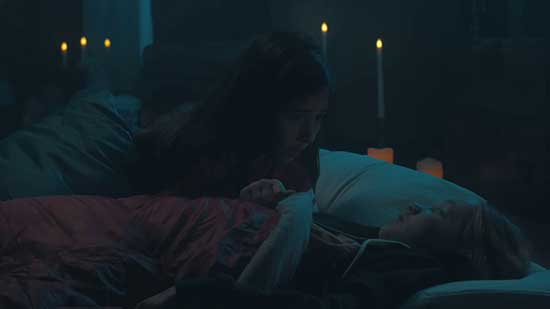 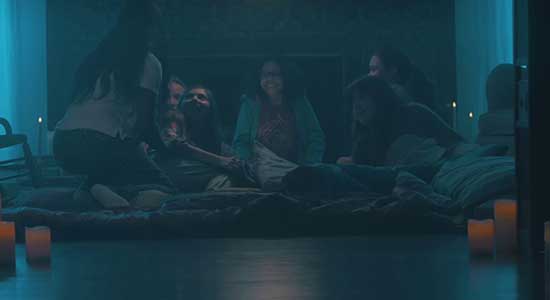 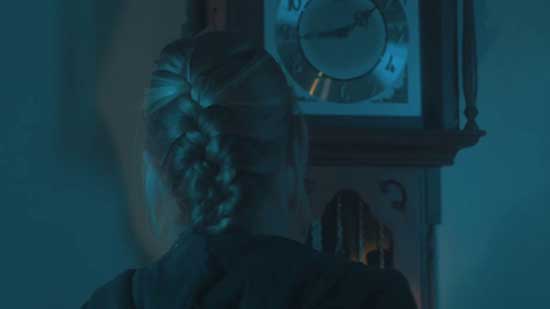 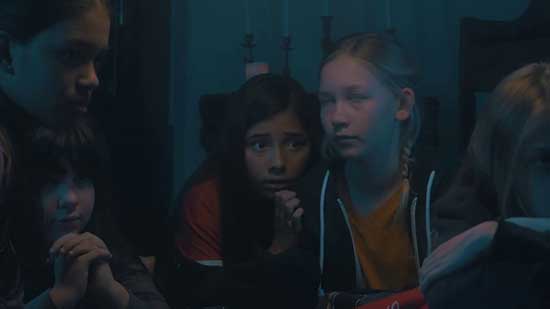 There is a lot to like about this film. It reminds me of the old Goosebumps stories, in a way. It’s a scary movie that children can watch, which I like a lot. There’s no gore or anything. Just a straight forward ghost story for all ages.

And the cinematography makes me really happy. I must mention the lighting, as well. I get annoyed when night scenes are shot so dark you can’t see anything. This was light enough to see what was going on, but with the clear distinction that it is night time.

The child actors in the film are quite good. No stilted delivery, no hesitation or precociousness. Miss Jackson is so good as she tells the ghost story to her terrified guests. The two young actressess trying to survive the hour are believable and do an amazing job.

You may see the end coming. You may not. it doesn’t matter. Its a fun short film with a lot of charm and maybe just a bit of nostalgia for some of you.

So using my special short scale of one to five, five being awesome, I’m giving this film 4 flashlights.