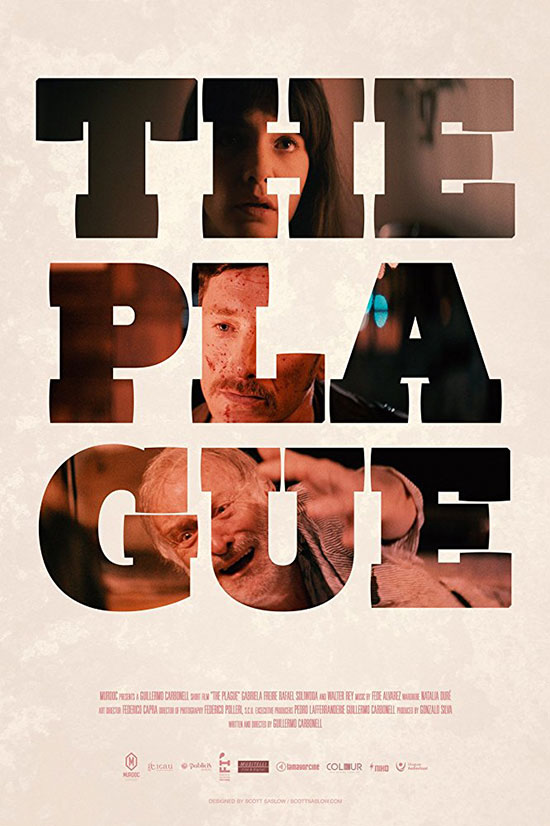 Rosa’s father escapes from a nursing home and comes back to his former house. He hides a secret, and he’s not coming alone.

More short films, kiddies! Today we have LA PESTE (The Plague), a short film from Uruguay written and directed by Guillermo Carbonell. This film was the winner for Best International Short Film at Buenos Aires Rojo Sangre in 2017.

So my copy does not have subtitles, but there is very little dialogue anyway. We’re just gonna wing this.

The film opens with some sort of clandestine THING going on. Not sure exactly what is happening, but there’s a guy covered in blood so, that can’t be a good sign.

Then we cut to a private home, where a young woman is awakened in the middle of the night by the sounds of someone in her house. Turns out it’s her father, who has escaped from a “retirement home” (according to the film description). She makes him comfortable and goes to call the home so he can be returned to care.

Then there’s a knock at her door. And after that….well, everything takes a turn for the bizarre.

This is a neat film. Production value is really high. Not a lot for special effects, but some nice stunt work. It’s not too difficult to follow along without knowing the language. I’m sure I’m missing something important in the few moments of dialogue that exist. Still, I was able to come away with what I think is a basic understanding of what’s going on.

It’s worth a watch, absolutely.

Using my special short scale of one to five, five being awesome, I’m giving this film 4 stars.