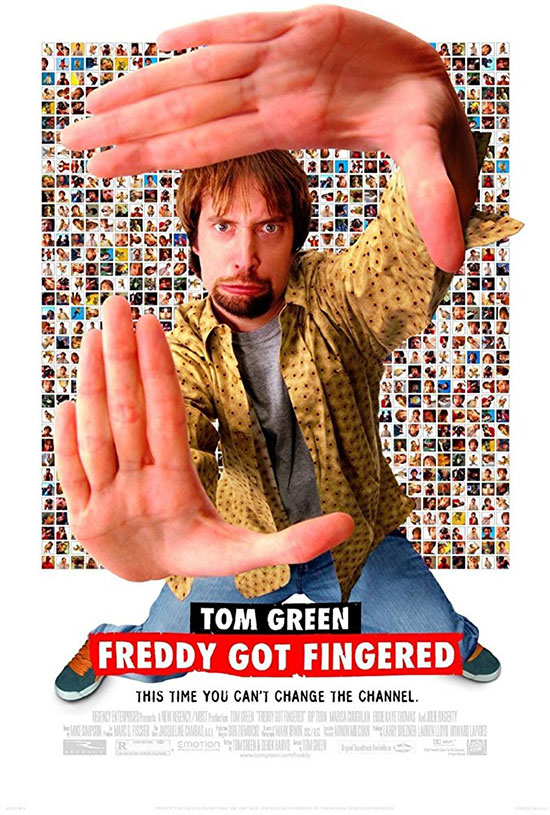 An unemployed cartoonist moves back in with his parents and younger brother Freddy. When his parents demand he leave, he begins to spread rumors that his father is sexually abusing Freddy.

Back in the late 1990s or early 2000s MTV decided to give “comedian” (that term is being used a little too loosely here) Tom Green his own show. I could give you a more accurate date of when his show started at, but that would require me to actually do research on someone that is so not worth my time or yours.

Tom Green was never talented enough, funny enough, or charismatic enough to justify his career and the shot that MTV gave him. Somehow Green incomprehensibly managed to gain enough popularity to direct and star in his own movie. The production company involved would have done better with the film’s budget if they just skipped the middleman and started flushing their money down the toilet instead. 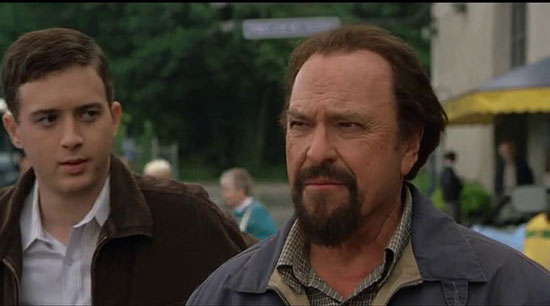 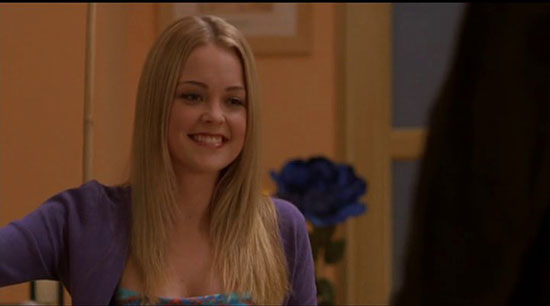 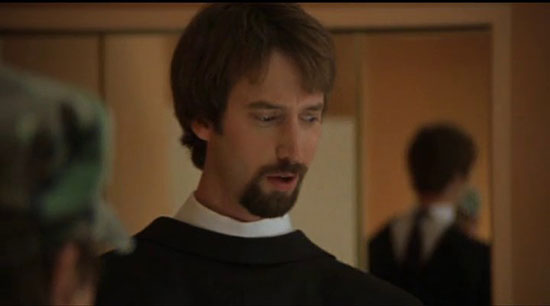 The aforementioned movie is Freddy Got Fingered, which follows the character Gordon (Tom Green) who is a 28 year old man finally moving out of his parents’ home to Los Angeles. He’s taken a job at a cheese sandwich factory to give him some income while he attempts to get his big break as an animator. After getting a meeting with the CEO of a major animation studio, Gordon decides to quit his job and move back in with his parents to concentrate on his art. His idiotic and sociopathic tendencies starts upsetting his father, who also shows the signs of being a psychopath himself. This leads to several clashes between the two men. I would say hilarity ensues, but that would indicate that something funny happens. Spoilers: nothing funny happens here. Ever.

The problem with why this movie isn’t funny is because it’s drawing on the comedy act of Tom Green. That would be fine if he was actually good at the whole being a comedian thing. He never has been, and this movie will only reaffirm that he sucks at humor. None of the jokes or gags are ever amusing enough to warrant even a smile, mainly because they’re way beyond infantile half the time. That pretty much a great example of Tom Green’s career, to be honest. 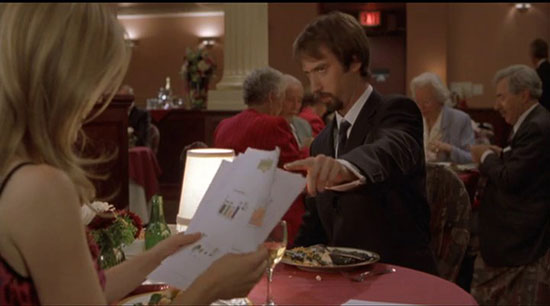 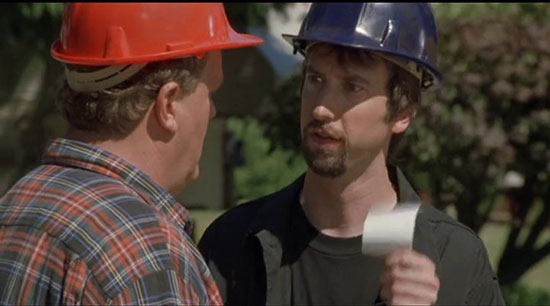 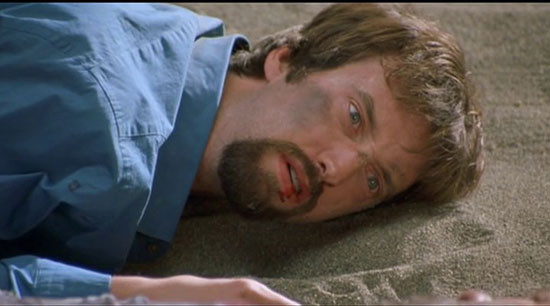 The fact that Tom Green’s character, Gordon, is completely unlikeable only increases the awfulness of the film exponentially. His character is not only stupid and immature beyond belief, but he’s so absolutely selfish that he makes serial killers look like the most empathetic people on Earth. Everything he does is for his own amusement, and never once does he show an ounce of compassion or care about whether what he does might actually hurt others.

He even makes a false accusation against his own father that pretty much destroys the man’s life. Not once in the whole movie does he ever do anything to rectify the situation either or seem concerned with his dad’s welfare. There is nothing redeeming about him in the slightest. The only thing we’re given is his father manages to be a bigger jackhole than he is. I guess Green thought that was enough to make us want to take Gordon’s side. It isn’t. 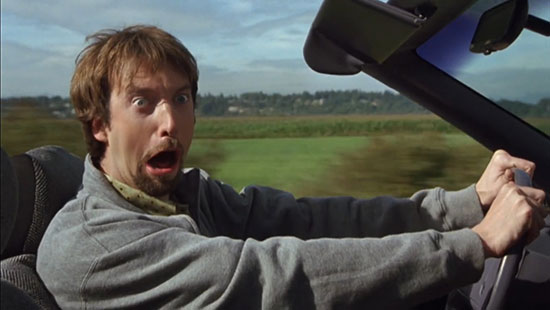 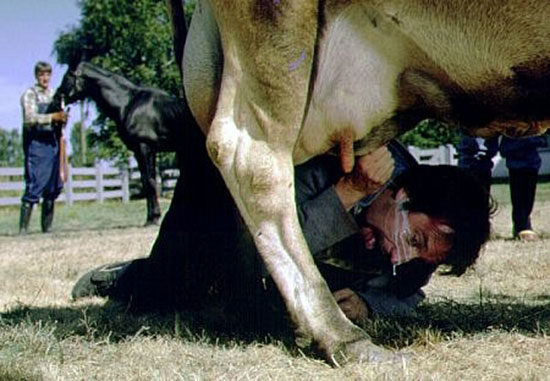 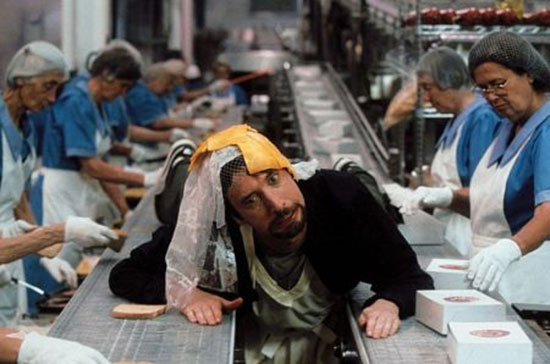 With Gordon’s character being such a sociopath, the movie could have tried to make his parents sympathetic characters who are stuck in the position of having to put up with their son’s antics. Instead the mother came across as being an idiot who willfully turns a blind eye to what an ass her son is, which only enables his behavior. His father, however, is almost every bit as horrible as his son. He’s judgmental, prejudiced, and says whatever he wants without caring about how hurtful his words are to anyone else. His own actions are supposed to be humorous, but they’re just too awful to be funny.

There’s a love interest for Gordon who’s so underdeveloped that the only traits she has is that she’s a nurse who moonlights as a rocket scientist, is in a wheelchair, and just wants to give Gordon oral sex. That literally all the character development there is for her. Gordon’s brother, Freddy, is the only sympathetic person in the movie. In fact, he should have been the main character. He does his best to succeed at life only to see his slacker older brother get the lion’s share of attention while his own life is wrecked by Gordon. He would have made for a great protagonist who has to find a way to deal with the insanity and unfairness of it all. Instead, he’s treated as a background character who’s there only to be the butt end of jokes in the small amount of time he’s given. All we get to know about him is that he’s a banker and the only person in this farce that seems normal. 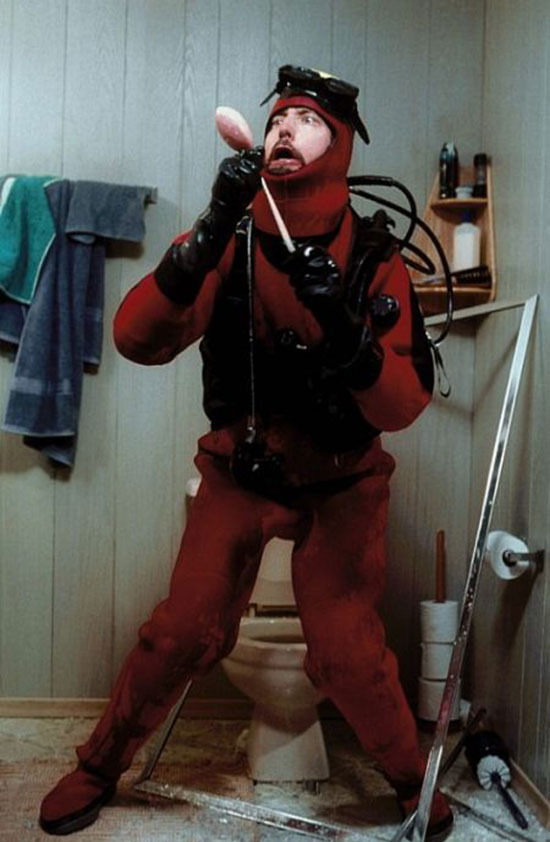 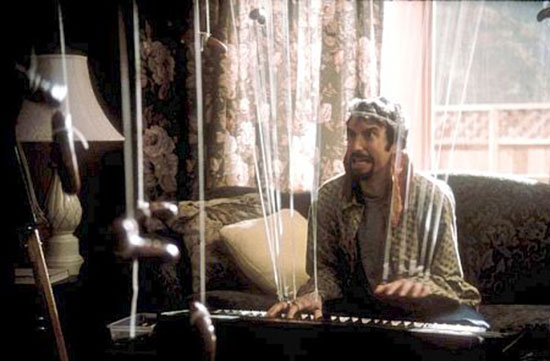 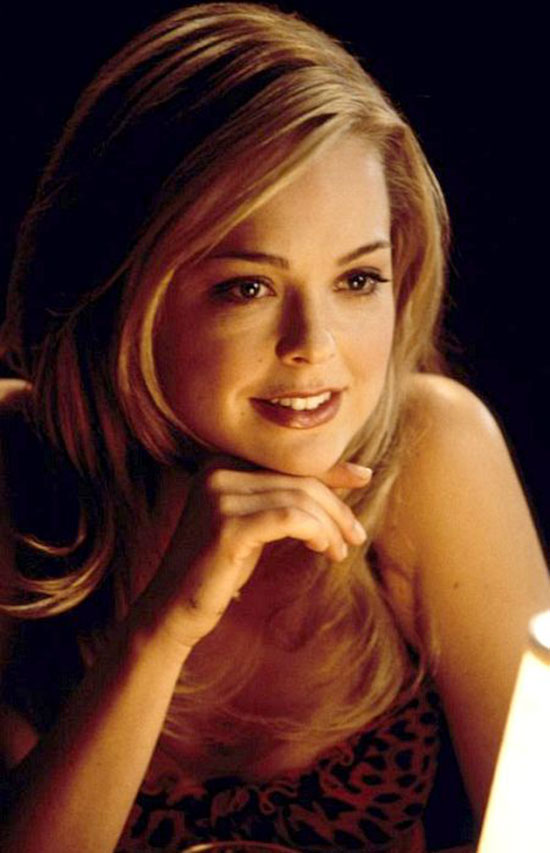 This movie is not worth your time. It’s stupid from the moment it begins, and manages to be even stupider with its underserved resolution. It’s an unfunny mess that centers too much on people who are so terrible that you’ll end up wishing an anvil falls on their heads. In fact, the best way to encapsulate what watching this movie is like is with one of the outtakes shown during the credits. In the outtake, Tom Green is drinking milk directly from a cow’s udder and immediately gags and asks “This is comedy?”

No Tom, it’s not. However, you based your whole career on doing crap like that. The fact you actually have to ask only shows how much you don’t understand what comedy is.