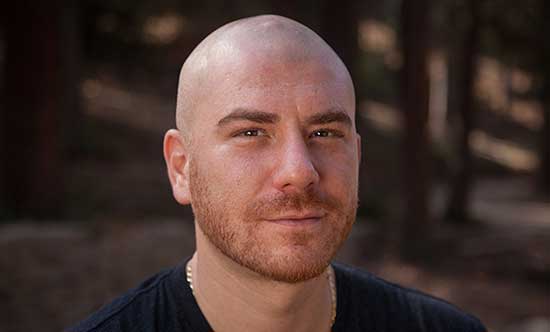 Hi Pete and Hi Tony, First off, “Killer Christmas” was really good. You guys did a great job! Please tell us how this project manifested?

Pete- So basically last Thanksgiving, so just about a year ago. Tony and I we go with our families to a Christmas tree field to cut down a Christmas tree. We have been going to the same spot for the last like twenty or twenty-five years. But, this past year Pete just came back from LA and I was out there on-set doing a bunch of stuff and learning the ropes and what not and writing for a while. Tony was here. He’s working for a software development place.

We were out on this Thanksgiving trip with our family and there’s like this retreat house that’s across the street from the Christmas tree field and over the last twenty years it’s kind of been going out of use and becoming decrepit and now it is boarded up and some of it is falling apart. We’ve watched this happen since we were kids all the way growing up. So the past years we’ve been spit balling ideas like oh dude wouldn’t it be cool if yada yada or yada yada and then the basis for “Killer Christmas” kind of developed over the weekend. But we were just throwing out ideas.

We didn’t think, or at least I didn’t really think anything was going to come of it. Literally, Monday Tony comes back from work and he’s like I think I want to quit my job and you know let’s make this movie. I thought he was crazy but he really insisted on let’s give this a shot. He’s willing to put up the money to finance the film. So he quit his job and that week we started writing. By New Year’s we had our script done and we had a list of all the different things we needed to think about. Starting in the New Year we hit the ground hard. We put a casting notice on Actor’s Access, we got like eleven hundred applicant’s. We rented out a studio space in the West Village. We were done casting by the middles of January and simultaneously we were also location scouting. 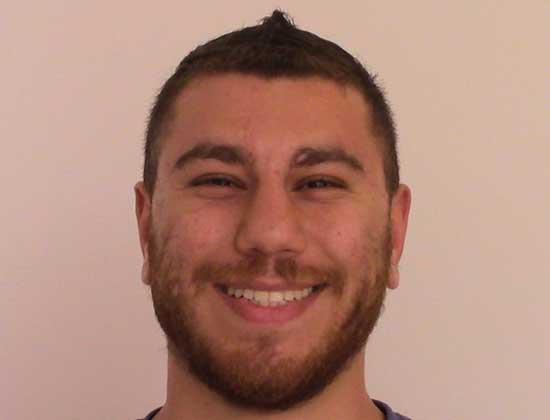 For the Christmas tree farm, we initially went to the Christmas tree field but they weren’t really interested in having a horror film at their location. Not everyone is down for that. At first we were disappointed but then it was a blessing in disguise because it forced us to go out there and look. We visited probably about a dozen Christmas tree farms. We found one about two hours away in Red Hook, New York and it’s called Battenfeld’s Christmas Tree Farm. We were trying to shoot in February which is after Christmas and it was surprisingly hard to find a Christmas tree farm because right after Christmas a lot of them cut down all the trees and sell them in bulk or wholesale so a lot of these farms are empty or they have small trees. We were looking for the real field. This place had a 130 acres, seven or eight hilly slopes, back areas, trails and a creek.

It was great. We made a deal with them and we got it for a weekend which happened to be our parent’s anniversary weekend and they came up there with a bunch of friends and family. They are all like the background actors and people walking around the lot so that is pretty cool. But then the house, the hotel, The Adler Hotel. That was for us the greatest find we could have. We found a website called The Art of Abandonment. It is kind of like one of these urban explorer websites so whoever sneaks into places and posts pictures on there. We found dozens of places all around the North East and we started visiting them. We looked at abandoned asylums. We finally found The Adler and it’s about three and a half hours from us.  All the stuff you see in the movie is ninety-nine percent is already as is. We didn’t really do any set designs.

We only added a couple of spray paint things that are very specific to the film. This place is just crazy. They were cool with us shooting there. When we arrived there it was the storm and the manager said well sometimes during the snowy month’s people do try to sneak in to just try to seek shelter. We got there during a snow storm, there were at least three or four sets of footprints up to the building that were fresh. We found two entrances that were easily accessible and so you know we swept the building, we set up microphones to listen if anyone was around. We heard a bunch of random noises and we got the manager to come and check out the property. We never saw anyone or found anyone and we made sure to lock up all the gates and we made sure to close up all of the stuff. It was definitely scary. 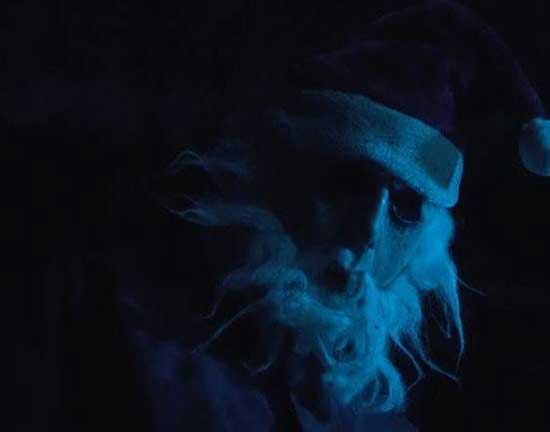 It was supposed to take a three and half hour drive to get there and it took about eight because of how snowy it was! Which was awesome for our setting but it was just a pain to get up there and unload all of our equipment and do that. While we are unloading our equipment at like 9 or 10 o’clock at night where it is pitch black and it’s snowing pretty hard, there is this like old guy probably in his fifties or sixties walking slowly up this two lane road and he’s barely got enough clothes on and me and my brother and Marco our cinematographer are the only ones there. We

are setting up in the bed and breakfast hotel that we rented out for the whole crew and because this town basically shuts down in February no one was around. They left us a key because we were the only ones around. This guy walks up the road and he’s like so you fellows just getting into town. We were so spooked out and we were like Oh MY GOD, this is guy that is in the hotel right now. We never saw him again. We had like two lines of small talk with him and then he left. We spent the next couple of days exploring the hotel.

We would go around corners scared that something would pop out. It was just an awesome experience.

That right there could be a Horror movie! Just with guy and the creepiness of the hotel!

Pete- I know! When we got there, within the first twelve hours we were like dude this might be a bad idea. 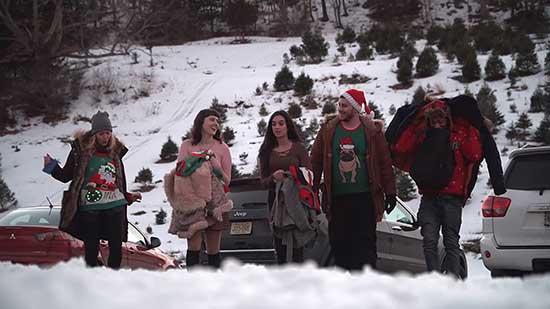 Tony- I think that the biggest challenge while shooting as well as doing all that at least when you are on-set because we had a pretty small crew. It was Pete, myself, Marco, this guy Juan who was our primary PA and Amy who was our hair and make-up and wardrobe and she wound up taking on just a ton of task. Because everyone was jumping around doing different things at all times. We were a small group and in a hotel with no power and we did have a generator. We were constantly running around doing so many different things and I think for me that was probably the toughest thing because your focus is constantly jumping back and forth between different tasks.

Pete- Tony was also one of the main actors so he is doing all the stuff and acting. I had a little bit more of a luxury of being able to mostly be able on the running around side. These were very long days.

Tony- Yes, like Pete said these were very long days. Very long days and very cold nights in a place where you kind of feel like you are going to get murdered every time you feel you are walking around the corner. 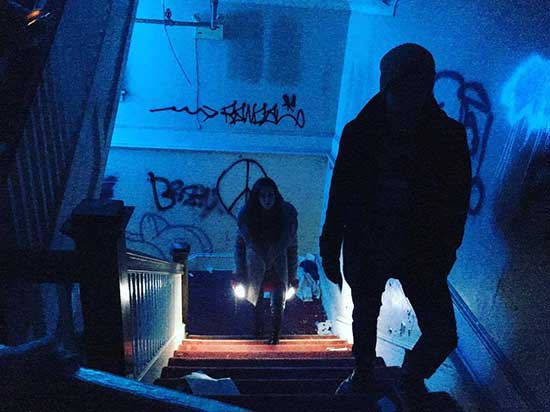 Did all of you stick together in groups for safety reasons?

What about the music?

You know how you hear the kid’s singing?

We spent months trying to find that and we eventually hired a choir in Utah to sing, we booked one hour of their time to sing five just refrains from big popular Christmas public domain Christmas songs and then we had a producer kind of mix that all into some music that we laid underneath. We had to go hunting. That choir was one of the hardest things to find. Between the choir and the finding of The Adler Hotel.

It does make it creepier with the choir. This was different and you are watching this film and this creep, eerie music is the background and it is just extra creepy!

Pete- That’s awesome! That is exactly what we were going for. From the moment we were writing this, we heard these kids singing and we thought wouldn’t it be awesome if we could get that. 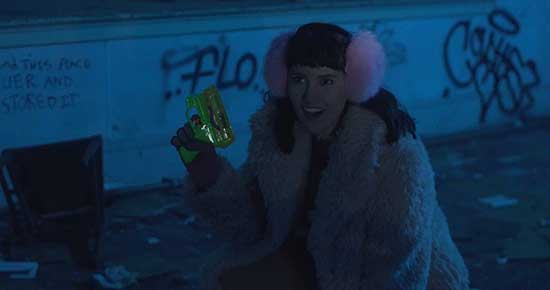 The cast including you Tony did a great job. What was the process of working with everyone?

We had limited time to build up together. They met each other and what not and people got to know each. We rented out the bed and breakfast and there were eleven of us. There was a nice fire place and bar. It was called The American Hotel in Sharon Springs. It was a great place. We thank them for their hospitality. We could not have found nicer people.

Tony- The thing with being on-set and shooting in such a short amount of time, we needed people with a very team oriented sort of mentality. It was great that we had the actors that we had. 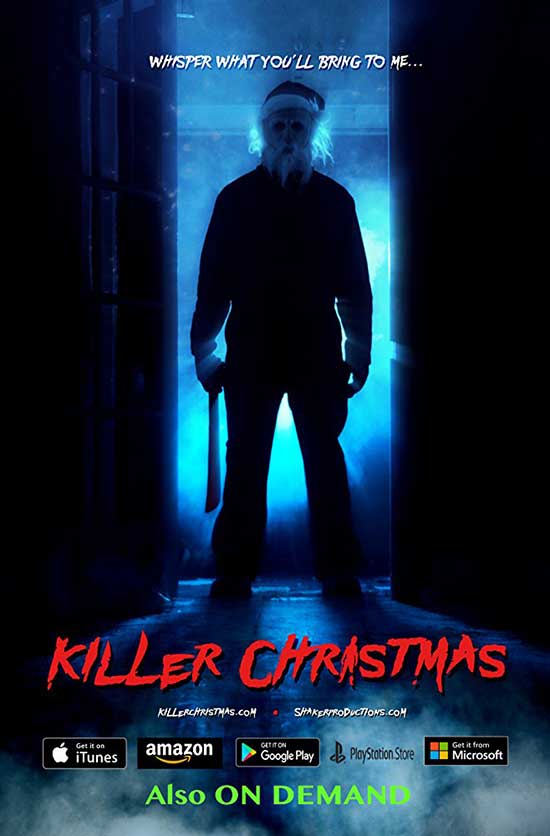 Okay, I have to ask! You know I do! Any chance of a sequel?

We are hoping that this movie is something that can really take off and have some legs and from there we will see what the next move is.

For us this is a kind of a fun campy way to introduce the guy you see at the end right! If it goes well, maybe yeah. “Killer Christmas,” we would love it to be the “Fright the 13th”, “Halloween”, you know Freddy Krueger, Michael Myers type of Christmas thing. You haven’t really had an iconic kind of character like that.

What do the two of you want to say to the fans and the audiences that will be watching “Killer Christmas?”

First thing I would like to say to them is we hope you guys enjoy the ride. We feel like we want you to feel lost in this hotel at times. Like we said we put up this actual background footage of the actual hotel of us walking around. We want you to feel that fear of going around the corner and thinking someone is going to pop out and kill you in your own home. (Laughter all around) Thank you guys.

Thank you both so much for talking to me for Horrornews.net