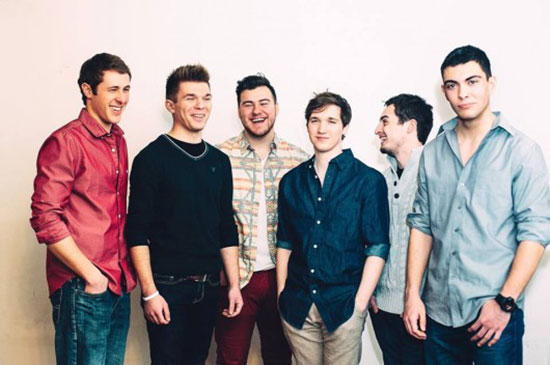 First off please tell us how Captain Kidd started and how you all got involved in music?

We got started as a band in fall of 2013. Eric and I (Nate) had been writing songs together since high school, but initially ended up going to different colleges. He up transferred to Ohio State that fall so we could pursue music, and we put together a group with Stew (who I lived with in the dorms a year before) and Nick (who we met through a campus group called Musicians Collective).

As far as music in general goes, Nick is the only one of us that’s been playing since childhood. The rest of us didn’t pick up our instruments until we were teenagers, and Stew basically learned keys on the fly for this project haha.

What can you tell us about making the video STAY?  It is a great video!

We approached our dudes Evan and Anthony with the concept for the music video — they work for a video production company called The Film Forge in Columbus. The song itself is darker than some of our previous material, so we wanted to make sure and create a video that mirrored that aesthetic. We went back and forth between a couple of ideas, but eventually decided on a concept I’d been working on for awhile about a girl who was sacrifice by this cult…we thought it’d be creepy to pair that with the possessiveness of the song’s lyrical content. 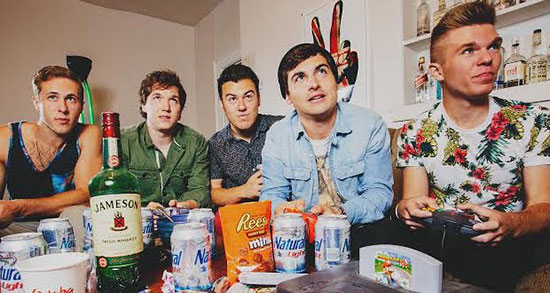 Once we decided on the final concept, we fleshed out the rest of the plot as a band and the video crew basically ran with that. It took 3 total days to shoot the video — we shot all of the outside shots out in the country on the first night, and then took the next two days to get all of the inside shots at Harrison House in Columbus.

Overall, we were really happy with how well the entire thing came together. Everybody on set was a dream to work with, and we we’re looking forward to working with them again on future projects!

Did you have any influences growing up that inspired you to get into music?

Nick’s dad played in a couple pretty prominent bands in the Midwest, so he was always a huge influence for him while he was growing up.

The rest of us just got into music because we thought it looked cool haha. We didn’t really have any close family or friends that did anything like, so we were just looking up to the artists we listened to at the time like Arctic Monkeys and the Strokes.

Halloween is an epic holiday for the Horror community.  Did you guys have any special traditions or movies that you watch every year?

We actually all live together, so we always end up watching a horror flick before Halloween. This year it was The Babadook, but usually The Shining is our go-to. 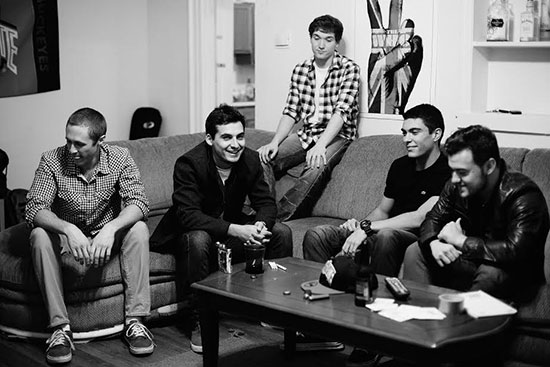 We’re in the middle of recording our first full-length album right now, actually. As far as music videos go, we’ve already finished another that we plan on releasing in the spring, and we’re currently working on concepts for our next single.

Did you face any challenges filming the STAY video?

The shooting went almost perfectly actually, with the exception of one small hiccup — while we were initially filming the outdoors shots, our director (Evan) was approached by a neighbor who said we were on the wrong property. We ended up having to move to the other side of the field we were in…though honestly we were just glad he didn’t bring a shotgun out to see what all these masked creeps were doing in his backyard.

We’re so thankful for the support you guys continue to show us with each release…we know two years is a long time to wait for music, but we’ve got a lot more planned coming up soon. Stay tuned!

Please tell everyone where they can follow you and purchase the music? 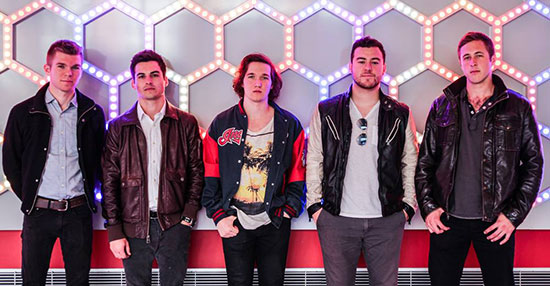 Who are some of your all-time favorite artists?

We love a bunch of different types of music, so this is always a tough question. Right now, I’d say our current faves are Arctic Monkeys, Tame Impala, Jamie XX, Frank Ocean and, of course, Kanye.

Will there be a tour at all?

We 100% plan on touring in the spring/summer after we release our album. The plan is to hit everywhere within about an 8 hour radius of Columbus, including Canada (work visas permitting).