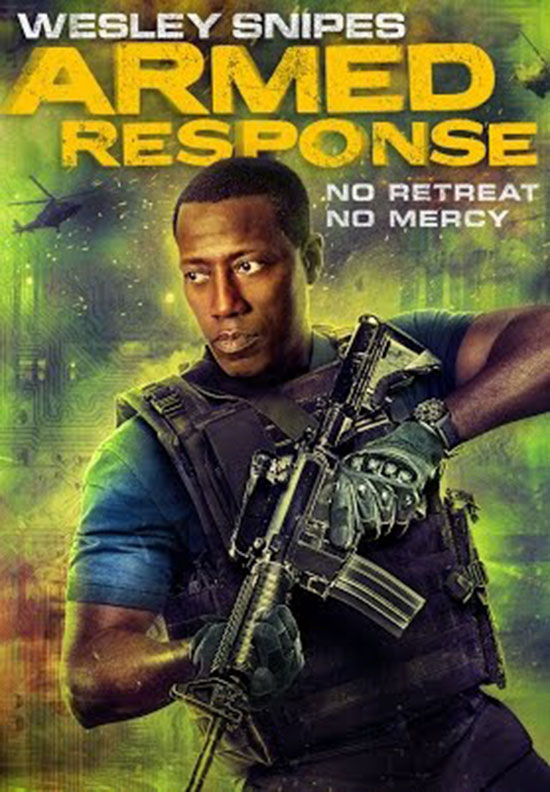 A team of highly trained operatives find themselves trapped inside an isolated military compound after its AI is suddenly shut down. The crew begins to experience strange and horrific phenomena as they attempt to uncover what killed the previous team. 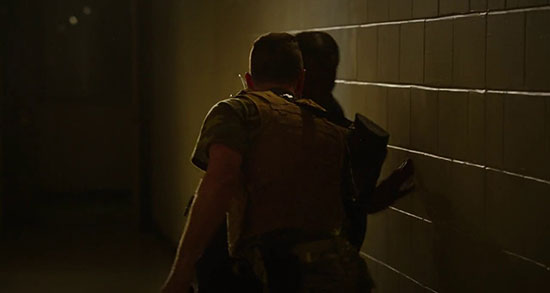 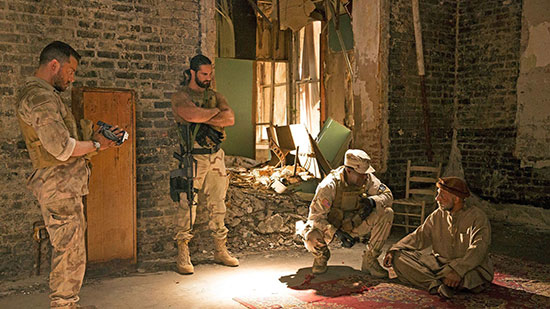 Armed Response is a tepid military horror film wearing the thin veneer of an action movie. Unfortunately for the odd assemblage of a cast, which features Wesley Snipes (Blade trilogy, Demolition Man) as a commander putting together a recon team, Anne Heche (Donnie Brasco, My Friend Dahmer) as one of his subordinates, and WWE’s Seth Rollins, aka Colby Lopez (Death Before Dishonor VIII), as a violent veteran, the movie provides viewers with zero impetus to stick around through its endless scenes of talking heads and darkened corridors.

Despite the billing, the actual star of the movie is Dave Annable (Little Black Book 2004, Final Vision 2017), who brought his rom-com honed skills to role of AI programmer Gabriel. After a nonsensical backstory is revealed, including the death of his daughter by semi, Gabriel is recruited by Snipes’ character Isaac for a recon mission. Apparently, a secret installation run by AI that Gabriel developed has gone radio silent. It seems that the AI software’s lie-detection skills found out a truth the military wants hidden, and any who enter the base risk death because of it. 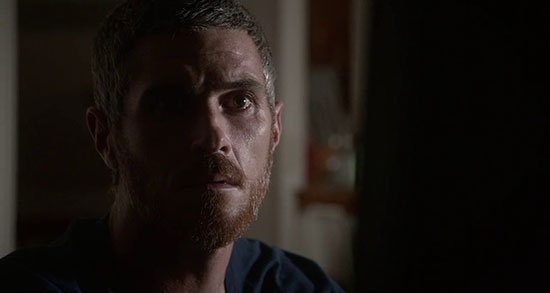 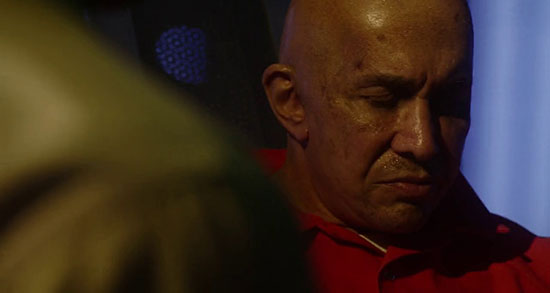 The script is the major downfall of this film, and it fails at every turn. Writer Matt Savelloni (Exile to Babylon, In Production) leans on every clichéd piece of thriller dialogue, and literally assumes his audience will fill in the details of the tropes he’s overusing. This means that movie-virgins will be hopelessly lost, and the rest of us hopelessly bored. Neither the intellectualism of 2001: A Space Odyssey, or the visual onslaught and speedy flair of Resident Evil are on display in this derivative AI-amuck film, and the actors themselves seem downright tired of the whole deal. Wesley Snipes delivers his lines as though he’s reading them from the inside of his sunglass lenses (PS, it’s dark in the lab—why’s he wearing those?), and only Annable is given half a chance to emote (which he does as well as circumstance allows). Mo Gallini, too, adds something to the film in the way of aggressive energy, but his stock-terrorist character is likely an offense to multiple nationalities.

The only scene even remotely interesting involves a liquifying wall, and is neither explained nor acknowledged by the script. How a computer program, regardless of its intelligence, is expected to pull a Frighteners’ move is beyond this humble reviewer’s imagination—but it happens, and it’s fairly entertaining for the two seconds it lasts. 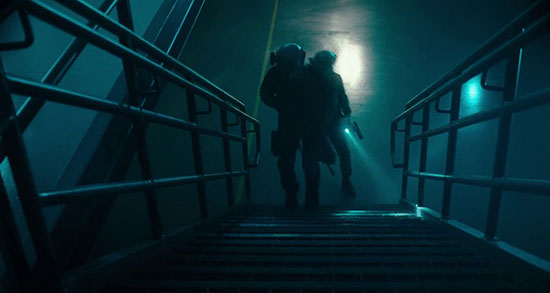 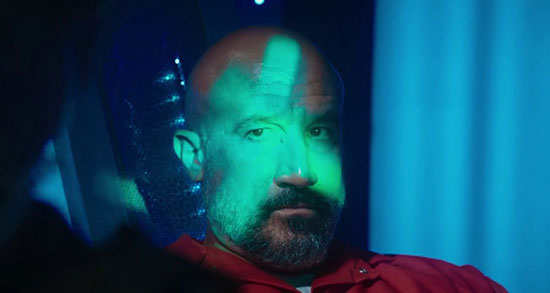 Anne Heche and Colby Lopez, who have a fight scene (!), seem as confused by their character’s existence as the rest of us, and go through the motions of the script as if they’d just had it described to them. Morgan Roberts (My Father Die), Mike Seal (Kristy 2014, Urban Justice 2007), and Eyas Younis (Orange is the New Black series, Asockalypse!) round out the cast as fellow military employees and a Muslim victim of military corruption, but none have any chance to shine through the doldrum that is the plot. The film does try at a twist in the latter half, but even someone born yesterday will see it coming (so long as they overcome the confusing, never-explained paranormal attack scenes). 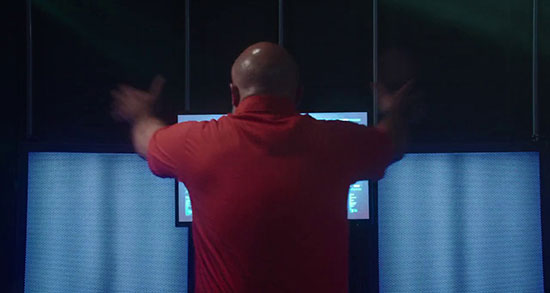 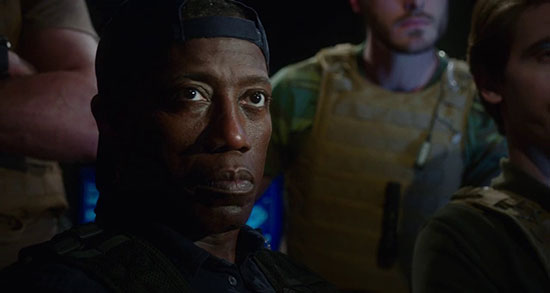 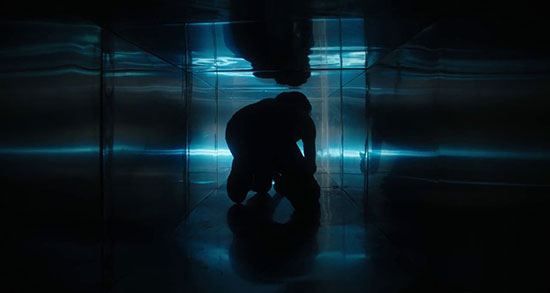 All in all, Armed Response is a shallow attempt to churn out a run-of-the-mill technological horror tale that is unable to overcome an obvious lack of passion from everyone involved in the production. Perhaps someone, somewhere, once had a vision for the movie, but none of that inspiration made its way into the endless, slow, corridor-crawl that is this Wesley Snipes direct-to-video release.