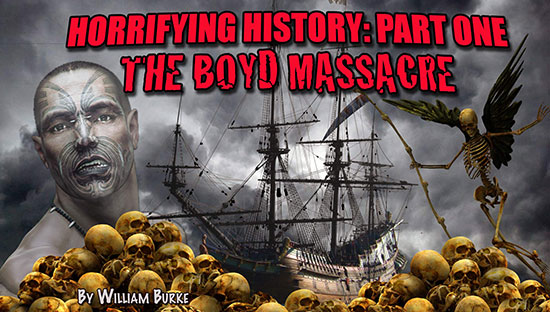 Sometimes I wonder why Hollywood leans so heavily on sequels and remakes when producers could just crack open a history book and find some of the most ghoulish tales imaginable. If Hollywood was pitching this epic they’d proclaim, “It’s MASTER AND COMMANDER meets THE HILLS HAVE EYES!” So lets kick off the Horrifying History series with that gruesome saga known as THE BOYD MASSACRE.

Nowadays we think of New Zealand as a lovely place where they grow kiwi fruit and make eight-hour-long Hobbit movies. But back in the early nineteenth century it was known as, “The Cannibal Isles,” and pamphlets warned sailors “Touch not that cursed shore lest you, these cannibals pursue.” This slogan didn’t exactly boost tourism.

New Zealand’s image problem came to a head in 1809. The convict ship Boyd had just dropped off her cargo of Irish prisoners in Australia and was starting its long voyage home via New Zealand. She carried a compliment of seventy, including a Maori native named Te Ara who was working his passage. But Te Ara, who was the son of a Maori chief, deemed performing menial labor as beneath his noble station. In a display of incredibly poor judgment, ship’s captain John Thompson had the insolent Maori flogged and starved. In 1809 flogging sailors was a standard maritime punishment, but Te Ara was the son of a Whangarora tribal chief … and guess where the Boyd was stopping for resupply? None other than Whangarora! Clearly this sea shanty doesn’t end well.

As soon as Te Ara got to the Whangarora shore he showed the Maori Chief Ti Puhi (aka daddy) his flogging scars and told of his mistreatment. At the time relations between the local Maori and visiting Europeans were already strained. Only two years earlier the British sailing vessel Commerce had moored in Whangarora bringing with it an influenza epidemic that killed sixty natives. The Maori were convinced the white men had cursed their bay and the mistreatment of Te Aras was the final straw.

Pissing off the Maori was a terrible idea because they were legendary bad asses who sported facial tattoos that were actually carved into their skin like grooves in a record. They had a charming habit of taking human heads as souvenirs and even played a bowling style game using these collected noggins. Each male Maori was a skilled warrior wielding a weapon carved out of jade called a “Mere.” They were also easily offended and prone to seeking “utu,” which roughly translates to revenge. Oh, the Maori had some unusual dietary habits—but we’ll get to that.

Enraged, Chief Ti Puhi quickly hatched a cunning plan for revenge. First he invited Captain Thompson and four of his crew to the village for a light supper. The ship’s crew accepted the invitation, never suspecting they were on the menu. The Maori killed all five so quickly that the sailors never got off a single musket shot. The dead sailors were butchered, cooked and served in a ritual feast. But that was just the appetizer in the chief’s banquet of brutality.

After noshing on their enemies’ flesh the warriors donned the sailors’ uniforms and borrowed their rowboat. With Ninja worthy stealth they snuck onto the Boyd at nightfall. Once aboard they went full-on Jason Voorhees, killing off the armed crew one by one and then slaughtering the remainder in a whirlwind of bloodshed. Only five crewmembers managed to survive the carnage by climbing the masts. They looked down in horror as the Maori butchered the fifty-five crewmembers, gutting, skinning and preparing them for eating. Those survivors were eventually dragged down from the masts, killed and eaten. It was one of history’s bloodiest instances of cannibalism.

It wasn’t all senseless brutality though. At the Maori women’s insistence passenger Ann Morley and her infant daughter were spared. Tom Davis, a cabin boy who had secretly fed Aras after his flogging, was also allowed to live. The tribal chief took the ship’s second mate as a slave, but he was a lousy worker so the chief eventually ate him. Two-year-old Betsey Broughton was also spared, though her mother was murdered in the initial attack.

I bet you’re thinking, this would make a better movie if something exploded in a huge ball of fire. Well, you’re in luck! After devouring the Boyd’s crew, the Maori started looting the ship. They were especially interested in the Boyd’s muskets and gunpowder. Unfortunately, rooting through a dark gunpowder magazine by torchlight is a terrible idea. The gunpowder combined with the ship’s store of whale oil and coal exploded, blasting pieces of the ship and the Maori on board across the bay. There was so much blood in the water that a nearby atoll was renamed Red Island.

Word got out about the Boyd Massacre, inspiring Captain Alexander Barry to lead an expedition to rescue the survivors. He eventually secured their safe release through a campaign of threats and intimidation. After his success Captain Barry wrote the admiralty a widely published letter warning sailors about the area. But in a tragic twist of fate he misspelled the Maori chief’s name, altering it from Ti Puhi to Te Pahi—the actual name of a respected Maori chief from the nearby Bay of Islands. Te Pahi had been instrumental in establishing trade between the Maori and the British and had bravely intervened by trying to save some of the Boyd’s crew. He was a man of vision and good will.

British sailors read Captain Barry’s report and demanded that someone avenge the slaughter. Shortly thereafter five whaling ships landed at the Bay of Islands and massacred Te Pahi’s entire village. This senseless killing fractured British and Maori relations for the next decade.

So there you go, a wild tale of tall ships, huge misunderstandings, flogging, ship attacks, massacres, cannibalism, explosions, rescued children and tragic spelling errors. Just add Nicolas Cage as a captain and the girl from that CW Network show (you know … that one with the girl in it) and I smell blockbuster! 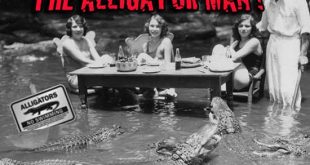 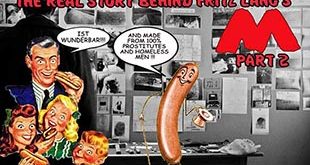