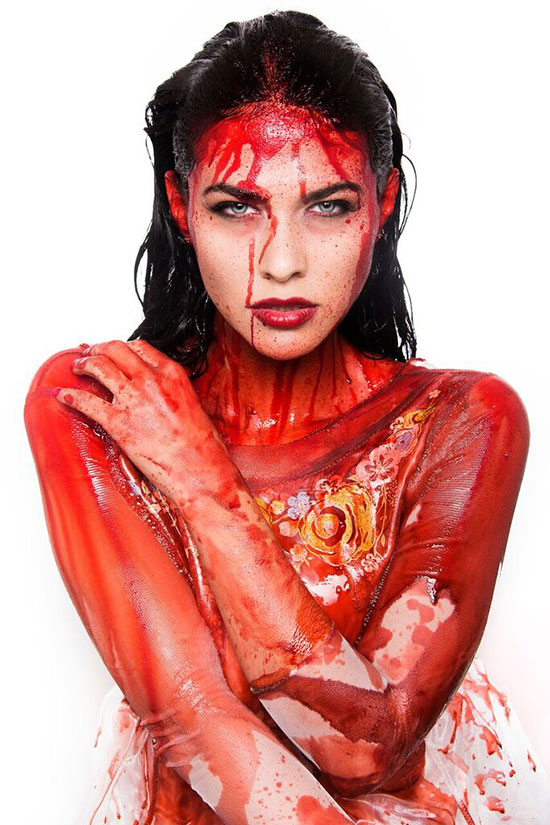 Jess Adams is more than just a pretty face. In addition to being a model she is also a very talented actress that has appeared in a number of movies and television shows and has some pretty cool horror related stuff coming up soon. I was lucky enough to talk to her recently and we spoke about her modeling and acting career, some of her influences, and some other interesting things.

Todd Martin: How old were you when you knew that you wanted to get into acting?

Jess Adams: I actually was a pretty anxious child but loved playing characters. My sister would always watch really scary movies with my brother and me. I would make funny movies with my siblings at home and put on shows with the neighborhood kids. Acting classes and plays made me so nervous so I never really did any stage work. Eventually at 16 I would take the train to New York City and take classes. I felt so much more comfortable in front of a camera as opposed to just being totally exposed in front of people live. It was a nice buffer and I didn’t really dive into acting until I was 17 or 18.

TM: What was your first acting gig, and was it a positive experience for you?

JA: My first acting gig was Taking Woodstock, which was directed by Ang Lee. it was being filmed next to my small town in Massachusetts on the border of upstate New York. I was 17 and had to have my mom with me on set which was actually really fun. It was really cool to see how it all worked; all the moving parts, all the departments, all the hours to boil down to make a movie.

TM: You’ve done both acting as well as modeling. Which one do you prefer and why?

JA: I do a lot of acting and modeling. They’re similar but so different. I never thought I could be a model because I’m short and curvy andnot at all what I grew up seeing in magazines. When I kinda broke in I realized how good these differences are and how much joy that they bring me. Who wants what’s already been done? I realized that my expressive nature and acting abilities also really helped tell a story even in a still photo. The perfect marriage of the two would be music videos which I’ve also done a ton of. It’s acting with your eyes and portraying an image and vibe without dialogue. I really can’t pick, I love them all.
TM: Who are some of your influences?

TM: What work of your own are you most proud of?

JA: It’s so hard to pick my favorite job! They all offered so many different experiences. But I’d say The Wicked is up toward the top of the list. I love being a scream queen because I love horror. I also loved doing the Hard Rock campaign. I can’t tell you how cool it is to see your own giant smile in the window of an iconic store. I also loved doing the Justin Moore “You look like I need a Drink” music video. I got to be a badass outlaw in it! 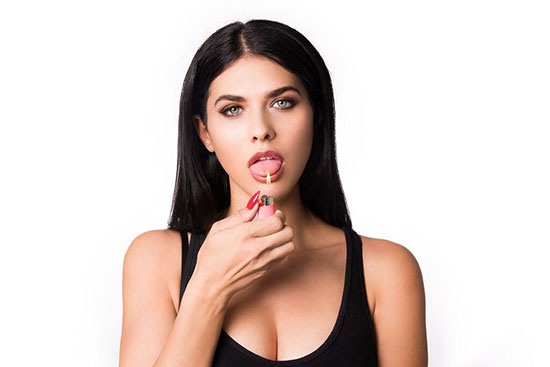 TM: If you could work with anyone on a movie who would it be?

JA: If I could work with anyone on a movie it would be with some badass female directors. I’d also love to work with Guillermo Del Toro since he’s amazing! I’d love to work with Liam Neeson and Jennifer Lawrence too. I also want to do more horror films!!!!!

JA:  Pan’s Labyrinth and anything by Miyazaki. I also loved Girl with all the Gifts. I read the book 3 times!

TM: In your opinion what is the scariest movie ever made?

JA:  Silent Hill! Those scary nurses! Brrrr! Or if you asked childhood me I would say Pet Sematary and Gremlins. Those scarred me for a while. And of course, Dawn of the Dead always freaked me out too.

TM: What freaks you out? Do you have any phobias or anything that scares you?

JA: Zombies!  Zombies are my biggest irrational fear. Anything zombie-ish. That stuff hits too real for me! I feel like it could totally happen. I don’t even like when people walk towards me slow at night when I’m walking the dogs. And forget Six Flags with all the zombies walking around. That’s the perfect cover for a zombie outbreak!

TM: What do you like to do in your spare time?

JA: I’m always creating, I try to collaborate and do fun passion projects in my free time. I love to nap and cook (I watch a lot of Master Chef and Top Chef). I also rescue dogs and pups and dedicate a lot of time to that. Oooh I also love popping videos. Especially before bedtime.

TM:  If you weren’t doing the acting/modeling thing right now what would you be doing in terms of a career?

JA: If I wasn’t doing acting or modeling I’d love to be a news anchor, a veterinarian or run an animal rescue. I’d also love to be a dermatologist.

TM: What is your dream role?

JA: Dream role….Angelina Jolie in Tomb Raider. Or voicing a cool character on a cartoon! I’d get to go to work in sweatpants. Or a badass chick that saves everyone from a zombie outbreak (it wouldn’t be acting though, I’d be terrified!). 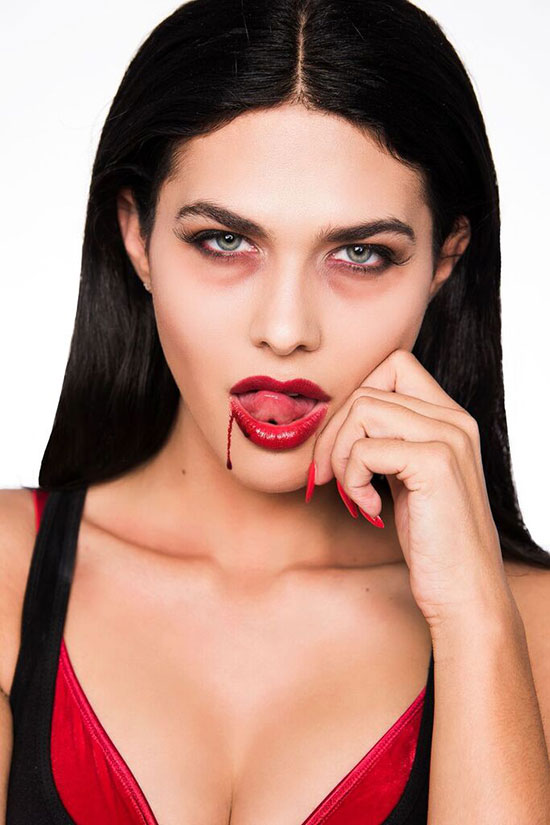 JA: I just finished an awesome short film called Sarah that was directed by Grayson Chaney. I got to wear my first full face prosthetic and play a succubus that kills men on Tinder. LOL!

TM: Anyone you want to give a shout out to or anything you’d like to add?

JA: I want to give a shout out to Deborah Herman, my mama, for her co-authored book with Dianne Lake called “Member of the Family: My Story of Charles Manson, Life Inside his Cult, and the Darkness that Ended the Sixties” published by William Morrow an imprint of Harper Collins. It will be available October 24 and is available for preorder on most online retailers.

Also my dad Michael Adams because he’d totally keep my alive during a zombie apocalypse.

My family for supporting me, my friends

And my amazing boyfriend Robby who puts up with me coming home in crazy makeup and fake blood and doesn’t bat a lash. Thanks for being my best bud!

Thanks so much to Jess Adams for taking the time to talk to me! You can find her online at the following places: