1922 is based on Stephen King’s 131-page story telling of a man’s confession of his wife’s murder. The tale is told from the perspective of Wilfred James, the story’s unreliable narrator who admits to killing his wife, Arlette, in Nebraska. But after he buries her body, he finds himself terrorized by rats and, as his life begins to unravel, he becomes convinced his wife is haunting him.

At Fantastic Fest, I sat down with director Zak Hilditch and stars Molly Parker and Thomas Jane to learn more about the film’s conception and execution. 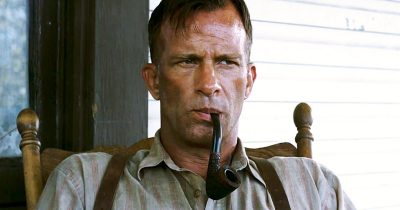 Congratulations on the film, guys! I really enjoyed it!  Zak, can you tell me what brought about this adaptation? Did you conceptualize and seek out directing 1922 or did it come to you?

Zak Hilditch:  Cheers! Thanks! Yeah, I sort of stumbled across Full Dark, No Stars around 2010 or 2011 and found the cover so striking- the cover with the image of the woman.  Then the first story was 1922, and I ripped through it. I put it away and thought ‘wow, what an amazing story, Frank Daranbont is going to do that one day. I wonder who will play Wilfred, and I’m sure it would be great.’ I moved on with my life and made a film called These Final Hours and that sort of opened up doors for me over here to make my films. So, then when I was in that sort of transitional phase, I was reading and developing stuff that kept coming back to 1922. I couldn’t let the images of the story escape me. I was sort of obsessed with it. I inquired if anyone’s got the rights and no one knew what the hell 1922 even was. So, I couldn’t believe I was able to just swoop in and gave it a crack with my first adaptation. It was perfect to have something that cinematic ready to adapt and Stephen King. He gave the script his blessing and then it was about trying to get it up. 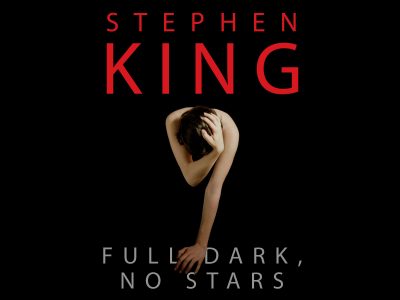 Yeah, it was very imagery heavy in that short story. So, to see it play out with the characters and special effects made it really strong and satisfying as a fan. Molly and Thomas, how did you guys get involved and what about the characters drew you into the story?

Thomas Jane: Well, it’s just the script. I hadn’t known about 1922 even though I am a Stephen King fan. That book…he’s written so many books that that one had escaped me. So, I read the script first and then went back and read the novella. Zak’s right- it plays out pretty much like a movie and the novella is very well done. Everything you need is all there. He really did a wonderful job and a great examination of family. So, yeah we like Stephen King. It’s a good year for him.

Molly Parker:  Yeah, I also hadn’t read the short story. Zak sent me the script and then he and I got on the phone to talk about Arlette who he said “I can’t think of anyone else who can play Arlette”. I didn’t know whether that’s a compliment or not. (laughs) But we kept talking, and I think he’s a really incredibly talented filmmaker and a smart guy. You know, I was interested in the era and people and relationships. I wanted to try to just inhabit her in a way that was true to the kind of person she was, but also full and complex so that we weren’t really glad when she died. Also, just to be mindful about this sort of issue of violence against women and murdering your spouse. It still happens a lot and I didn’t want to participate in something that was sort of glorifying that or using that as a means of entertainment. I just saw the film for the first time last night, and what I do really love about it is that these people feel like they have a real love and hate and real relationship that circumstances somehow puts you in a position that it’s more than just about land. It’s about identity and survival and a way of being that is alien to me but fascinating to think about.

Thomas, your character has striking mannerisms and a distinct way of talking. What inspired Wilfred’s voice and the way he carries himself?

Thomas Jane: From reading the book and thinking about those people who lived during that time and studying some of the photographs of the era and some of the old paintings of that kind of life. I studied that kind of life, who those people really were, where they came from, and what it took to survive in that kind of environment. It was a very different than what we’re used to and I wanted to bring something that was different from what we’re used to to the table. I think all the characters had the opportunity to be very sort of not the fucking people you meet every day. 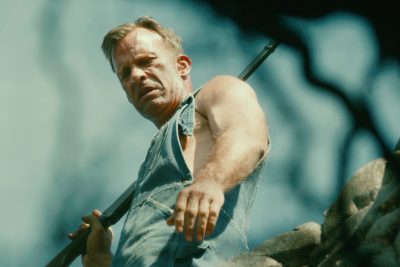 Zak, what do you think the biggest pitfalls are with adapting a story and how did you dodge those things?

Zak Hilditch:  Yeah, you just don’t want to fuck it up- especially with Stephen King. You want to do the material justice, you know? You want to make him proud of the thing he invented and when you’re re-configuring something and presenting it to him, you want to either enhance what was already there or at least match in some way the essence of what he was going for.

Can you talk a little bit about how you translate themes of fear, loss, and grief across in your work and specifically in 1922?

Zak Hilditch:  Yeah, I like telling stories about ordinary people in extraordinary situations. I guess there’s a sense of isolation in These Final Hours that was set in Perth, my home town. It’s an isolated city and his story of isolation and what characters are capable of doing when the chips are down. I also just love stories that visually match that same sort of theme and one feeds into the other. Subconsciously when you start finding your voice as a filmmaker, you either know when you see it or you don’t. The story was something that sparked my interest and I really wanted to tell this tale about a guy who makes a really crappy decision but we can empathize with him every step of the way when you usually wouldn’t. That speaks to the strength of King’s writing.

That scene where Arlette is killed off is really intense in the novel but it’s gut-wrenching to watch on screen. What was the filming process like for that really gruesome scene?

Zak Hilditch:  (laughs) Yeah, that was a crazy night.

Molly Parker: I have to say I really like that scene because it is so brutal. It doesn’t go the way he plans it. It’s like the beginning of everything going wrong. It’s already a disaster, and I think it’s a real testament to the filmmaking because you can shoot that in a way that you don’t see all that gore and blood and the real fucking horror of what that is, but the fact that you do see it…I was really grateful for it. It was one of those instances where the violence feels absolutely not what you would want to miss.

Zak Hilditch:  Yeah, we needed to see it. I can’t believe the floor didn’t collapse that night. Whenever you involve blood, everyone’s an expert and there’s like thirty people in that room yelling. Yeah, it was crazy. It was an old house from the 1920’s and we thought it was definitely going to collapse.

Thomas Jane: Well, I had fun.  (Molly and Zak laugh) 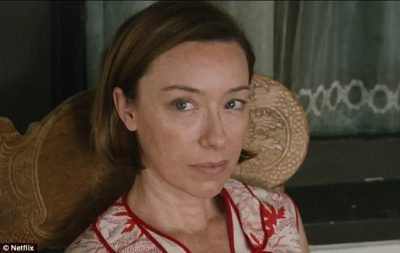 Can y’all talk about the film location?

Molly Parker: Yeah, it’s just outside of Vancouver about an hour and a half. It rained every single day. That house was a real farm house but everything around the house was CGI. So, it’s kind of incredible to see it after having been there in a different landscape because that’s like a character in and of itself.

Thomas Jane: Yeah, the isolation is important. You needed to show that he’s out there and just nothing around. They only have each other to rely on.

Thomas, this is your third Stephen King adaptation after Dreamcatcher and The Mist. Do you seek those projects out or do they just come to you?

Thomas Jane: It’s just one of those weird things. Some people end up working with Mickey Rourke like five times and nobody knows why. You throw a bunch of shit into a pot and there’s going to be these weird connections that just happen by the dent of physics. I’m happy to be a part of this one though, and I liked all the King stuff we’ve done. 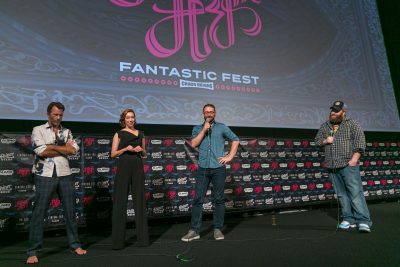