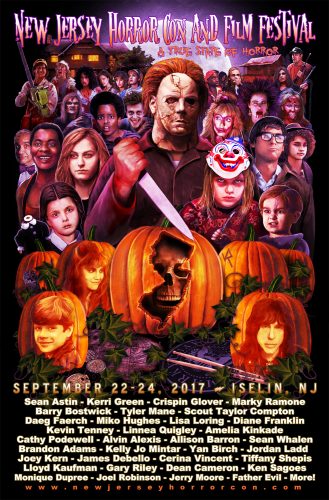 The second New Jersey Horror Con and Film Festival took place September 22 – 24 in Iselin, NJ, bringing in horror fans from all over to meet vendors offering cool items related to our favorite films and meeting and greeting those in front of and behind the cameras of the new genre offerings.

I appreciated this convention as it’s so close to home for a change and the quality among and the differences between the vendors was refreshing. I bought more items than I thought I would!

While there, I met author Joseph Cillo, Jr. who was eager to talk with me about his graphic novel, Blind Prophet, which has an intriguing story. He was kind enough to talk with me regarding his new work. 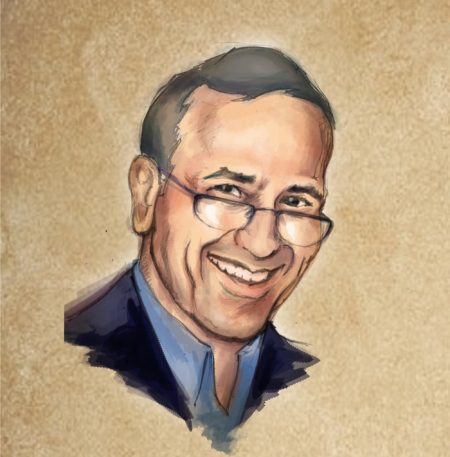 Jonathan Stryker: Tell our readers a little bit about your graphic novel, Blind Prophet. Is it just coming out now?

Joseph Cillo, Jr.: The graphic novel has been out for about a year now. It consists of the first four episodes of the story which itself runs seven episodes in length. You’re left with a bit of a cliffhanger at the end of it.

JS: What is the plot?

JC: Blind Prophet concerns a young boy who was born blind and autistic. Doctors perform an operation on him, and he starts seeing demons and angels in the spiritual realm. He has the ability to see what the demons are tempting people to do. That’s his super power. 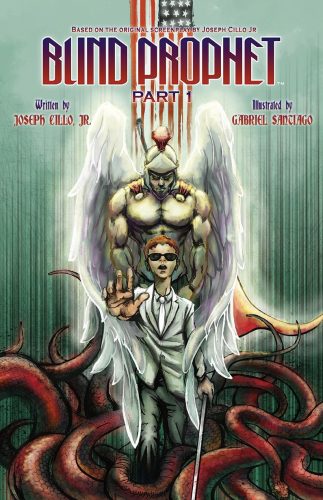 JS: That’s intriguing. Stephen King’s The Dead Zone concerns Johnny Smith, a schoolteacher who is severely injured in a head-on collision. He ends up in a coma and when he comes out of it five years later he has the ability to see what people have done and what’s happening at the present time. Have you written any graphic stories prior to this one?

JC: No, I originally wrote this as a screenplay for a movie and then I decided to make it into a graphic novel. So, it was initially conceived of as something for the big screen. Since it’s a very lengthy and has a large plot, it would’ve been a very big budget for the movie. When it comes to the graphic novel, I’m able to manage the production and finance it myself. I’m responsible for producing the final product.

JS: Were there attempts on your part to have it optioned by a film studio?

JS: What and who are your artistic influences?

JC: J.R.R. Tolkien and such fantasy as well as C.S. Lewis and his stories about tempting people, particularly The Screwtape Letters, written with a religious edge, the supernatural kind of thing. I also enjoy lots of different horror films. I personally like the ones that are more supernatural in nature. A classic is The Exorcist, that’s got a lot of religious content in it. I like anything that deals with the demonic and witches I tend to be more drawn to that rather that straight monster movies or science fiction.

JS? I love supernatural stories also. Have you listened to any old-time radio programs?

JC: Old-time radio shows? I wouldn’t even know where to find them! (laughs)

JS: I was actually introduced into the world of horror by my grandmother who bought me old radio programs that were acted out and performed on the air with sound effects and eerie music in the 1930’s and 1940’s, specifically shows like Arch Oboler’s Lights Out, Inner Sanctum, and Suspense. Listening to these stories was fascinating. Thankfully, they recorded a good amount of them for archival purposes. You can find them all over Youtube now, but in 1981 I had to hunt them down on cassette and 8-track tapes and buy them with money I didn’t have.

JC: It’s been a while since those have been popular!

JS: Did you grow up reading comic books?

JC: When I was growing up, I didn’t pick up reading very well. My parents didn’t like me reading comic books, and I would get in trouble for reading them. (laughs)

JS: Kind of like Joe Hill King at the beginning of Creepshow! (laughs)

JC: Yeah, so I was kind of banished from that. I was too far behind in my school studies, too. I really got more into comic book stories from the movies that were made out of the comic books. I thought that they were really cool. I never had the patience to read comic books when I was a kid because I just found it so hard just to read. It was always easier for me to take in stories through the film and television mediums.

JS: Are you working on a follow-up to this?

JC: Yeah, so we have three more episodes to go to complete this story and then I am working on some other things that are less horror-related. I’m working on converting one of my screenplays into a novel. It’s not exactly in the horror genre, it’s more of a dramatic thriller. I really enjoy writing and I am looking to get more of a following. In the meantime, please check out my website and my Facebook page! 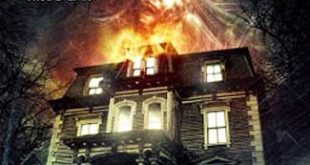 A Haunting in Salem – new release from Asylum