Home | Comic Review: City of Lost Souls Vol 1 – The End is the Beginning is the End

Comic Review: City of Lost Souls Vol 1 – The End is the Beginning is the End 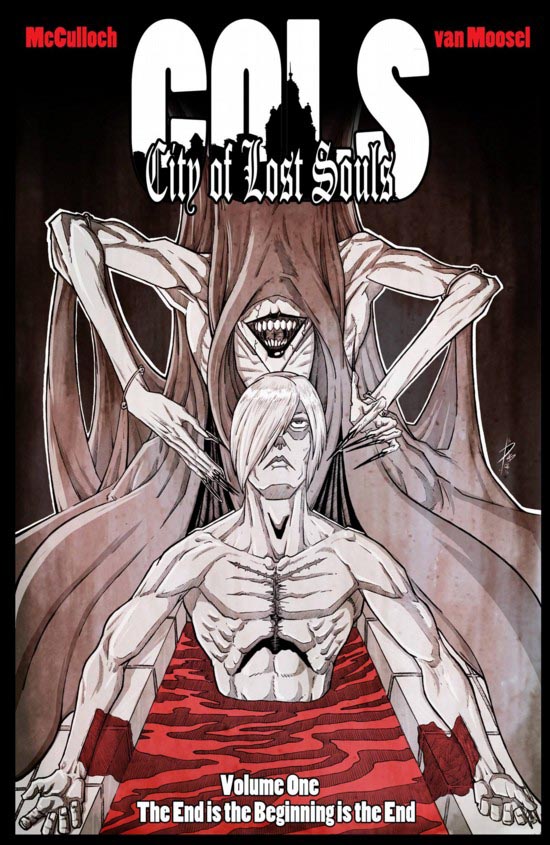 Selling your soul to the devil is arguably a more common trope in comic books than it is any other medium. Despite being fairly fertile ground, finding a fresh take on the Faustian faux pas is not always that easy. As is so often the case, it takes a dip into the world of indie comics to breathe, or in this case sear, new life into a flaccid idea.  By INDIE COMICS, I mean the people with bags of talent who lose out to photoshopped print peddlers at so called comic cons, not publishers who aren’t called Marvel or DC.  And that’s fine, because City of Lost Souls couldn’t exist anywhere else.

Written by James McCulloch with art by Janine van Moosel, City of Lost Souls begins with the suicide of Matt Jordan, a serial killer who has racked up twelve totally random murders and now decided that life just isn’t worth the bother. He wakes up in a morgue to be greeted by Soku, a sinister but sartorial Soul Collector. Soku knows all about Matt, his proclivities having gained a fair bit of notoriety among the denizens of the netherworld. This fame has earned Matt’s soul the rare opportunity to escape hell and try to redeem itself in the eyes of those he has forsaken. This means he must search for the mythic City of Lost Souls, so his victims can live an afterlife free from their killer. The set-up is dealt with fairly swiftly and Matt is sent on his way, guided by a dwarfish, Victorian cartoon like figure named Ki, pursued by a group of nasties simply called ‘Hunters’, and followed by most, but not all of his victims.

So that’s the plot, and any early exposition soon gives way to the real strength of this book – a story of real weight and a visual style that makes you squirm. Uncomfortable questions are forced upon you as the story, both past and present, unfolds. Matt is not a prototypical storybook killer. We are given an insight into his psychology; the lack of empathy of a true sociopath, the utter disregard for consequence, the overriding disgust for all things human. But within all that there is a twisted morality to his actions. Among Matt’s victims is a father who abuses his kids, another is a case of mistaken identity based on Matt’s assumptions his victim is a pervert. We aren’t asked to side with Matt, but we can’t judge him as easily as we might like. This book will stun you with violence, but not without making you think first. 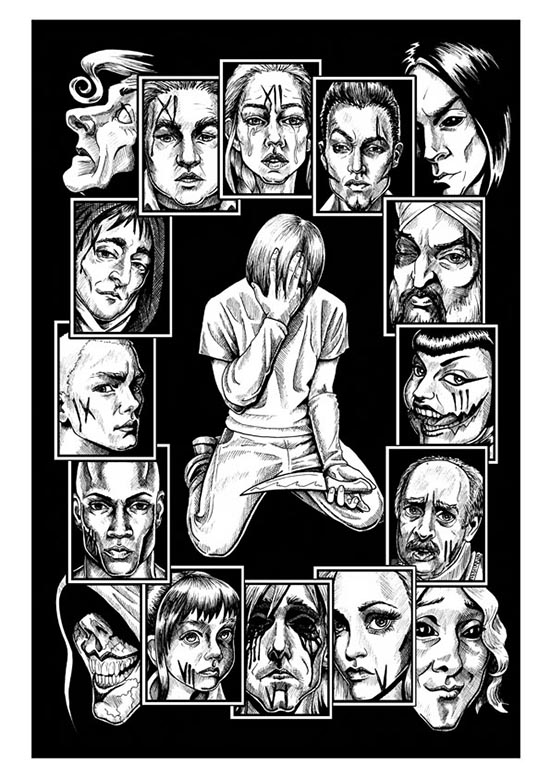 Janine van Moosel is an artist I’d not come across before, but her style speaks of the great 18th century cartoonist William Hogarth. Considered the father of the modern cartoon, Hogarth’s grotesque depictions of daily life are among the finest representations of the hilarious awfulness of the human condition. There is a similar vein of humour running through this story, and the art renders it beautifully. Perhaps there is something in a woman visualising such a predominantly male crime, but where you’d usually get glorification and gore, here the violence feels more like something you’re watching in secret at someone else’s insistence. Not an easy thing to pull off but van Moosel smashes it. The panel structures are clever and befitting the chaos of Matt’s situation, and while the demonic ‘Hunters’ look classically satanic but frenzied, it’s Matt’s victims who are the visual stars of this book. During flashbacks of their lives and subsequent murders, they seem to sneer at the hand life has dealt them only to find a relevance in death. They are better as a collective of lost, vengeful souls than they ever were as people, perhaps suggesting that Matt has given them a purpose in death they never had in life. Or maybe he just took it from them? The script and art marry together perfectly to create this ambiguity. City of Lost Souls might not be everyone’s idea of an easy read, but frankly that’s a good thing. This book proves it’s possible to make quality, escapist horror and still challenge your readers. It asks if there is any morality in people who commit unspeakable, cruel deeds and what, if anything, can redeem them. 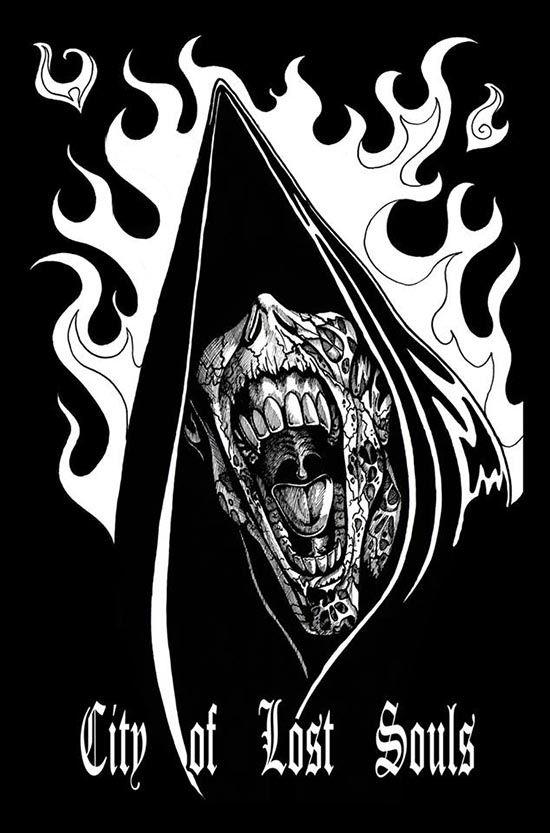 I mentioned the benefits of indie comics and that usually means working without an editor. Often this is a really bad thing, but books like City of Lost Souls revel in the freedom to push the typical genre boundaries and give you something you won’t find on your weekly pull list. That is what makes the indie comics world such a wonderful place to buy your books, and an even more beautiful place to make them. If you’re inclined to agree, might I recommend a highly entertaining evening squirming with McCulloch, van Moosel, and murderous Matt Jordan.

City of Lost Souls is available from www.moomac.bigcartel.com/ in trade and single issues