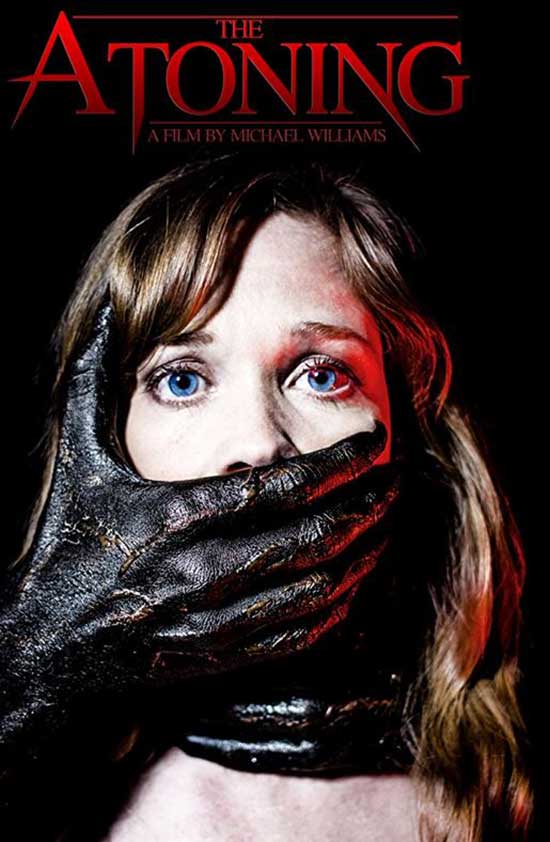 While they are haunted by ghostly apparitions, two parents try to protect their young son from a dark secret that could destroy their family.

Michael Williams’s latest film, The Atoning, follows a family living what seems at times like a surreal nightmare. Mom (Vera, played convincingly by Virginia Newcomb) and son (Sam, Cannon Bosarge in his first feature role) are close, playing and joking around together, while Dad (Ray, Michael LaCour) seems distant, in his own little world, although that may not be of his own choice. Something is wrong here, this family has been through something bad, and it’s tough to say what it might have been, but Vera and Ray do not share a bedroom, much less regular communication. Vera also seems overprotective of Sam, hinting that something has happened in the past, possibly something involving Ray. At the same time, strange things keep appearing throughout the house, things that don’t belong to the family. And as time goes by, it starts seeming like maybe this family isn’t alone in their home. 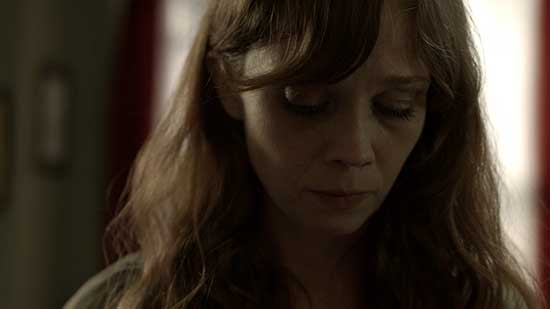 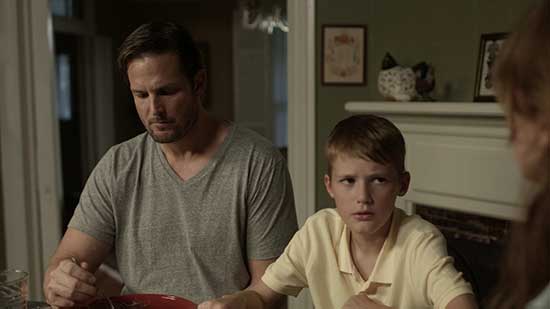 It’s the little details that really help push The Atoning into a higher class of scary movie. There’s the tension in the house when Vera catches Sam playing with a sword and demands to know where it came from, accusing Ray of putting their son in danger with his carelessness. There’s a bit of mystery in the air as Vera has to repeatedly remove a painting from the wall and put it away in the attic along with a whole bunch of other stuff, and Sam finds photos of a different family among the books in his office. Then there’s the reoccurring nightmare Vera keeps having, something about a thunderstorm, and packed suitcases, and a man walking in with a gun. And as if all this isn’t bad enough, they all start to see other people in their house – Ray runs into a woman taking a shower; Sam sees a little girl in his room; and Vera is confronted by a guy with a gun – but each of them vanish just as quickly as they appeared. All of this is enough to call in a spiritual medium (Charon, played by Dorothy Weems), but what we learn might not be what we expect. 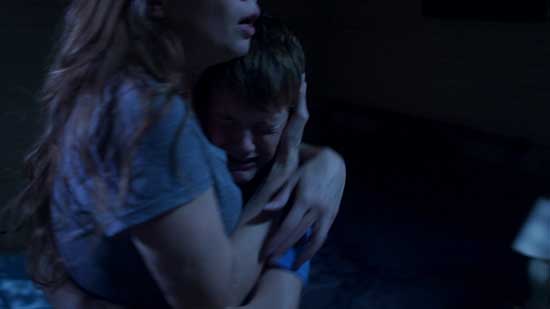 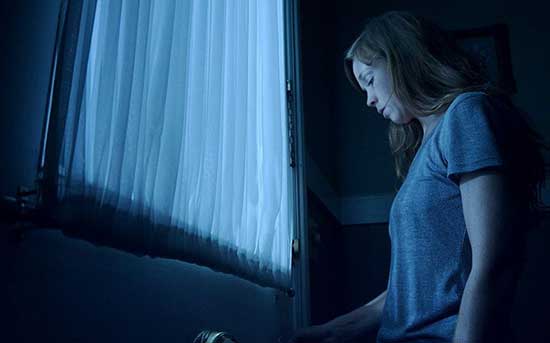 This is just Williams’s second feature length film; after starting off with a few short films, his first full length effort, OzLand, which he also wrote and directed, was released back in 2014. However, he has nearly 30 cinematography credits to his name. And this probably helps to explain why The Atoning looks much bigger than the low budget horror movie that it is. It may also have something to do with why Williams opted for a slow-burn, focusing on deliberate shots and character-building rather than relying on jump scares or a ton of gore. The end result is an atmospheric haunted house-style movie with a couple pretty nice twists. 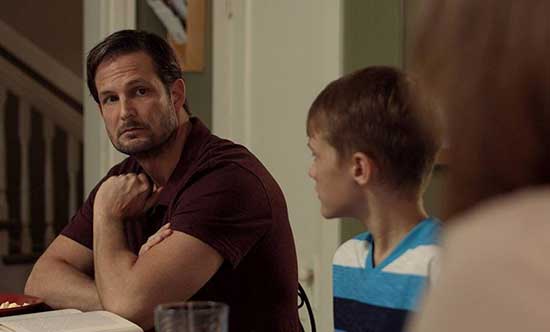 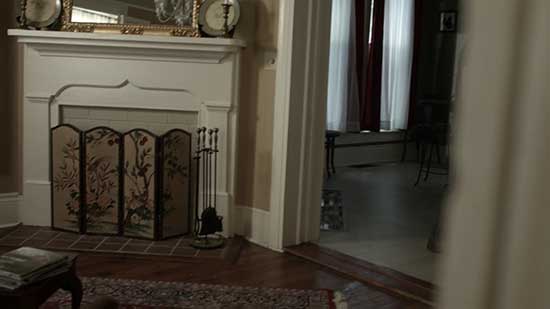 This is a hard movie to write about, primarily because the twists play a major role in the story, and to give too much detail about them would be to tread into the ever-dangerous spoiler territory. At the same time, the story is strong enough that it still works even if some of the details are leaked; in fact, one of them becomes somewhat obvious fairly early on. But let’s avoid all that and instead discuss one of the more exciting parts of the movie: the “creatures” that appear in the house around the midway point of the film. These demon-like creatures are like a mix of the ghosts from We Are Still Here and Nightcrawler from the X-Men, and they are indeed creepy. And best of all, I am fairly certain that they are all real, no CGI, or at least not anything easily noticeable. 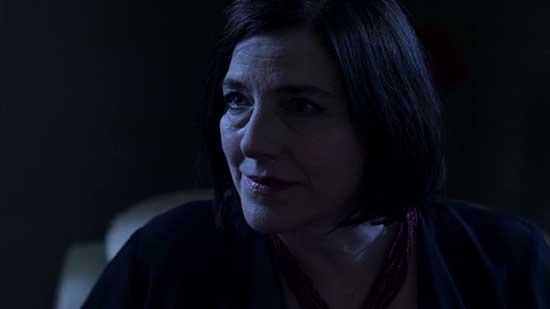 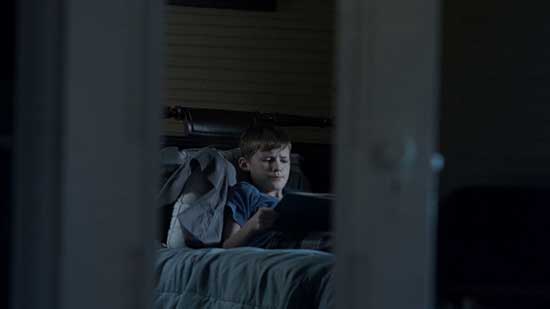 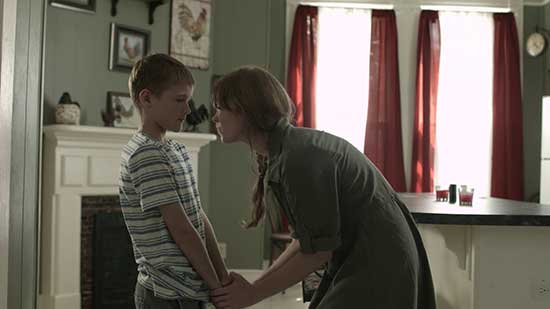 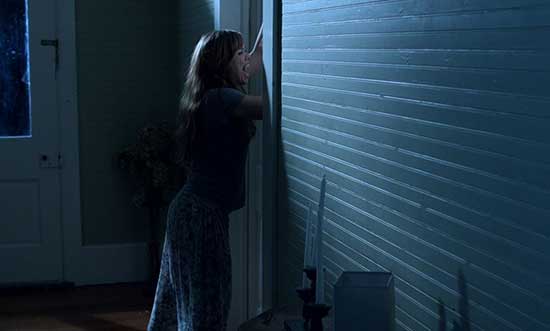 The Atoning is a film that will probably divide the horror audience. Some will be frustrated, as the movie stays quiet and subtle much of the time, with no blood and gore to speak of, and all set within a single house. Others, on the other hand, will be happy to see a ghost/haunted house movie that is able to build suspense and tension without CGI, one that holds onto its scares until the proper moments, and keeps the focus on the story and the characters. I can only imagine what writer/director Williams might be able to do with a more substantial budget. This movie was a pleasant surprise from a filmmaker I was not previously familiar with. I’d recommend this to fans of movies like Haunter, The Others, I Am a Ghost, and other supernatural films with that little extra bit of substance.