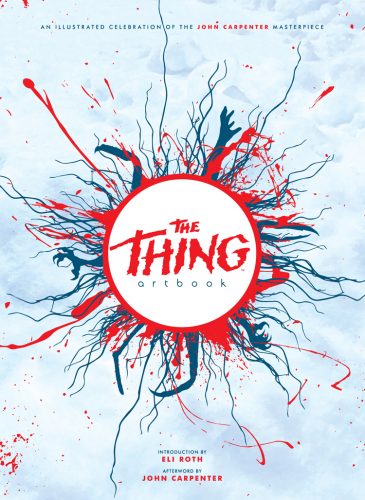 They say that time heals all wounds and in the annals of horror film history this is not an overstatement when discussing John Carpenter’s initially lambasted and subsequently highly-lauded 1982 film The Thing, based upon the 1938 novella Who Goes There? by John W. Campbell writing as Don A. Stuart.

Thanks in large part to cable television and home video, The Thing reached many audiences who initially shunned the film’s theatrical release as it was generally panned by all the major film critics. It’s almost hard to believe that the film, released on the same day as Blade Runner (not well-received either but now also rightly regarded as a classic), was met with such vitriol.

The beautiful new book The Thing Artbook puts to rest any suppositions that the musings of audiences thirty-five years ago persist today. Highly revered, some of the film’s most memorable moments are artistically captured and showcased within these pages. Nearly 400 pages in length, The Thing Artbook, subtitled An Illustrated Celebration of the John Carpenter Masterpiece (take that Leonard Maltin!) and dedicated to Bernie Wrightson, includes an introduction by Eli Roth and a drawing that he did at the age of twelve of the film! I love that he still has it!

For the most part, the book is chock full of images designed to capture the lonely feeling of several men working in a research station in Antarctica.

The artists clearly love the film, and some of them do an excellent job of combining moments in the film into a visual pun on the horrific events that occur when the men begin to distrust one another. I actually prefer most of these to Drew Struzan’s original poster! Some are made up to look like a faded one-sheet from 35 years ago. The vast majority of the images focus on MacReady and Jed the dog, although the other characters do figure in many of them as well. Below are just some of examples and are my top favorites:

Rio Burton provides a frightening look at what really is lurking behind Jed’s eyes on page 107: 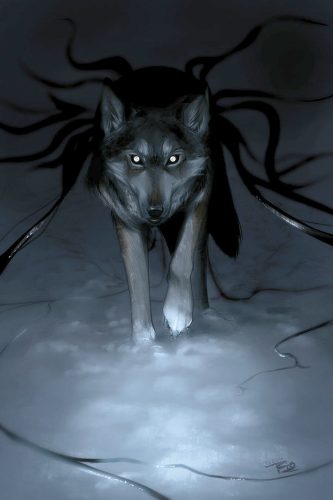 Emilio Lopez pays homage on page 154 to one of the most memorable moments in the film which leads to Palmer’s utterance of arguably the film’s best line: 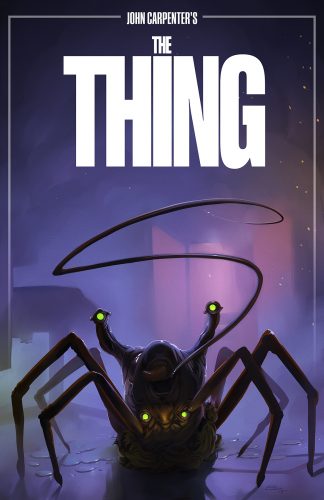 Not all of the images are designed to be horrific, as Brett Bennett proves with his delightful take on my favorite holiday on page 174: 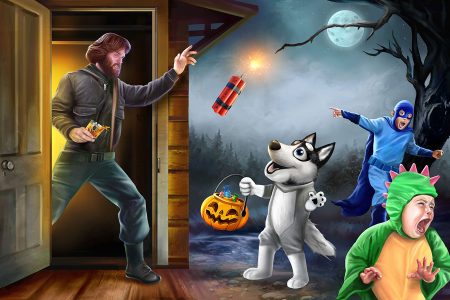 For those of you who were born in 1990 and later, the early 1980’s were a great time for bad video games. Like the VHS era that would begin booming in the middle of that decade with fabulous cover art to lackluster movies, video games were no different, as the Nicole Falk’s Atari 2600-inspired game on page 268 illustrates: 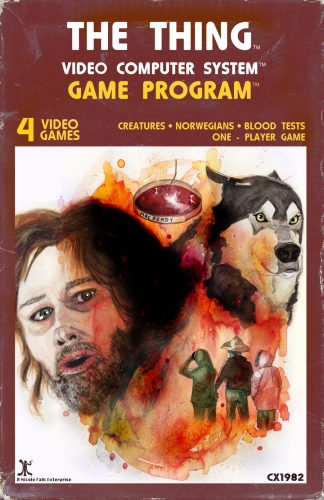 If you love arcade games, and what was a night out at the movies without the faint sound of Pac Man and Defender emanating from the movie theater lobby, Eric Hunting gives us a great idea of what The Thing arcade game would have looked like during the summer of 1982 (page 275): 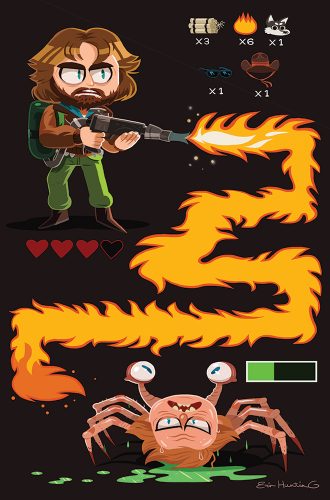 If The Thing looked like the piece in David Lange’s piece (there’s a sex joke in there somewhere) on page 283, I would have been all too happy to be assimilated: 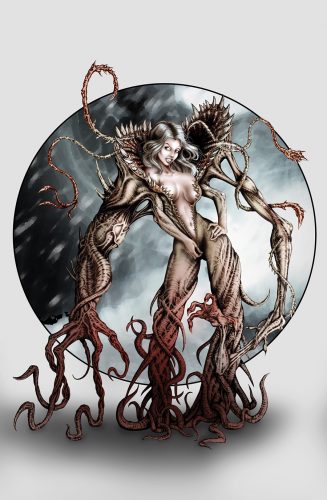 Page 380 takes us to Chris Sears’ beautiful composite of the characters: 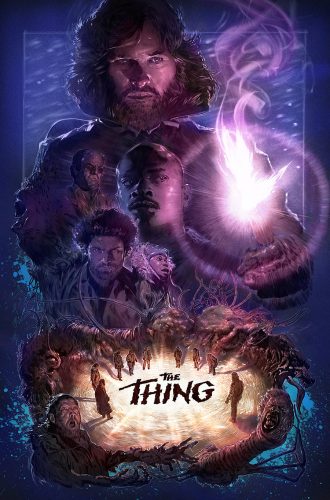 The book ends with a heartfelt and sincere afterword by John Carpenter.

All right, what are you waiting for? Go to Printedinblood.com and order this magnificent book for Halloween!

Hey, that would be a great follow-up book, wouldn’t it?