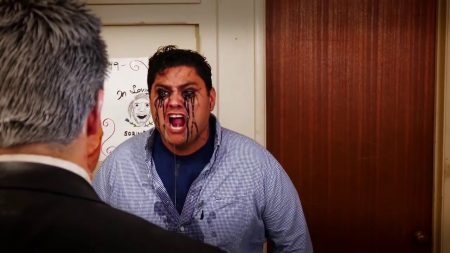 A four-minute horror film. Magda’s in for the evening, but that doesn’t mean trouble won’t find her.

More short films, Kiddies! Today we have GASP, from Phobophobia Prductions, directed by Oscar Lomeli. Phobophobia Productions is an artist collective based in Los Angeles, specializing in on-line content, horror, and indie film.

Our story opens on a woman named Magda (Kat Johnson) having dinner with a prospective employer (Brandon Kirk). This meeting is not going well for Magda, and its about to get much worse. 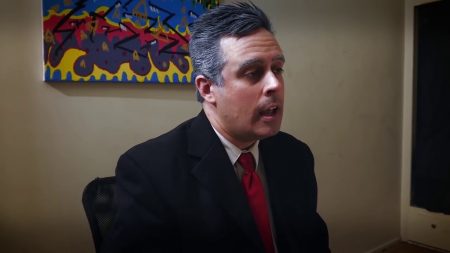 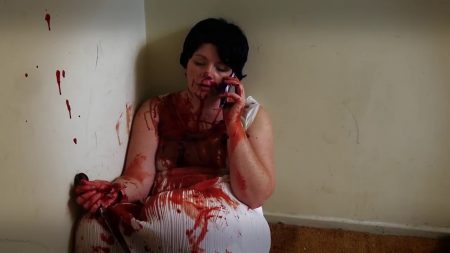 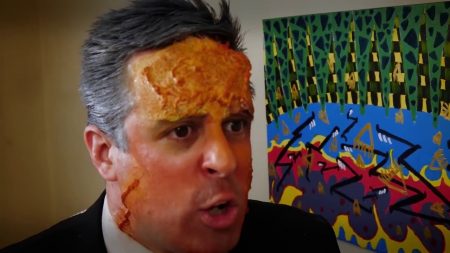 I really don’t want to ruin anything here, as this is a very short film and almost anything I say will be a spoiler. it’s a VERY low budget production, and I mean extremely, but that’s ok. It’s timely in it’s subject matter. It’s gross, and funny, and all sorts of things all at once.

Using my special short scale of one to five, five being awesome,  I’m giving this film 3 candles.