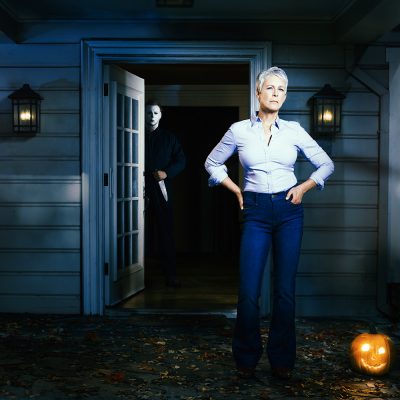 For all you fans of CWs “Supernatural”, you’ll see what I did there. With the title. Anyway, this is what we call… “filler”. Why? Because we have word limits and, unfortunately, the topic tonight, has less written and known about than how Donald Trump gets that brillo-pad head cozy he calls hair to remain in one spot. I would like to make a quick hypothesis and say he wants to rid us of the EPA so it doesn’t probe into his e-mail about his exclusive use of aquanet and its effects on the ozone layer, thus causing global warming.

It’s a whole thing. I promise.

Now. To the story at hand: Halloween 2018. Imagine, if you will, 1978. A ragtag group of film people getting together and shooting a barebones horror movie. John Carpenter and his group of friends created a horror movie that has survived the test of time. You can get put the DVD in right now and it will still be as good as it has always been. That means something. That music is engrained in our psyche and still gives chills down your spine.

The franchise, that originally starred seasoned pro, Donald Pleasance, and newcomer, Jamie Lee Curtis, has seen its fair share of the “Hollywood treatment”. Sequel after unneeded sequel, including Halloween III, which has literally nothing to do with Halloween, has been released, and yet, the original remains. It went silent for a time, then came back in 1981, with Halloween II. The third installment came just a year later. After Halloween II, the movies took a dive. But, again, we survive. We even survived those god-awful “please give me wife screen time” installments from Rob Zombie (put down your pitchforks, they sucked and you know it). 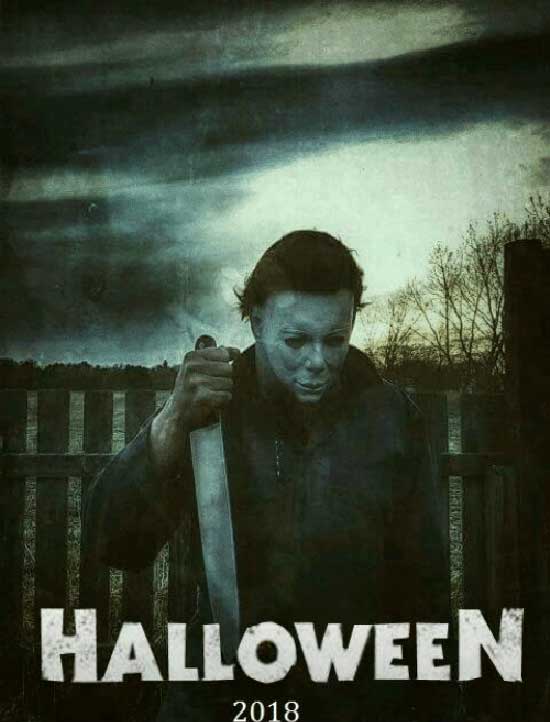 All we have seen, up to this point, is a picture of Jamie Lee Curtis, standing in front of the house that Michael built and the man in the mask himself lurking in the shadows. Now, you’re wondering, as I am, how could this be? After all, in Resurrection, we saw Laurie Strode housed in an asylum. Michael came calling and ended her existence. So then – how is she there? Clearly, with this new installment, THAT movie never happened (now, if only we could erase Sheri Moon Zombie).

Let’s see… writers. David Gordon Green and Danny McBride penned the thing. What in the hell? Green has penned some drama and a crappy animated thing called Good Vibes. Then there’s Danny McBribe. He does comedy. The only thing I’ve seen him do that isn’t comedy, which was still somewhat funny, was his role in Alien: Covenant. So, this will be interesting. What we can kind of think about is that we’ve been hearing from them is that they want to make Myers scary again. That fills my dark heart with warmth. Bright side? Carpenter and Hill have writing credits for the characters. This at least tells us that they will be true to the original.

Bright side: Blumhouse and Carpenter are producing. This means they are in charge of making sure it doesn’t blow. We don’t want to wind up with the CHIPS or Baywatch theatrical version of Halloween. I have hopes that it won’t be. First, they are not going to make Myers and Strode siblings. That’s good. As a story point, it’s not important. Other than they want it to be scary, and not suck, that’s all we know about the story. I mentioned Green in terms of being a writer. Now, he’s also going to direct the thing. He’s one hell of a good hand behind the camera. That’s two good marks for Halloween 2018.

But you’re wondering, who else has been cast, Hack? Answer? No f’n clue. Jamie Lee Curtis, at this writing, is the only one to have been signed on to do it. Could we see some CGI trickery to bring Pleasance back from the grave? I don’t know, but I hope the hell not. 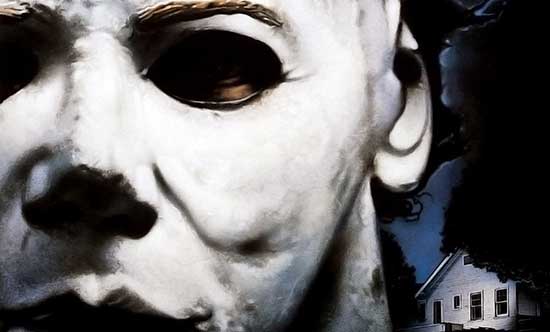 We also know the release date: October 19, 2018. Do the math. As I’m writing this, it’s September 22nd, 2017. The news about it was picked up by Collider around 18th. They expect to cast, shoot, edit, and release this movie in roughly a year. If you’re JJ Abrams, Joss Whedon, or any number of guys, I’d say hell to the know! Not enough time. But we’re talking about Blumhouse and the dude who gave us Pineapple Express. to that, I say @*%&* yes! 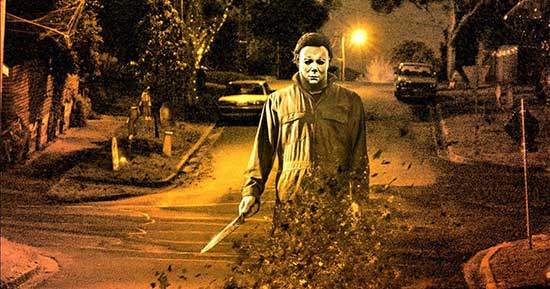 Horror and thrillers don’t need 2 years to make. They are best done quick, cheap, and dirty. Like the original Halloween or, more recently, SAW, or any Eli Roth steaming pile of crap (please, save the hate mail for someone who cares). Incidentally, that release date coincides with the release of the original film. This may, or may not, have something to do with the supercharged filming pace they plan to use.

Call it a reboot (it’s not). Call it a sequel (it’s not). Call it a reimagining (it’s not). It’s Halloween and that’s damn good enough for me. So, if it’s not any of those things, then, what exactly is it? The timeline is going to mess with our heads a bit. With the cancelling out of Resurrection, we need to look at the rest of the franchise. It would seem that Blumhouse has made the decision to say screw it, and erase all the rest of the movies. Well, since it’s going to be, at least to Blumhouse, the third installment, it’s a franchise reboot by way of a sequel. If done right, this can mean a lot to the fans.

Let’s sum it up. McBride and Green are horror FANS. Curtis is in it. Carpenter is a hands-on producer (and scorer) and these guys pitched their script TO him and he said yes. In addition, Blumhouse is teaming with Carpenter to produce. There is a lot of horror cred in those two names. Finally, that teaser image. It’s fantastic and it sets a tone. A lofty tone, mind you, for them to live up to and I, for one, can’t wait to see if, and when, they do live up to it.