Home | Articles | Feature Article | The Anguished Man: A Look into the World’s Most Haunted Painting

The Anguished Man: A Look into the World’s Most Haunted Painting 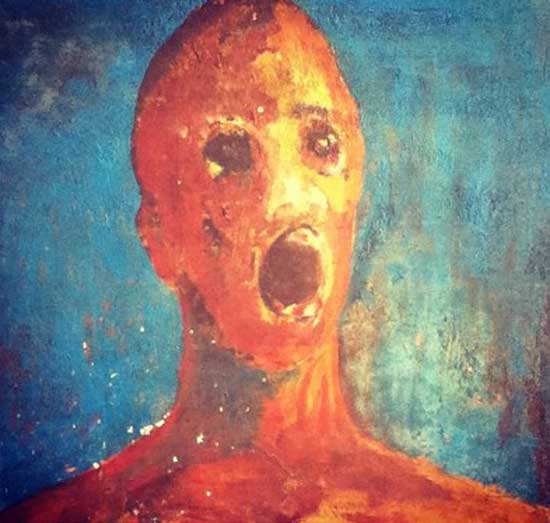 The Anguished Man, an oil painting, is known to be one of the most haunted objects in the world alongside the Annabelle doll and the Dybbuk Box. According to legend, The Anguished Man was created by an unknown artist, who mixed the paint with his own blood. Shortly, after his work was completed, the artist committed suicide. It is currently owned by Sean Robinson, from Cumbria, England. Robinson inherited The Anguished Man from his grandmother, who warned him that the painting was cursed. Although, he was fascinated with the painting, Robinson had to keep it in the basement of his house because his wife did not like it.

In 2010, he finally removed The Anguished Man from the basement after a flooding and kept it in one of the bedrooms. Since then, Robinson and his family began experiencing strange activities around the house such as seeing a shadowy figure of a man and hearing sounds of whispering and crying.

Further incidents occurred weeks later, haunting each member of the family: At nights, Robinson would wake up to see a dark, faceless figure standing in his bedroom and his wife discovered a stranger lying on the bed next to her, leaving her traumatized. The incident that really put the family in danger was when the couple’s son Kenan felt a presence push him down the stairs.

In 2011, Robinson uploaded a video on YouTube, titled: ‘’Ghost activity caught on tape – Haunted Painting – The Anguished Man’’, which gained over a million views. The video was recorded in one of the bedrooms for eight hours (condensed down to nearly three minutes) and contains footage of the door closing on its own while the painting is in the room. In addition to that, a loud bang and sounds of scraping can be heard in this video. Since then, Robinson uploaded more videos, posting updates about the painting and captured further paranormal activity in the house such as distorted sounds and a mysterious ghostly figure running past the camera.

Although these videos are straightforward evidence that there is a spiritual presence lurking in the house, some people questioned about its authenticity. An example of this is shown in a 2012 episode of Discovery Channel’s ‘’Weird or What? (a show about unexplained mysteries), where a segment focused on The Anguished Man. A paranormal investigator named Mike St. Clair was interviewed in that segment, claiming that Robinson’s videos were a hoax. St. Clair explained that the strange movements could be easily replicated by pulling the door shut with a fishing rope to give the illusion that it is closing on its own and using an actor to run past the camera.

Robinson also appeared in the episode to tell his story and briefly mentioned about the hoax rumours, stating: ‘’A lot of people are sceptical and I can understand that because I was a sceptic myself and I still am. But, the footage is there for you to see, it wasn’t faked. There could be a perfectly reasonable explanation but I haven’t found one yet.’’

Of course, it did not take long for the internet community to come up with theories and further urban legends about The Anguished Man on websites such as Reddit and Creepypasta. The urban legend posted on Creepypasta is similar to Robinson’s story, where a man named Michael finds the exact same painting in his basement and hangs it up in his bedroom. However, this story is more graphic as Michael wakes up from sleep with his ear slit down the middle and the walls of his house covered with horrifying messages written in blood.

To this day, Robinson refuses to destroy the painting and keeps it in his basement to avoid any more harm to his family. He is currently planning on bringing his story to the big screen as La Brea Pictures have acquired the rights to make a film about ‘’The Anguished Man’’, with Tii Ricks directing. 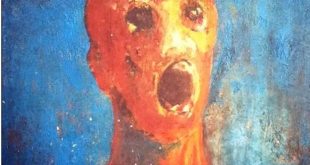 Arrival of The Anguished Man Movie