Hi Nicholas, How are you?

Nicholas- I am well. How are you doing?

I am doing well. Thank you!

First off, “Union Furnace” was awesome. You did an amazing job.

Tell us how you got involved with the film, “Union Furnace” and why did you decide to direct the film?

Nicholas- Mike and I, Mike who plays Cody in the movie, we were finishing up the post-production on our first movie, “Sandbar.” It had a really long post-production process. It was almost two years of post-production because we had no money and it took forever to finish. As we were coming out of that we both just wanted to make a new movie. So we set out to find an idea that would be exciting to us but also practical. 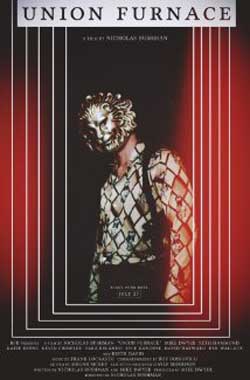 The cast is amazing! Everyone did a great job. What was it like working with everyone?

Nicholas- Oh, gosh, it was great working with every single person on the shoot. It was actually a dream come true. I mean Mike and I have been making movies together since we were in middle school. Seth Hammond who plays the Lion was a friend of ours who had never had a speaking role in a movie before. He had a small part in our movie “Sandbar.” He was like could I have a bigger role in this one where I talk and we were like sure, you can talk all you want. Kevin and Katie worked in “Sandbar” too and we wrote those roles for them because they are awesome and great to work with. And we wrote Keith’s role for him too even though we didn’t actually know him but I became convinced that it had to be Keith David, no matter what it had to be Keith David and luckily it happened. He is amazing.

Did anything crazy happen on-set while filming and because you and Mike write together and you direct, was it challenging at all?

Nicholas- No, I mean we have been doing this since we were kids basically so it all felt natural. When we first started it was designed as something that we could do for no money. The idea was always just that we would write something together. He would star in it and I would direct it and it got a little bigger when I decided it had to be Keith David. It is wonderful working with him.

“Union Furnace” has such a cool seventies vibe to it with a mix of “The Usual Suspects.” Did you have that type of vision in mind when filming?

Nicholas- (laughter) Absolutely, I am glad that came through. It was always meant to be kind of like a seventies movie. All of our influences from the writing to the shooting were stuff like “The Deer Hunter.” Tons of Italian, Seventies Giallo stuff like all the great Argento movies. The whole time we were shooting I kept saying that I wanted the movie to be this white-trash Giallo. I am really glad that comes through a little bit.

Will there be a sequel or are you working on a new project?

Nicholas- Yes we are working on a couple of other things. Our next movie is called, “Stranger in the Dunes” and it’s actually already done and it’s going to be playing festivals this fall              and then Mike and I are back in Ohio for pre-production on our next movie which is a sci-fi / thriller kind of thing. Very vivid.

What do you want to say to the fans and the audiences that will be watching, “Union Furnace?”

It was an honor to speak with you and I loved the film. So thank you for taking the time.

Nicholas- Oh my goodness, thank you so much. 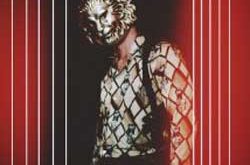