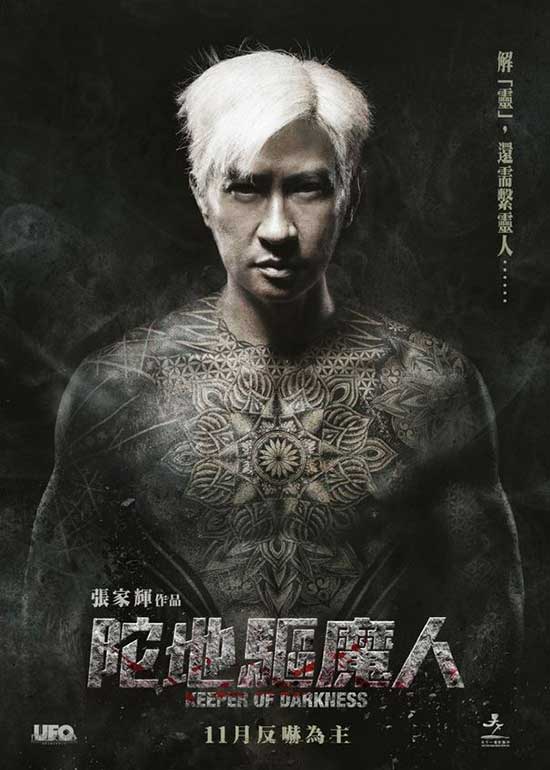 Nick Cheung plays a streetwise exorcist who becomes an overnight sensation when his extraordinary exorcisms are recorded and go viral on the internet. However, this attracts not only the attention from the media but also creatures from the underworld.

Movies that declare themselves as a certain genre are usually designed to provoke a specific reaction in the audience. Comedies attempt to make you laugh, mysteries are meant to make you think, and horror is built to scare you. But what happens when a movie claiming to be one thing surprises you with an entirely different emotion? It’s in this grey area where we find black comedies, romances that are actually horrifying, and horror movies that make you cry.

A perfect example is Guillermo del Toro’s The Orphanage, a terrifying haunted house movie that reveals itself to be a gutting family drama with a bittersweet ending that makes me bawl like a baby every time. It’s still inarguably a horror film—it directly involves creepy kid ghosts and bumps in the night–but the emotional investment that comes with the terror elevates it to something beyond the boundaries of genre. It doesn’t just scare us…it reveals to us why we are afraid.

Keeper of Darkness centers around stoic freelance exorcist Fatt. He is one of many local medicine men, but what sets Fatt apart is that he has a legitimate gift. He has seemingly always been able to see ghosts and regularly communicates with them (a la Paranorman) and chooses empathy over banishing rituals in order to cleanse angry spirits. There was one scene where he visits an alleyway that’s like something of Dickens, packed with hundreds of lost souls howling in agony. As he passes them he tosses candies on the ground, He even shares his apartment with a woman who killed herself in his bathtub 60 years earlier, and they have a sweet lived-in relationship that teeters into romance.

When a video of one of Fatt’s exorcisms goes viral, it catches the attention of a journalist covering self-proclaimed exorcists, who incidentally keep being bizarrely murdered in the area. Fatt discovers that a vengeful spirit is targeting medicine men and that he is undoubtedly next on the list. Fatt along with his assistant, his ghost girlfriend, and the journalist join forces to figure out what the spirit wants and how to stop his rampage. 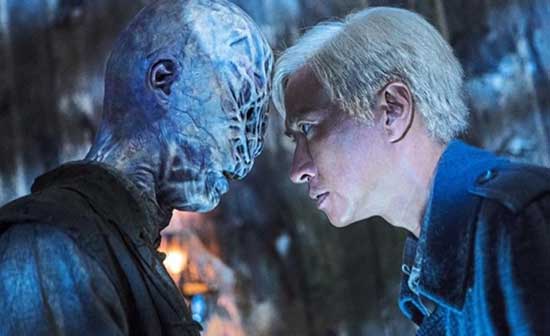 That’s the short version of the plot, but, much like The Orphanage, there is more going on here than meets the eye. Admittedly, a lot of that “more going on” feel is owed to the film’s lack of focus when it comes to balancing its slightly overloaded plot. There are really two movies happening here at once. One is about a compassionate exorcist who is faced with the challenge of not only an embittered ghost but also the horrors of his own past. The other movie is about a man who is in love with the ghost haunting his apartment, and the two of them dreading her inevitable reincarnation.

Both are great stories on their own, but Keeper smushes these two movies into one with the exorcist as the only thing connecting them. It works well enough for most of the runtime, but begins to stumble near the end and results in two separate emotional climaxes that are fighting to be the climax. Neither ending brings the movie to a truly satisfying close (which is fine anyway since the ultimate ending is a baffling tease at a sequel), but they both made me cry.

I won’t risk saying much more about the film, because it would be a long, meandering drive into Spoiler City. Plus I didn’t manage to make many critical notes, as I was instantly caught up in the impressive visuals and fascinating story. So maybe that says enough for what I thought of the film. It isn’t perfectly structured, and as a horror film it isn’t particularly scary. But it uses an intricate ghost story to strike sensitive emotions in a lovely way, and when strong emotion drives a story, little flaws in the telling can be forgiven. After all, matters of the heart rarely make complete sense. If you like your ghost stories with heart hidden in the horrors, you will definitely enjoy this poignant glimpse into the afterlife.