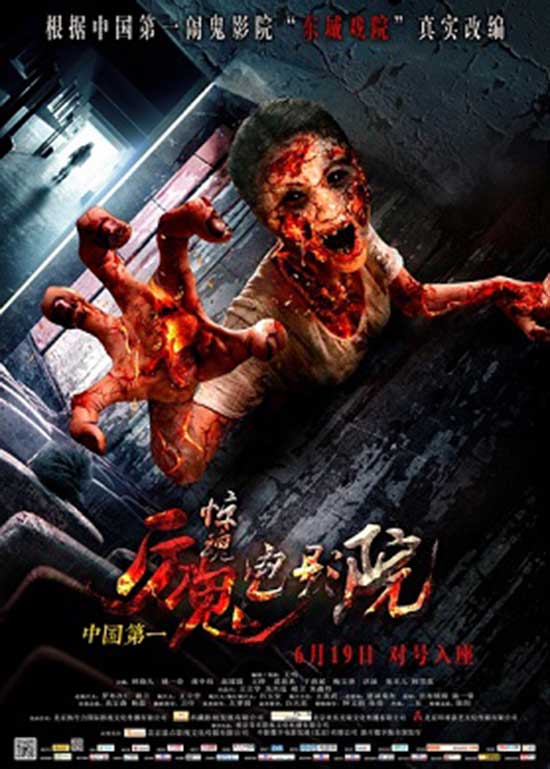 A group of random strangers are invited to a cinema to watch a horror film called Admission by Guts (which resulted in the disappearance of a couple of audience members who watched it at the same theater a couple of years earlier). It isn’t long after the group arrives at the theater that spooky things start to happen and the bodies start piling up. Is the theater (and possibly the movie itself) haunted or is there something else going on here?

Before I saw it I knew nothing about Admission by Guts. I couldn’t really find anything out about it online as it apparently it doesn’t even have an IMDB page so I went into it totally blind and didn’t have a clue what it was even about. I really enjoyed the pretty cool opening scene and it wasn’t long into things that I realized that I was having a blast watching it and when everything was said and done I have to admit that it was a very good movie. It has a lot going for it and while it may not be for every taste I enjoyed it and really dug it.

The premise is simple enough and it works. In a lot of ways it reminded me of Demons as it involved a group of people that are invited to see a horror movie at a theater by a mysterious source. It is obvious that the folks behind it were influenced by Demons as there are a couple of nods to it (such as a blind woman who attends the movie, the events of the movie the audience is watching taking place in real life, the fact that members of the group realize they are locked in the theater at one point and can’t get out, etc.) that I thought was a nice touch. In a way the entire movie is sort of like Demons with elements of classic Asian horror films such as the Ju-on and Ringu films thrown in for good measure.

While we may not actually get demonic creatures running around ripping people to pieces during the course of the film we do get a creepy ghost chick with long black hair that makes an appearance a couple of times that terrorizes some of the characters during the course of the film. The results are pretty cool and I  found the movie to be interesting, entertaining, and just a lot of fun as a whole. 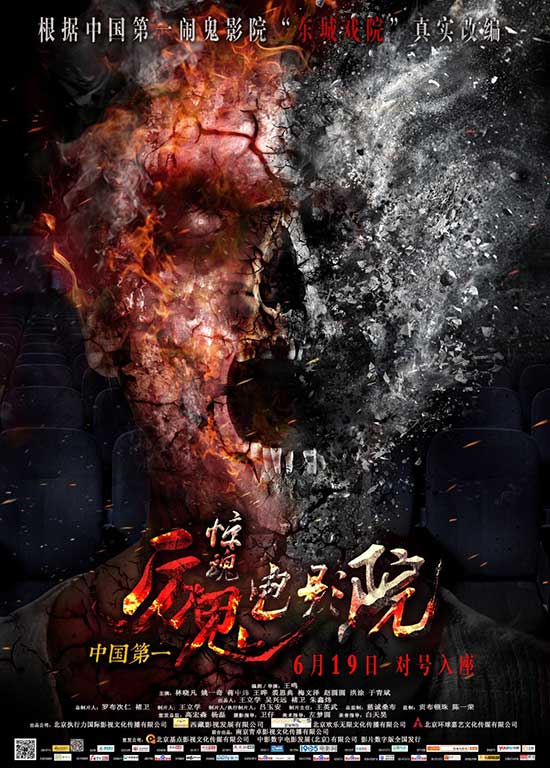 I loved the characters too. I thought it was neat that most of them don’t even have names and the actors that play them are credited by just a brief description of the role they play (such as Play Boy, Gangbanger, and so on). We get a pretty decent variety of characters that appear in the film such as a guy that claims to be psychic, his gangsta-wannabe friend (who was probably my favorite character in the movie), a blind woman and her boyfriend, a guy that really wants to be a stud that hits on most of the female patrons at the theater (who was also a favorite character of mine), a chunky woman that is eating in pretty much every scene that she is in, and several others. I thought that the interactions between the guy that pretends to be a psychic and his friend were awesome and were pretty much comedy gold as they had  great chemistry together. I also thought the guy that wanted to be a player was awesome too as he just pretty much goes around hitting on any woman he comes into contact with even though he isn’t quite as smooth as he thinks he is. All in all I liked all the characters and thought that they were well done. They may not be the most realistic in the world but that’s okay because they all worked for various reasons.

I also dug the big twist toward the end when we finally find out what is actually going on with the theater and why these people were chosen to come watch the movie. I don’t want to give anything away but let’s just say that they aren’t quite as innocent as you think they are and they are all played a part in something horrible (and quite depressing) that happened several years earlier. I thought that the twist worked and I honestly didn’t see it coming. I dug the fact that they were all brought together for a definite reason and just thought that it was a cool idea in general.

While I dug the movie there were a couple of things that were either confusing or just didn’t work. I am still not quite sure with why the one guy (credited as “Mobile Guy”) kept trying to call someone called “Monkey King” on his phone several times during the film. I don’t know who the Monkey King was (I can only assume he was a drug dealer or something) and we never find out (though it is hinted that he is one of the other people that show up at the theater). This whole bit just seemed out of place and pointless since it didn’t really go anywhere and I am not sure why it is even in the movie. I also wasn’t really into the very end of the movie either as it was a little forced and more than a little cheesy. Don’t get me wrong, overall I thought that it was a little sad but at the same time I was a little too goofy and just didn’t do it for me (plus the text at the end that lets us know what happens to one of the characters later on is just plain hokey and seemed to be tacked on at the last minute). 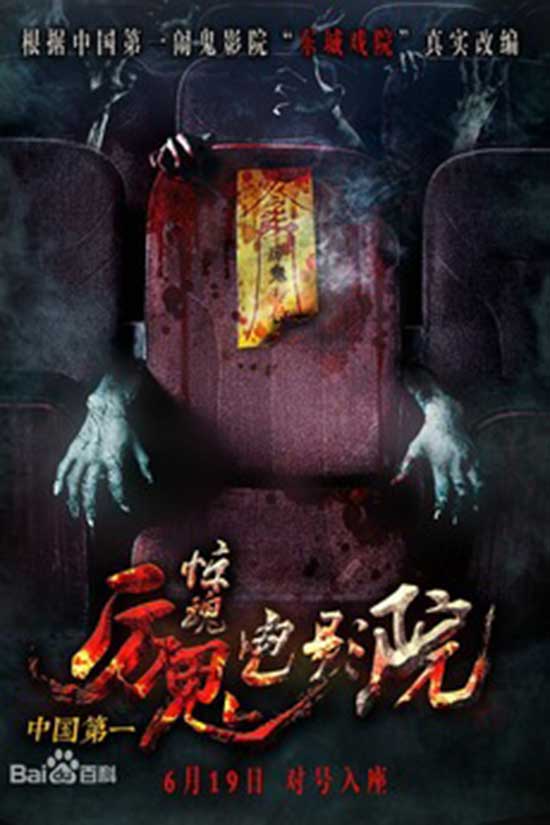 I was surprised by how much I really enjoyed Admission by Guts. I was really into it and thought that it was just a genuinely good movie despite a couple of minor flaws. If you are a fan of Asian horror I have a feeling that you will like this movie as much as I did if you give it a chance because it really is a winner and deserves a lot more attention than it gets. I don’t think it will quite go down in history as a classic Asian horror film but it’s pretty good for what it is. Do yourself a favor and check it out when you can as I don’t think you will be let down.