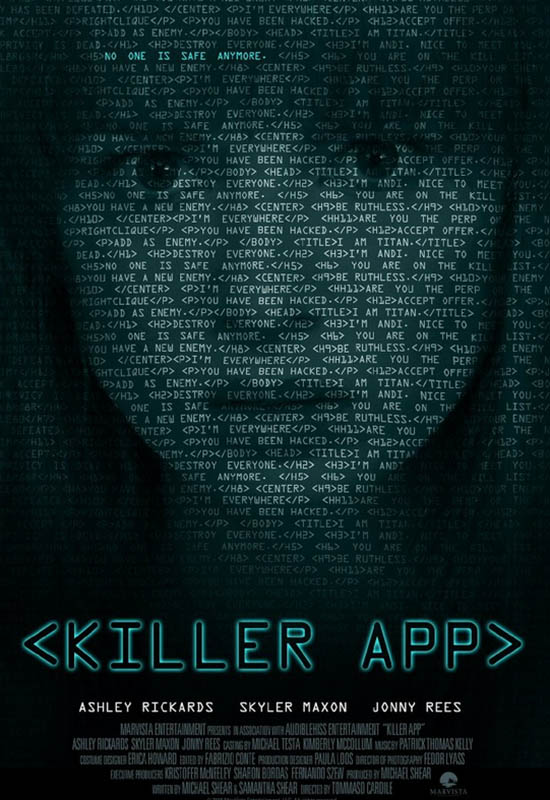 A young hacker creates an “antisocial” networking app that matches enemies instead of friends. When her enemies start turning up dead, she must uncover who or what is behind it before it’s too late

Technology has long been used as something to fear in horror tales. As it has become a more important aspect of everyday life, its use changed into a more mundane detail. People use technology throughout of their lives. They are entertained by technology. They get information from technology. Technology is a part of their jobs. Modern society runs off of technology and for horror movies to ignore it as a part of life would come off as false. To reel an audience into the story, technology will have to be a part of it. 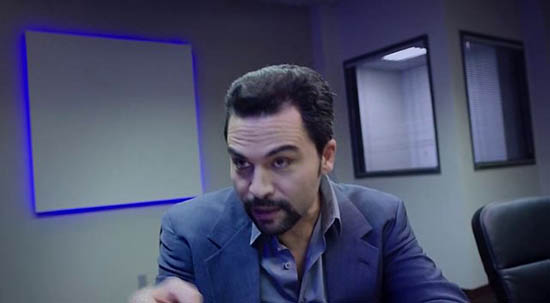 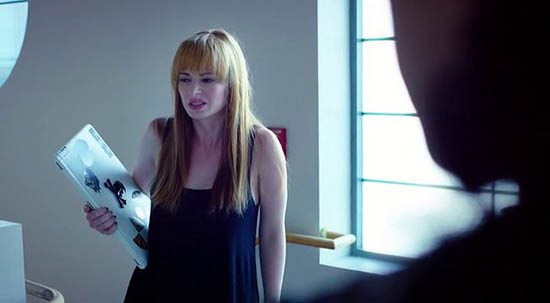 One horror movie that went all in on technology was Killer App. A tech company called Titan held a competition for young programmers to pitch their newest applications. Jessie (Ashley Rickards) was one of the competitors. She wanted to pitch a service that would allow coding to be crowdsourced. Anyone, anywhere, who had an internet connection could help with the programming of whatever you wanted to do. It would render employees obsolete. When Jessie’s ex-boyfriend Mateo (Will Carlson) stole her idea and pitched it as his own, she came up with an anti-Facebook sort of social networking site. On the site, people could list their enemies and talk bad about them. The only problem was that all of Jessie’s enemies were being killed. She was framed for the murders and had to find out who was killing the people before everyone she knew got killed.

For most of the characters in Killer App, technology was their lifeblood. Jessie grew up with video games, and learned how to hack and program at a young age. She was arrested at one point for her past as a hacker. She was in the competition partially because of her technological abilities. Springer (Jonny Rees), the owner of Titan, was even more involved in the technology world. He only cared about his tech company and furthering the brand. Titan had come ahead of the family that he could have had, to the point that he left the family in order to focus on his company. He was pushing things forward that needed more time because he wanted to be the leading face of technology. One of his secrets was that he built his company’s new building on top of some of the original servers for the internet, effectively allowing him to control the internet. Everything in the characters’ lives revolved around technology. Yet, technology was not the thing the villain that many other movies have made it out to be. 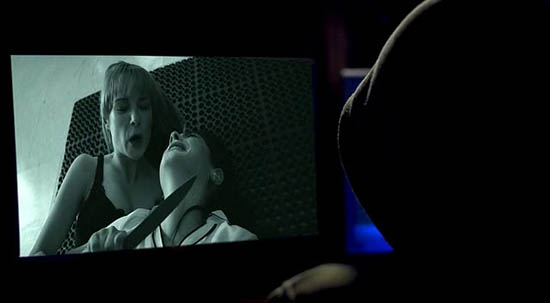 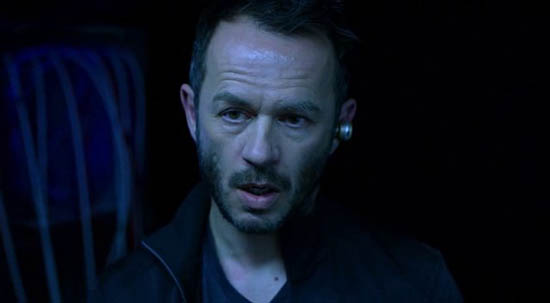 The villain of Killer App was not technology. Technology was just a tool used by the killer in order to fulfill his or her needs. Jessie created an application at the Titan headquarters that was similar to Facebook, except that it was enemy based instead of friend based. It was a place to discuss what wasn’t liked instead of sharing things that were liked. This application was used to frame Jessie for the murders in the Titan headquarters. Whoever was behind the murders hacked into the application to release it to the rest of the competitors and made everyone who died an enemy of Jessie. That caused the police to finger Jessie as the prime suspect. They saw her creation of the app as a retaliation to how Mateo had stolen her earlier idea (which he did). They saw the deaths as her way of getting revenge on the people who had ridiculed her (deaths that she didn’t cause). It was enough evidence to put her under arrest. That was what the technology was used for. It wasn’t the technology that was causing the dreadful events. It was a person using the technology who was terrorizing everyone. 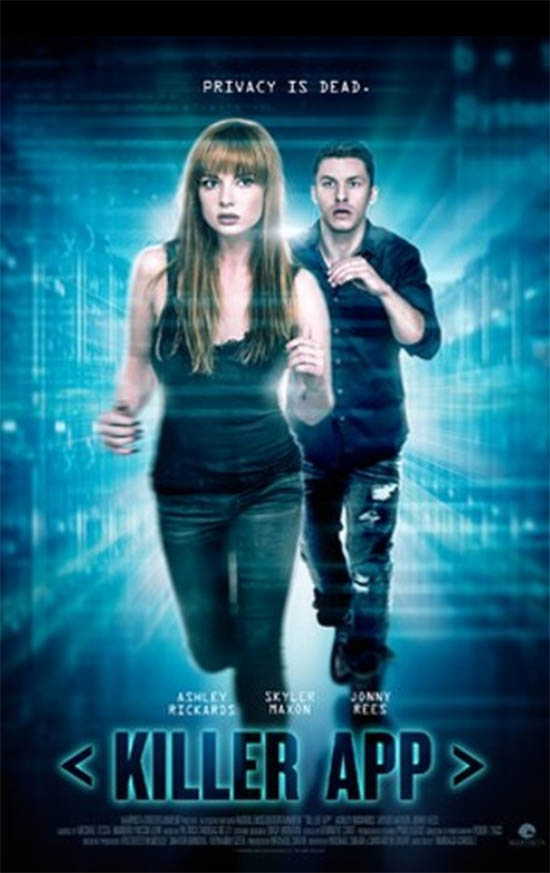 While the use of technology was well played throughout Killer App, there were some problems that kept the movie from reaching its potential. The first problem was the emptiness of the locations. Springer wanted his headquarters to be sparse in decoration because the way of the future was virtual reality. His decorations were in his virtual reality headset. That left the surroundings of the building dull. It would have been more exciting to have better set dressing while the horror was going on. The other major problem was in the horror itself, which didn’t show enough. There’s a case to be made for a less is more approach to slasher style horror. Blood and gore don’t necessarily need to be included to make murder effective. But for a slasher to have effective murder, the murder must be shown. Of all of the attacks that occurred in the movie, only two were fully shown, including the climax. The others happened off screen or only showed the lead up, ending with the victim screaming. Imagination can only help to fuel horror if the horror hasn’t already been laid out. Showing all of the buildup without the follow through doesn’t leave anything to the imagination and also doesn’t give satisfying visuals. It felt like a lack of effort on the movie’s part, which in turn caused a dip in quality. 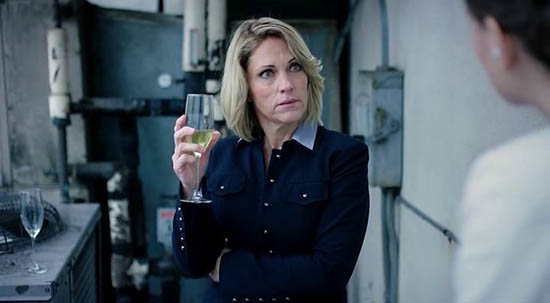 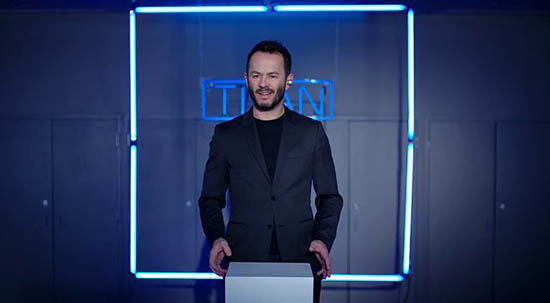 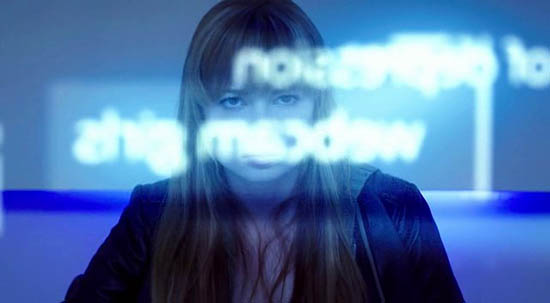 Killer App wasn’t a bad movie. However, it had the potential to be much more than it was. It had a good setup with the concept and the use of technology as more than just something to fear. Where it went wrong was in the lack of effort put into the visuals of both the set design and the murders. Those were big enough problems to put up a roof that the movie just couldn’t break through. There was a great horror movie in there somewhere. This version wasn’t that. It was still entertaining enough for what it was. It wouldn’t be something to recommend to anyone wanting to check out good horror though.