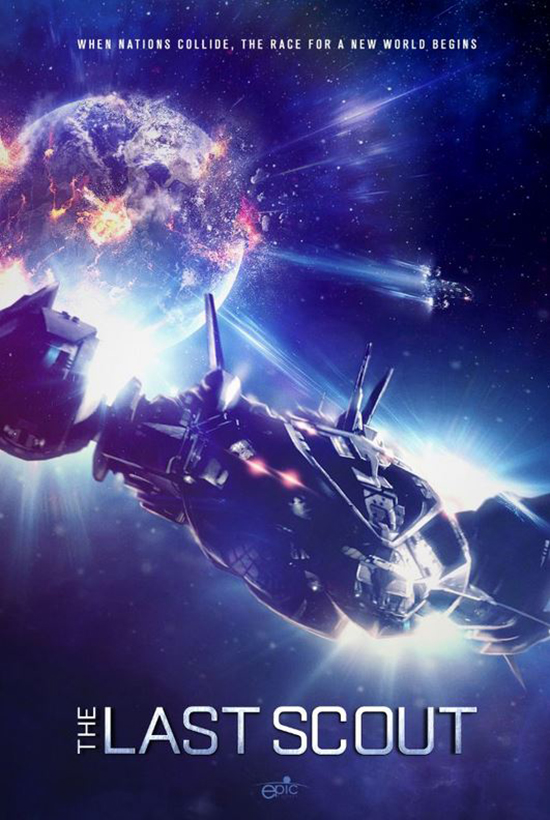 After the earth is destroyed by war, a scout team of astronauts searches the universe for an inhabitable place to save the human race.

Let’s be honest here, since its arrival in 1979 everyone wants to make the next Alien. Hell, even Ridley Scott wants to make the next Alien and he can’t even do that without muddying the waters with Prometheus and then adding further piles of retcon mud with Alien: Covenant, a film that in all fairness shows you shouldn’t bow down to fan pressure. Stick to your guns Ridley, no matter how indifferent they are as pieces of work; someone will always be there to back you up. (PS it really is a shame about Covenant. Nice ending though.) Anyway, my point is that you can’t mimic Alien: not its tone, it’s style, it’s complete zeitgeityness. (Yes, that’s a word!) By god, people will try though.

Whenever there’s a movie that’s basically a ghost house story in space, you can’t help but flick your eyes towards Ripley’s debut. And that’s the feeling that percolated in me watching The Last Scout, the second film from director Simon Phillips and writer Paul Tanter. Brits Tanter and Phillips have been involved in a long line of passable cock-er-nee dramas; often involving the fans of one football team not liking the fans of another football team, and then having to sort out things out with the application of boot to genitals in a pub car park, whilst their missus screams about his lifestyle and takes her top off. Though to be fair, Phillips’ first film Riot aka GBH was actually a surprisingly effective low budget film about a football hooligan turned cop trying to escape his past. 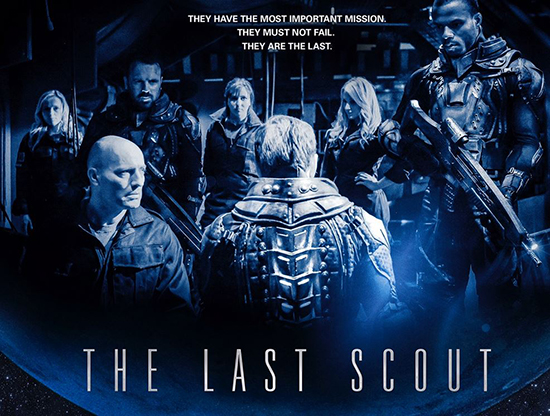 The fact that both men have chosen to go the sci-fi – with barely a foot to the groin in its near two hour running time – is to be applauded. It’s just unfortunate that what they produce doesn’t really hold water. Even stranger, it doesn’t evoke the same kind of gut feeling their other works do. And we’re talking about films with titles like White Collar Hooligan, White Collar Hooligan 2, The Hooligan Wars, Essex Boys Retribution, and White Hooligan 3. At the very least, those teased some kind of emotion out of you, like them or loathe them.

The Last Scout sees the crew of the spaceship Pegasus on a journey to search out new worlds for mankind to populate after the citizens of Earth manage to ruin everything with big bloody nuclear wars. Typical, amitire?! By the time we meet them, the Pegasus crew are extremely short on supplies and patience for one another. When they stumble across a Chinese ship in distress, this is the beginning of the end as secrets kept within the ship stir up further issues for the crew, and the bodies begin to stack up.

Phillips – who plays one of the rather chummy engineering crew– goes for the softly, softly approach here; leaving us in the company of the Pegasus crew for quite some time before the plot truly kicks in. He maps out their office politics which are further blighted by personal issues with each crew member. On the one hand, it certainly gives us a chance to bathe in claustrophobic atmosphere, wallowing alongside the distressed crew, and meaning we can easily work out which characters are our favorites and which we’d rather see pushed out of an airlock. Unfortunately, Phillips allows this world building to go on for too long and frustration with the film begins to build up instead as the crew continually bicker and argue. It’s this pacing issue that plagues the film throughout. Once they find the Chinese ship, what could work as a quick 80-minute stalk and slash becomes an arduous journey into the long dark teatime of the soul. 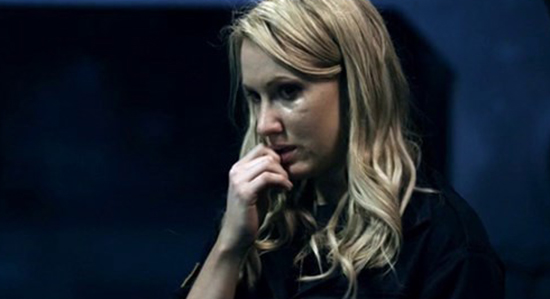 To be fair, The Last Scout looks fabulous for what is clearly a low budget movie, but it’s not enough to save a disappointingly boring film. There’s just nothing of the rawness or emotion of Phillips and Tanter’s earlier work. I’m not saying The Last Scout should have been a film about a football hooligan alien attacking a bunch of England supporters… Wait, no, that’s exactly what it should have been. That would have been brilliant.

Guys, call me. Let’s do lunch.