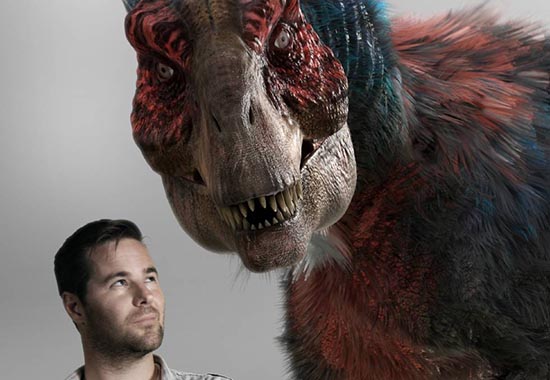 Why did you decide to become a filmmaker?

I was always captivated by films as a child and the love of escaping to other worlds. I grew up with musicians and always thought that music was going to be my career, however I was taught to paint and draw at a very early age and from there became an animator as a way of creating moving images.

Through my career I was exposed to the film making process early on as an Animator and found it was an experiential medium that blended both my loves of art, storytelling and music.

Like many filmmakers Spielberg and Zemekis will always be a powerful influence, however it is the overlapping banter of children in these films that really drives the energy and has been most influential. Films like Goonies, and Stand by Me are timeless. What these types of films do is connect the audience to the magic of childhood. From a technological perspective many of the innovations introduced by Spielberg in particular his depiction of dinosaurs in a realistic way in Jurassic Park was revolutionary and groundbreaking.

I like extremes in my characters, polarities create conflict and thrill.  I like creating an ordinary hero and placing him in extraordinary situations. The gulf in understanding between children and adults provokes situations where children will come up with an impossible solution and execute it in a plausible way. The way children see things is different. They can imprint their imagination upon even the bleakest suburban canvas to create worlds full of magic, wonder and possibility. It is this connection with the feeling of childhood that gave films such as E.T. their special charm, and watching a film of this nature is like immersing yourself in your most pleasurable childhood memories. 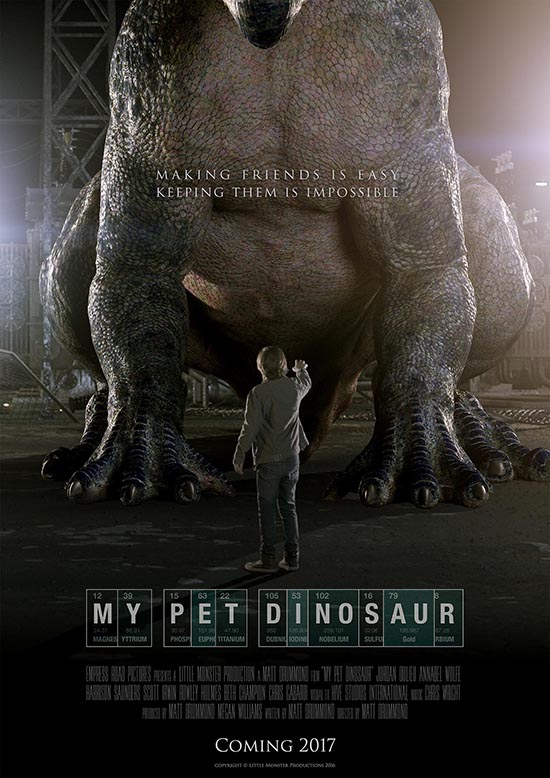 What was it like writing and directing “My Pet Dinosaur?”

There is a definite advantage to me writing and directing my own films. I come up with a premise, which then goes to an outline and the laying out of the scenes and then the script is developed. The advantage is that I write visually, knowing the visual effects that are going to integral to the film. When there are seperate writer’s and director’s it is up to the director to interpret the script when I do this myself I get to interpret the tone and vision as I see it. The visuals in my films are usually things that haven’t been seen before so having the freedom for those concepts to develop during the process and even in post is of great benefit. There are some screenwriters that are able to transcend genre, however I like to stick to what my strengths are.

Did you face any challenges being the writer and director?

You have a terrific cast, what was it like working with everyone?

The kids were amazing, its great working with kids. Its refreshing. They come from a very creative place right from the outset and there is a real opportunity from a Directors perspective. Children draw from a very different level of experience than adults so you get to really help them create a reality of their own surrounding in the film.

We were fortunate to work with some very accomplished actors in the film and there are some familiar faces, especially within the Australian acting community such as Chris Gabardi, Joanne Samuel, Tiriel Mora and David Roberts. 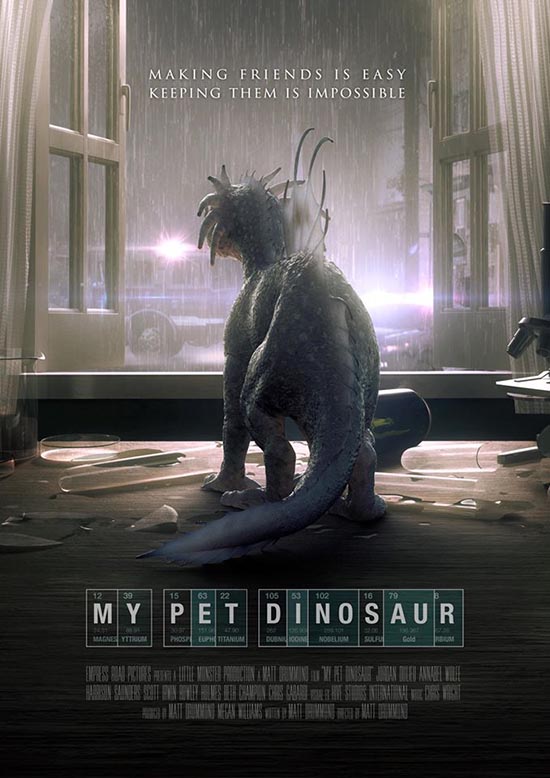 Do you think there will be a sequel to “My Pet Dinosaur?”

At this point there are no plans for a sequel but I guess you never know!

What will you be working on next?

We will continue to make films in the family space, and have several projects in development, in particular a fantastic kids tale titled, Don’t go Below with pre-production to begin early 2018.