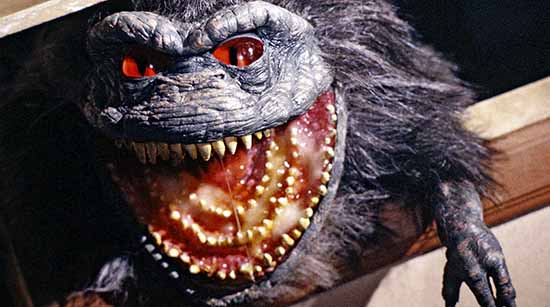 The success of 1984s Gremlins, with its unique blend of horror and sardonic humour seemingly inspired a number of other “little monster” films of that decade. Critters is one of the best. Although its makers deny any influence it shares with Gremlins a sense of mischievous glee but also possesses its own brand of charm. This is family-friendly horror (besides some minor choice language) and fits right alongside Gremlins and Poltergeist in this respect.

The film begins with the titular Critters, or “Krites”, escaping from an asteroid-bound prison and heading towards Earth with two alien bounty hunters in pursuit. On Earth the critters land near the Grover’s Bend farmhouse of the Brown family, the mother of which is played by always-welcome horror stalwart Dee Wallace. Little more than balls of hair and teeth, with voracious appetites, and armed with venomous projectile spines on their back, the critters lay siege to the Brown’s house.

The Bounty Hunter subplot is entertaining but seems somewhat unnecessary; the critters are the real stars here. The idea of subtitling them adds an extra level of humour to the film. It’s interesting to note the conceit of ever-growing, giant lead critter was all but abandoned in later sequels (though alluded to in the next ne). Critters is light-hearted, good natured fun, with liberal doses of humour and just the right amount of horror. 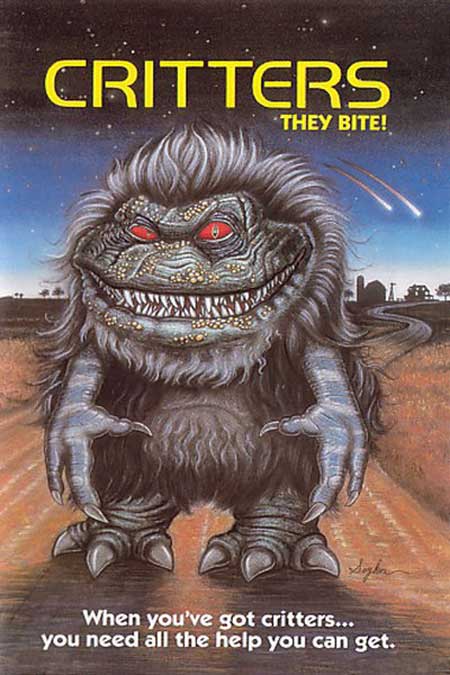 Critters 2 find us back Grover’s Bend but this time expands the scope from one farmhouse to the entire town. Brad Brown (the son from the first film) is back in town visiting his grandmother.  Also returning from the original crew is Brad’s adult friend Charlie and the pair of alien Bounty Hunters, who have returned to Earth seeking the remaining Krites, hatched from eggs left at the end of the first film. 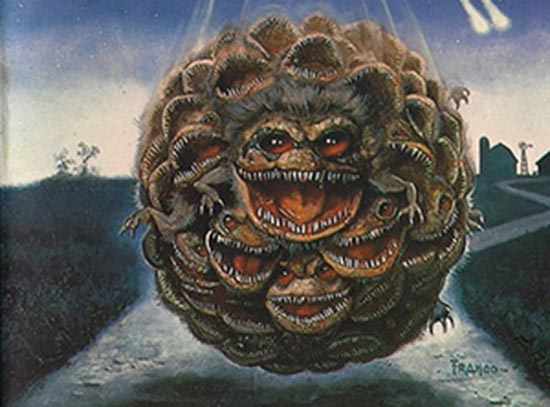 Critters 2 takes the usual sequel route of excess. It amps up the critter count, the gore, the effects and plays up the comedic aspects but in the process loses something of the charm of the first film. This is a minor criticism; the film understands what worked about the first and is still very much in keeping with its sense of fun. It’s also somewhat less family-friendly this time around, with a bit of nudity thrown in and more gore (though still not as gory as anything in Poltergeist). The Bounty Hunters are put to better use here as well. The movie doesn’t add anything overly significant to the creatures themselves except really the giant critter ball. Interesting to note is that this is the theatrical feature-film debut of Mick Garris, who is best known for helming a number of Stephen King adaptations.

Overall not quite as good as the first, but still a worthy addition to the franchise. 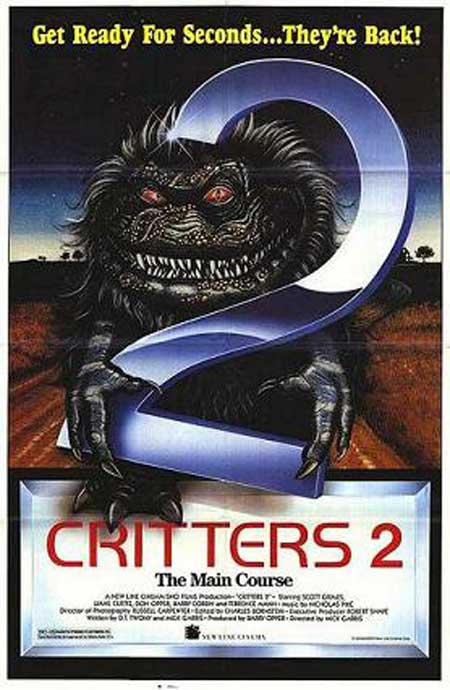 Here’s where it starts to go downhill, the first clue being when the film begins with that awful franchise trope of the extended flashback to previous films. Critters 3 follows that fairly common tradition in franchises of transplanting its formula into a city environment (Friday the 13th Part VIII, Children of the Corn: Urban Harvest). The expansion of scale this seems to promise is quickly foregone, however, when the action is relegated to a single apartment building where we might as well be back at the farmhouse, albeit with a larger central cast and much less fun.

A family of three stop at a highway rest stop where they find Charlie from the first two films loitering, for some reason, under a pile of debris. Charlie repeats his raving loon bit from the first film and, of course, the children don’t heed his warning. Shortly after, a Krite lays a clutch of eggs on the underside of their van, which are then whisked away to the aforementioned apartment block. 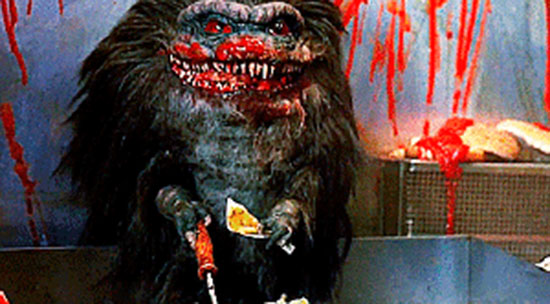 Critters 3 seems aware of the formula of the first two films but is unable to pull it off. It almost completely forgoes the series’ sci-fi aspects – and hence some of its cheesy charm – and most of its attempts at comedy fall completely flat. It’s surprisingly forgiving towards large core crew and so much of the horror elements are lost. Not only that, not a great deal actually happens. There’s little confrontation and absolutely no tension and it adds nothing new to the critters or mythology of the series. Charlie’s presence is arbitrary and little more than an attempt to legitimise the sequel with the presence of a secondary cast member from the original. 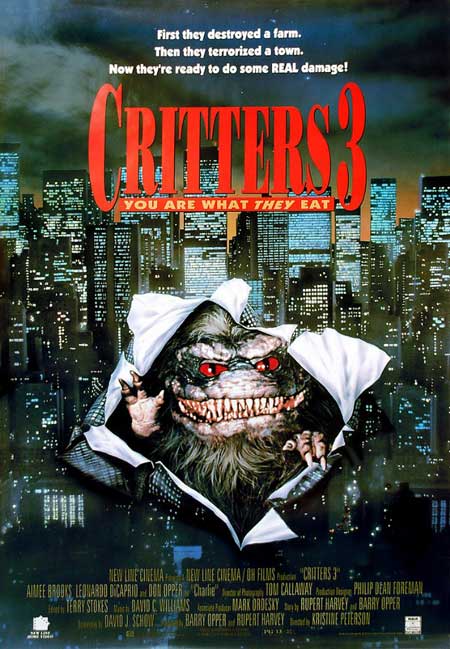 Critters 4 isn’t the only horror franchise to shift the narrative into space (Jason X, Hellraiser Bloodline) but in its defence the progression seems more logical, given its sci-fi origins. That’s about all that can be said in its defence though, as Critters 4 is a dreary trod through mediocrity that virtually abandons anything that made the original worthwhile.

It picks up right where Critters 3 left off, with Charlie ordered not to destroy what are said to be the remaining two critter eggs in the galaxy (what happened to the Krite that laid them in 3? Did I miss something?)CHECK. In fact, Critters 3 and 4 were filmed back to back, though you wouldn’t know it due to the complete tonal shift between them. Critters 3 isn’t much fun, but at least it tried. Critters 4 foregoes virtually all attempts at humour in lieu of a straight faced and plodding space-thriller with echoes of Alien. I use the term thriller loosely; there are no thrills to be had here.

The film jumps fifty or so years into the future where the crew of the RSS Tesla find a pod drifting through space, which they take on-board. Inside are the two critter eggs from the end of the previous film. Of course, the eggs hatch and the critters run loose on the ship. The critters, previously always the star of the film, take a back seat and barely appear for most of the film and what is left instead is a group of uninteresting people endlessly plodding around cheap spaceship sets and trading wearisome dialogue with each other. Brad Dourif is one of those actors who has that quality of making any film seem better just by virtue of his being in it but even he can’t save this and is sidelined, along with the film’s other best asset (Angela Basset) in favour of a returning Charlie and another bland crew member. A last minute appearance from a former cast member is at complete right angles to the earlier films and adds one final insult in this dull exercise. Worthless. 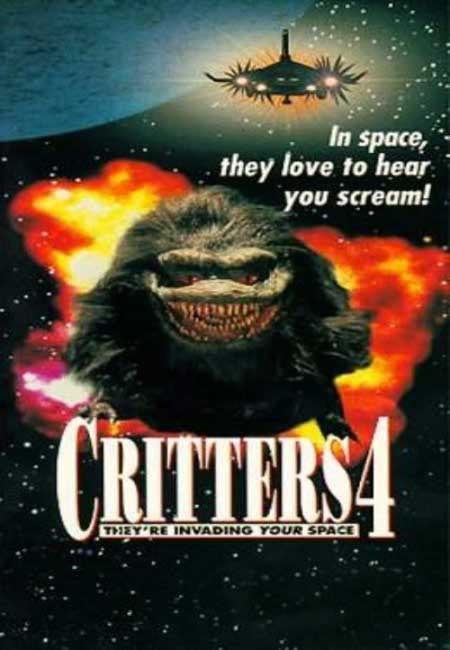 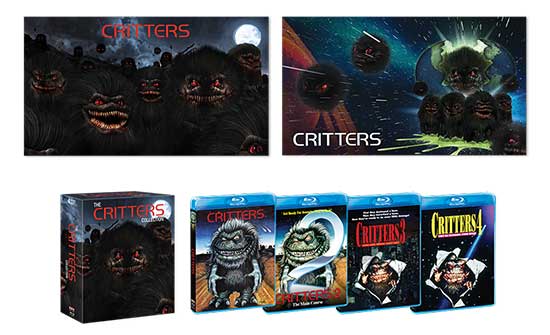 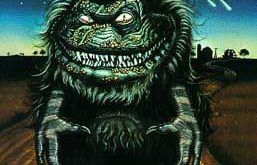