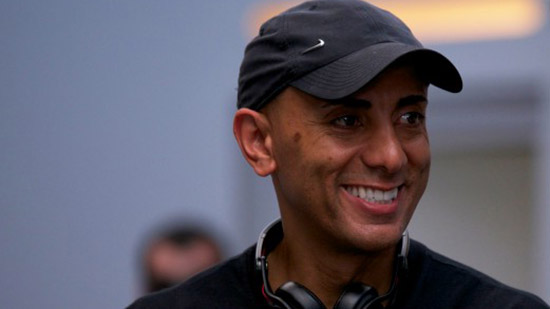 Hello Andrew, Please tell us about yourself and did you always know you wanted to direct?

Loved film, wanted to be a part of it. Had ideas so yes, with my warped personality, directing became the goal. The role as writer comes mainly from the desire to be constantly creating material. I don’t consider myself a good writer just enjoy trying. I grew up loving monster movies and fantasy but I have an eclectic taste. I hope to try most genres.

Please tell us about “MindGamers,” and where the idea manifested for you?

MindGamers is a glimpse into a potential future where connective technology allows one mind to connect to another and transfer motor-skills, thoughts and emotions. The Matrix movie deals with this subject at an imaginery advanced state. I wanted to tackle the idea of how it all could start. I came across a line of research whereby a rat can be taught the necessary skills, over weeks, to master a maze. The rats brain activity is collected and then transferred to an untrained rat. The untrained rat then completes the maze without any training whatsoever. When I saw this actually happened, I obviously became very excited. This is real science. It can only be a matter of time before this technology becomes applicable to humans. 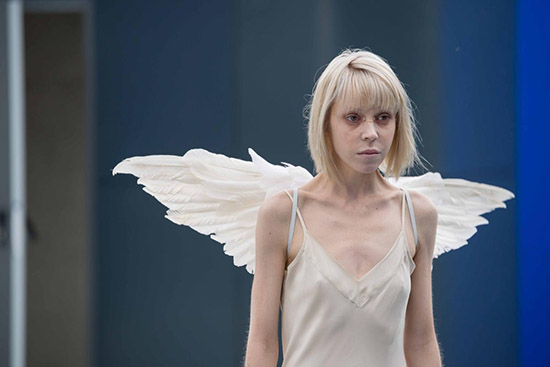 What was it like writing and directing? Did you feel it was more of a challenge?

With a film like this, that moves between timelines, it was an asset to have been involved as a co-writer. It allowed me to track performances and help the actors keep their heads around which timeline we were in.

What was it like directing such a great cast including: Sam Neill and Tom Payne?

The entire cast was fantastic to work with. Sam joined us later in the shoot but his arrival brought a new dimension. He had such a detailed eye for his character and this was inspirational for the whole cast. Tom has a great physical presence and was able to master the no holds barred approach to science that his character required. I think he’d make a great Doc Frankenstein. 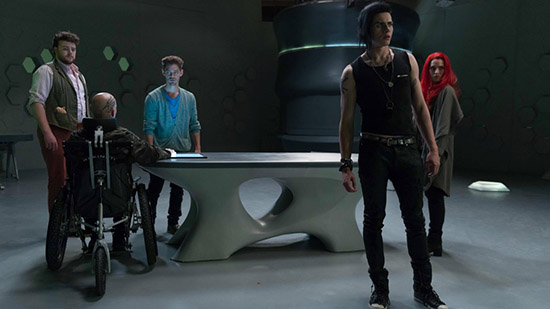 Do you feel people are too involved in technology?

I think technology is disappearing into the fabric of everyday life. Soon it won’t be a question of whether we are too involved or not, our entire existence will be conducted in tandem with some form of technology. It has become part of our evolution.

What challenges did you face shooting a film like this?

I think the challenges we faced were the same as any indie film, a tight shoot with a lot of locations. The cast underwent intensive training ahead of the shoot so they could really participate in their own stunts. This added to the final authenticity, but was very tough for them. 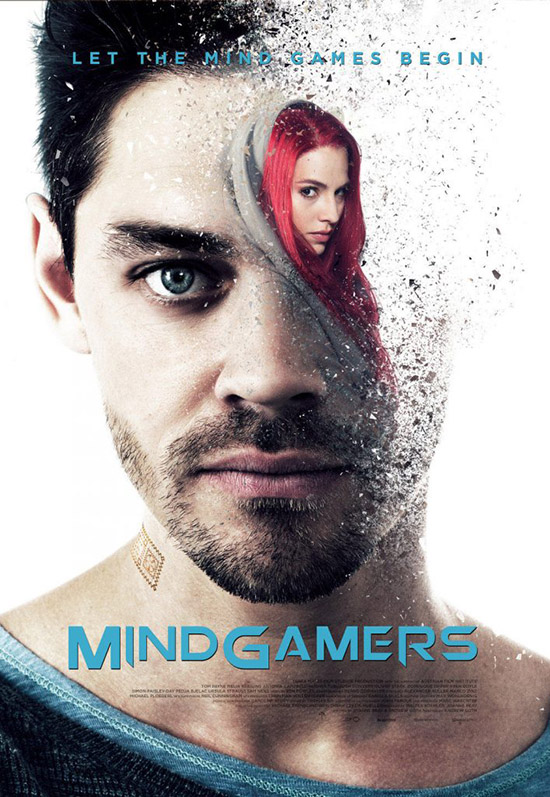 The films poster alone is incredible imagery alone. What was the process for your shooting and the poster?

Joanne Reay my co-writer and producer had the idea. The image is both beautiful and disturbing, and I think this reflects how we feel, as humans, about a future where our sense of self may be lost. On another level – it looks like his head’s been hacked open – right?

You have directed and written other films including “Gallowwalker.” How do you feel about some of the other horror films out there today?

Gallowwalker is sadly a film that I didn’t see through to completion and I’ve never watched the finished piece, so I can’t comment there. I have nothing but admiration for independent film makers of any genre getting close to their vision.  There are so many pitfalls. I think that smart horror films, with a real narrative underpinning, are coming to the fore. It’s good to see film-makers like M. Night Shyamalan returning to this genre, with films like SPLIT.

I’d count Sergio Leone as a visual inspiration, he really knew how to create a cinematic world. Directors like Bill Friedkin, John Carpenter, Fincher, Greengrass and many more. I have to give a shout out to Ray Harryhausen the king of monsters. I do like a good monster.

Please include and social media/websites you would like in the article. Thank you and I look forward to seeing the film. 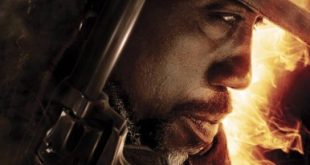