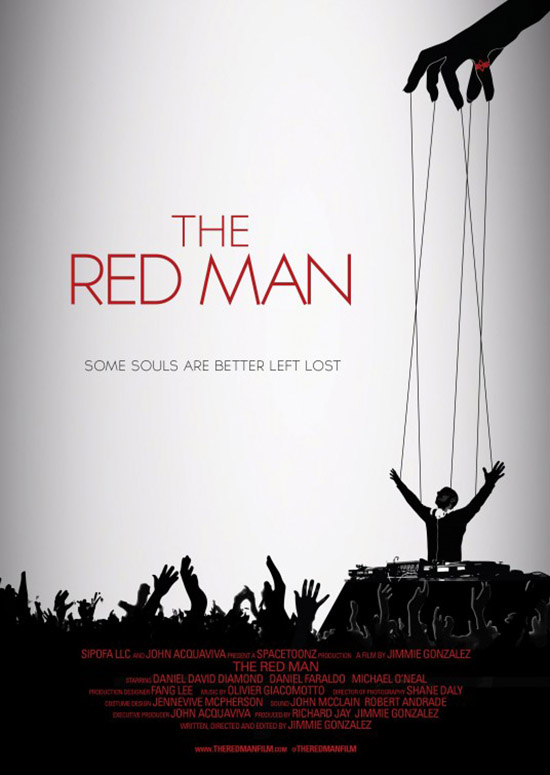 A successful DJ living in a trendy apartment building learns his psychiatrist and new neighbor may be involved in a secret society plot drugging and killing fellow celebrity tenants.

Certain filmmakers wear the incoherence of their films like a badge of honor, from relatively mainstream directors like David Lynch and Darren Aronofsky to experimental filmmakers across every genre. When you have a track record of excellence or undeniable potential, you get a pass. When you don’t, not so much. Or, as Crash Davis said so well to his rookie pitcher in Bull Durham, “If you win twenty in the show, you can let the fungus grow back [on your shower shoes] and the press will think you’re colorful. Until you win twenty in the show, however, it means you are a slob.” 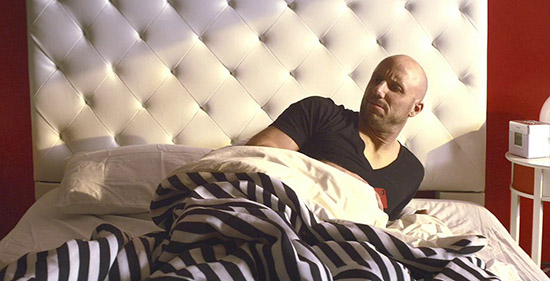 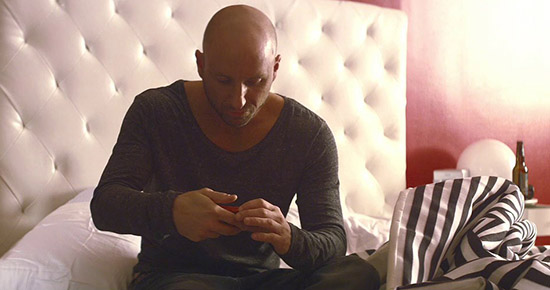 It is unclear yet if writer/director Jimmie Gonzalez will make it to the proverbial show just yet, but the relative incoherence of his rookie effort The Red Man somewhat undermines what otherwise is a very solid effort by both Gonzalez and his team.

Based on what Gonzalez calls his own “DJ career meltdown” more than a decade ago, The Red Man spins the tale of celebrity DJ and recovering drug addict Evan Gough, whose recurring nightmares of a violent attack on his family have stirred skepticism and suspicion of his life, his friends, and the malevolent-ish psychiatrist whose prescriptions Evan suspects are eroding his sanity.

When he discovers that there is more to the psychiatrist, Dr. Verde, than meets the eye, Evan teams with the good doctor’s sexy intern, Eve, but together their efforts to solve the burgeoning mystery ultimately turn up more questions than answers.

In some ways, the same can be said of The Red Man as a whole.

With a narrative that traffics in dreams, fantasies, memories, delusions, and—maybe, now and then—reality, The Red Man casually tosses around references to Jungian psychology, Freemansonry, the Illuminati, and all manner of paranoid hysteria, until the whole thing threatens to devolve into utter unintelligibility. Whether that is Gonzalez’s strategy—to invite you into Evan’s mind until you, like he, have no idea what’s really going on—or just the overzealousness of a first-time filmmaker trying to overdo it on the sinister allusions, the result is the potential loss of interest by the viewer and lack of investment in the plight of his characters.

And that’s a shame, too, because otherwise The Red Man is a surprisingly good little film.

Daniel David Diamond and Lindsey Naves as Evan and Eve, respectively, do yeoman’s work in two of the film’s leading roles, and they perform admirably. Naves has a handful of previous film and TV credits, but Diamond lists The Red Man as his first film role, and for two relative newcomers, they do some interesting work and succeed in part in drawing the viewer in. Diamond, especially, as the focal point of a film that never confirms or denies his sanity, has a tricky task here, but Evan remains a sympathetic character even as we see glimpses and hints of his own not-so-savory past. 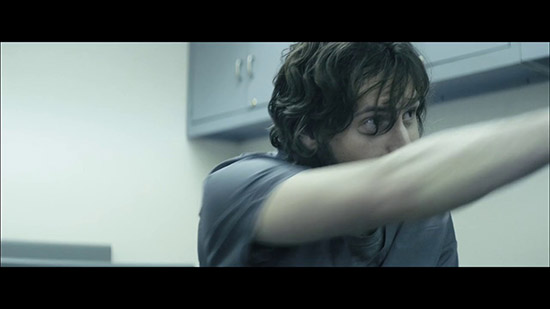 The third lead of The Red Man is veteran actor Daniel Faraldo as the (maybe, maybe not?) villain Dr. Verde. Here, Faraldo comes off as a cross between the Dos Equis “Most Interesting Man in the World” and a latter-career Al Pacino. In his quiet moments, Faraldo’s Dr. Verde simmers with menace and mystery, only to explode with rage moments later. One minute he’s pantomiming an overwrought blowjob, and the next he’s trying to sooth and calm his panicking patient. Faraldo brings Dr. Verde to life with vigor and intensity, and nobody will ever accuse him of not knowing how to chew the scenery.

Gonzalez, too, brings the ruckus as director of The Red Man, demonstrating a flare for visual storytelling and imaginative imagery. His best moments come when delving into Evan’s nightmares and delusions, and his trickery around bringing Evan’s family into the narrative is consistently clever and effective.

It is only, really, in its final scenes, when all is revealed—or in so much as it actually is, that is—that The Red Man begins to feel like a bit of a con job, but only because it seems to start to take itself a bit too seriously. But unlike Evan’s, The Red Man’s sins can by and large be forgiven, just so long as you’re willing to sit back and enjoy the ride.