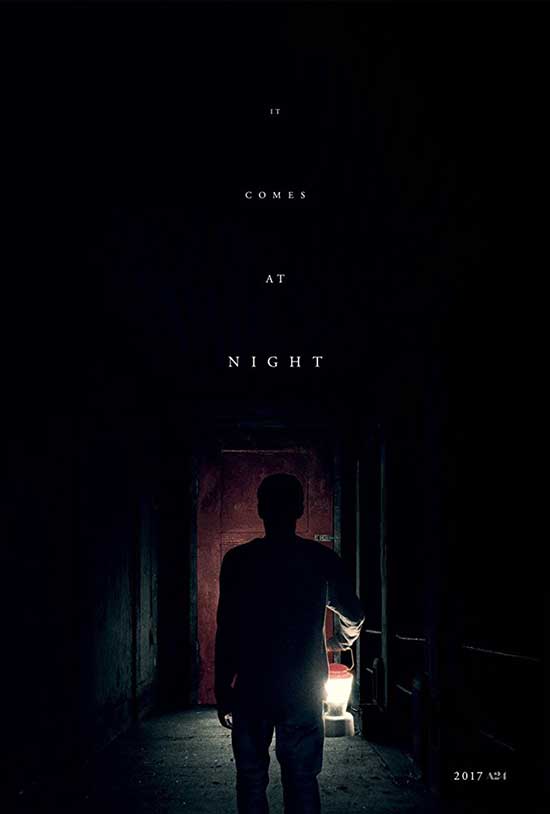 Secure within a desolate home as an unnatural threat terrorizes the world, a man has established a tenuous domestic order with his wife and son, but this will soon be put to test when a desperate young family arrives seeking refuge.

Production Company A24’s output of late has been fairly fabulous. Whilst the navel gazing A Glimpse inside the Mind of Charles Swan III was trivial at best, they’ve hit it out of the park with the likes of emotional documentary Amy, kidnap drama/coming of age film Room and La La Land Oscar stealing Moonlight which, incidentally, deserves to rob all the awards. What’s also been stellar is their contribution to the horror genre with the likes of The Witch, Hereditary, and The Killing of a Sacred Deer managing to scratch the itch of even the fussiest horror aficionado. Truthfully, It Comes at Night is perhaps more thriller than horror, but it’s still a sterling example of what we’ve come to expect from A24. 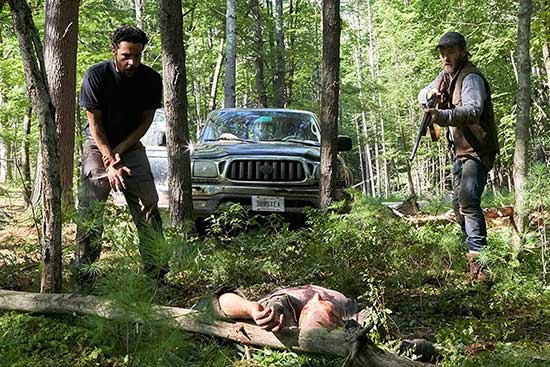 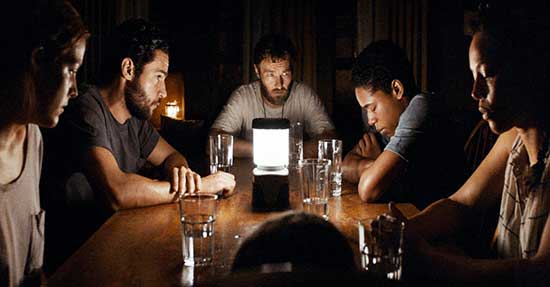 Directed and written by Trey Edward Shults (Krisha), the film starts with the world ravaged by a highly contagious outbreak. Paul (Joel Edgerton, The Gift) lives a survivalist lifestyle with his wife Sarah (Carmen Ejogo, Alien: Covenant), their son Travis (Kelvin Harrison Jnr, The Birth of a Nation). Sarah’s father has succumbed to the disease that stalks the land and our opening scene finds Travis and Paul, gloved and gas masked, having to burn the body. It’s fair to say that life is less than rosy. For Paul it’s a sign that his family is not as immune to the disease as he would hope and doubles down on controlling his family’s lifestyle. 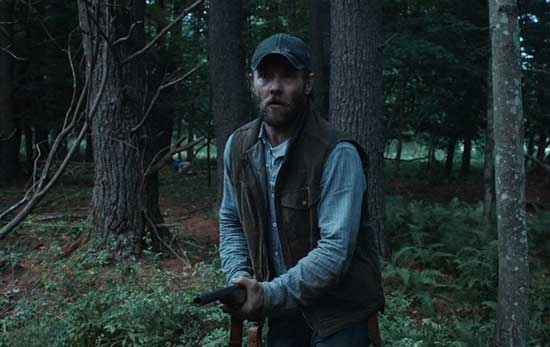 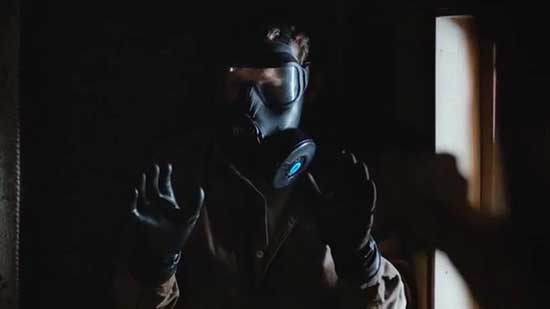 Into this unharmonious home enters Will (Christopher Abbott, Martha Marcy May Marlene). And by enter, I mean breaks in. Will is as surprised to see Paul et al as they are to see him. Believing the house to be empty, the prowler is trying to find water for his wife, Kim (Riley Keough, Mad Max: Fury Road) and son Andrew (Griffin Robert Faulkner). Whilst Paul immediately mistrust the intruders, Sarah is fine enough to break bread with them. After all, more people means more defense should the need arises. When the two men are unsuccessfully ambushed by two ne’er-do-wells, Paul’s spider sense starts tingling and he becomes convinced that Will is more than he appears.  From this point on, It Comes at Night becomes a paranoid trip as Paul tries to get his family to understand the danger they could find themselves in by inviting unknown strangers into their home.

Set within the confines of Paul and Sarah’s bordered up home, It Comes at Night is a dark portrait of family life, where father knows best and the wife must listen. All of the performances are stellar with Harrison Jnr managing to be a distinct stand out. As our audience surrogate, he becomes our eyes and ears in this hell hole of a life. If he doesn’t know what’s happening than neither we. As Travis, he looks crestfallen as a son who is beginning to realize, or at least suspect that his parents – particularly his father – might not always be right.

I said before that It Comes at Night is less of a horror film than people may expect and I stand by it. The film’s marketing material certainly captures the claustrophobic atmosphere that’s thrust upon us for 90 nerve shredding minutes, but don’t go in ready for a balls to the wall slash fest. This is a subtle beast that preys on you, toys with you, never letting you feel comfortable for a second. 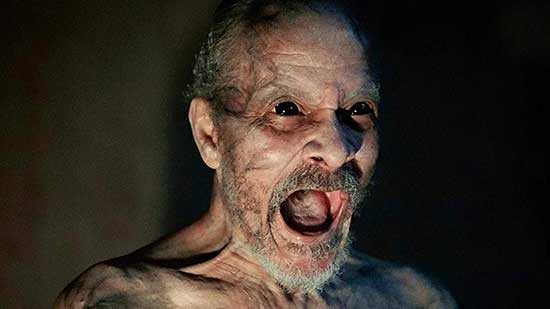 Dark, bold and frightening, It Comes at Night is a masterclass in ratcheting up tension in its audience.  Consider it a more modern version of The Witch, with the threat of fear always emanating from elsewhere. If you’re happy to let the film’s atmosphere wash over you, then you’ll be rewarded sure enough.