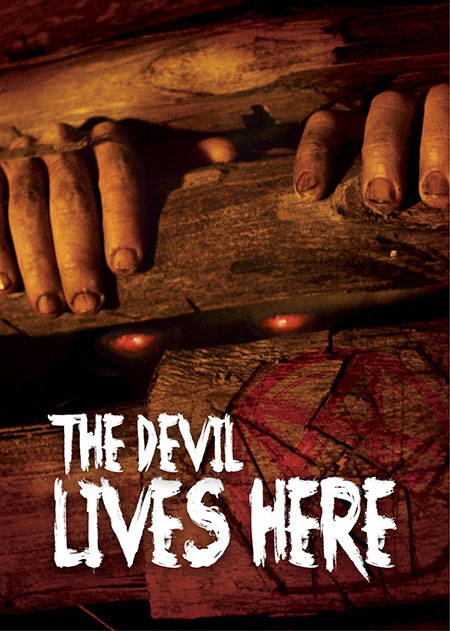 Three teenagers go visit a friend at his old farmhouse for the weekend. What they didn’t expect was to be stuck in the middle of a centenary war between good and evil.

For all the hand-wringing over sex and violence in movies and modern culture, today’s artists have nothing on the mythmakers and storytellers of old. From Greek myths to Native legends to the original nightmares spun by those perverse Brothers Grimm, some of the world’s most horrifically cruel and violent imaginings have been around long before Leatherface found his first chainsaw under the Christmas tree. 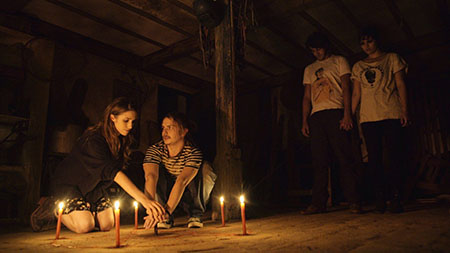 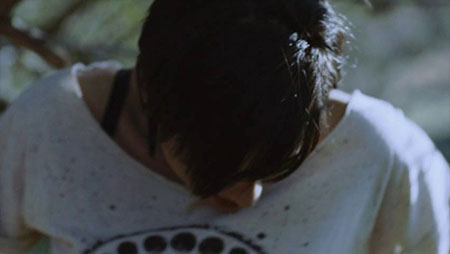 Borrowing from that extensive history of depravity has long been a winning tradition in horror literature and film, imbuing stories new with the distinction and gravitas of tales timeworn and tested.

And that winning streak continues with the nifty Brazilian horror flick The Devil Lives Here.

From first-time directors Rodrigo Gasparini and Dante Vescio, The Devil Lives Here (originally O Diabo Mora Aqui) mines a rich vein of Brazilian folklore to spin a creepy and ultimately terrifying yarn about a single night’s battle in an ancient war between good and evil. 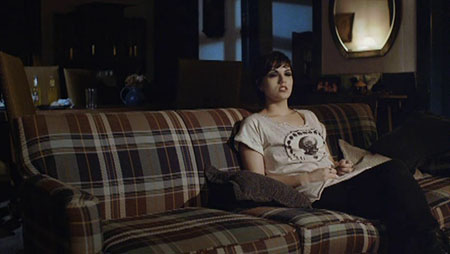 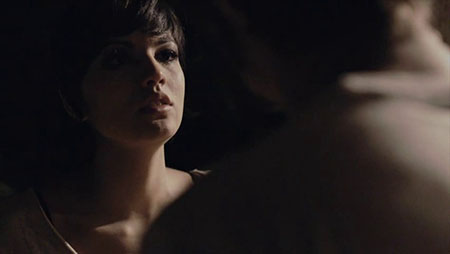 In the Brazilian countryside sits a lonely farmhouse that was once the seat of a sprawling honey plantation. After years of atrocities and abuse visited upon his worker bees, the plantation’s master (a menacing Ivo Müller) was finally brought to justice one night in the wake of a violent slave uprising and cursed to an eternity of suffering by his most ill-treated victim. His curse, however, came with a sacrifice, and now every nine months the slave Bento (Sidney Santiago)—who led the violent insurrection—must rise from the dead, protected by his descendants (Pedro Caetano and Felipe Frazão), and seal the curse through a renewed act of cruelty. On this particular night, however, four young friends (Pedro Carvalho, Mariana Cortines, Diego Goullart, and Clara Verdier) have gathered at the farmhouse for a night of revelry, and when youthful naiveté collides with diabolic ritual, all hell—perhaps quite literally—breaks loose.

Though stripped down and raw, The Devil Lives Here demonstrates a clear vision and remarkable proficiency in storytelling, atmosphere, and anxiety, and fear. Clocking in at a brisk 80 minutes of running time, the filmmakers still manage to effectively establish their legend, introduce an interesting and diverse array of characters, and then bring them all together for a horrific confrontation that faithfully follows the many trails of breadcrumbs dropped throughout the film.

Much of the credit for the film’s ability to quickly engage its audience goes to the very capable cast and the outstanding chemistry that they demonstrate together. Though most of them bring few if any other credits to the table, the ensemble collectively delivers a sincere, engrossing performance. 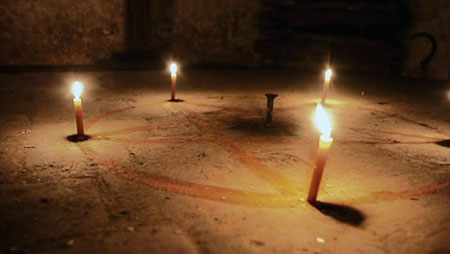 Clara Verdier, especially, as the nymph Magu, and Pedro Carvalho as the doomed Apolo—whose long-festering childhood sympathies trigger the night’s terrifying conflict—bring the film into sharper emotional focus and earn the audience’s empathy. Despite simple, straight-forward dialogue—delivered in their native Portuguese and translated through subtitles—the facial and physical performances of Verdier, Carvalho, and the rest of the cast demolish any language barriers that might otherwise exist and deftly bring the audience along for a night of suspense and terror. 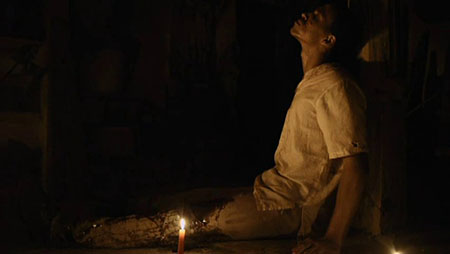 The cast’s impressive effort would clearly be wasted, though, if not for the fine work done by co-directors Gasparini and Vescio. Like their characters Sebastião and Luciano taking guidance and inspiration from their ancestor Bento, Gasparini and Vescio draw not only from the folklore of their native land but also from the deep well of horror history. While their film looks and feels like a true original, it pulsates with echoes of cinematic forebears like Raimi’s The Evil Dead, the Barker-penned Candyman, and even further back to White Zombie and the Val Lewton classics that followed. 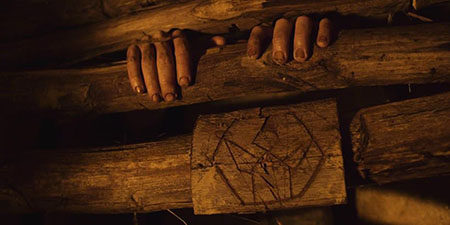 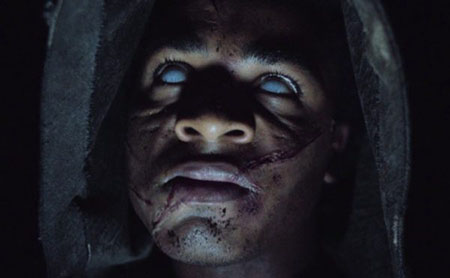 There is, however, much, much more good than bad to The Devil Lives Here. And with their focus on suspense before shock, dread before gore, and character before all the rest, Gasparini and Vescio have constructed a tight, atmospheric horror fable that holds you in the moment…and then leaves you looking forward to what else these filmmakers have in store for horror fans in the years to come.