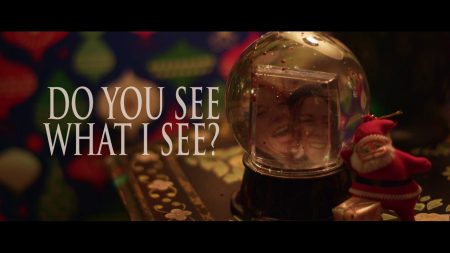 During the Christmas season, two sisters throw a house party, unaware that a deadly invader will be crashing the proceedings.

More short films! Today we have a film from Canada called DO YOU SEE WHAT I SEE? written and directed by Justin McConnell & Serena Whitney.

Yes, this is a Christmas horror story, and I love those so much. In this story, we have Jessica (Jorja Cadence) and her put-upon husband Chris (Adam Buller) hosting an “ugly sweater party” for the holiday season. If you don’t know what that is, the name pretty much says it all. Guests are required to wear the ugliest holiday sweater they can find as part of the celebration.

So the party begins. Jessica’s sister Sloan (Caleigh Le Grand) is bored to tears, drinking the punch bowl dry and engaging in conversation with another guest named Jimmy (Emmanuel Whitney-Alexander) who is having about as miserable a time as she is. 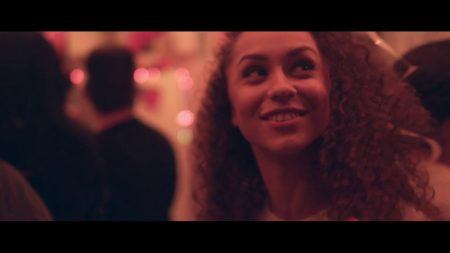 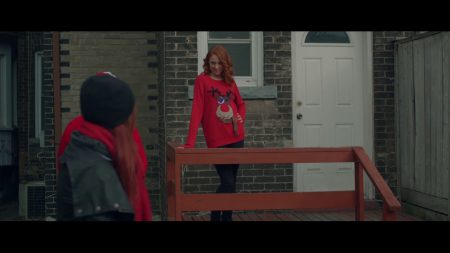 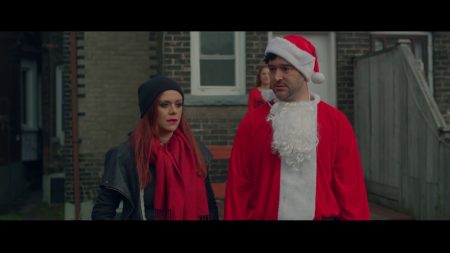 We check in and out of all the banal conversation that happens at these sort of parties, and it seems like we (the viewers) may die of boredom along with Sloan, until an uninvited guest crashes the festivities. Then things start to get interesting.

Things happen quickly, and the party goes from your basic dull and cheesy to…well, something else entirely.

Great cast, everything looks great. I can’t go into much else without giving anything away but I do recommend this film, especially if you really hate these sort of holiday parties as much as I do.

So using my special short scale of one to five, five being awesome, I’m giving this film four christmas trees.