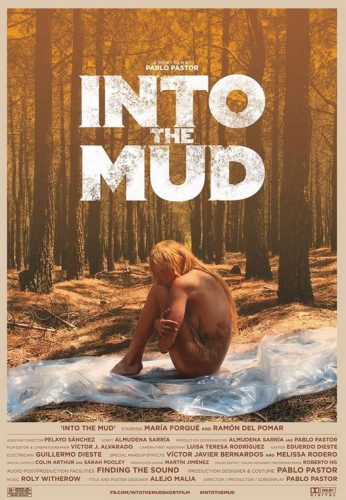 A young woman wakes up naked in the middle of the woods. After the initial confusion and after verifying that she’s hurt, she discovers a fisherman and hunter who will not easily let his new prey escape. Let the hunt begin.

Short films, kiddies! Today we have INTO THE MUD, a short from The Netherlands written and directed by Pablo S. Pastor. This is his directorial debut.

Our story opens on a young girl (María Forqué) waking up naked and filthy in the woods lying on a sheet of plastic. Obviously this has been a bad day for her so far. We (the viewers) don’t know what’s happened before this point, but it can’t be good. 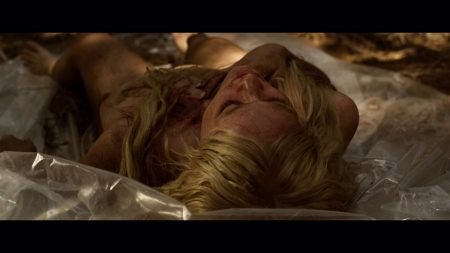 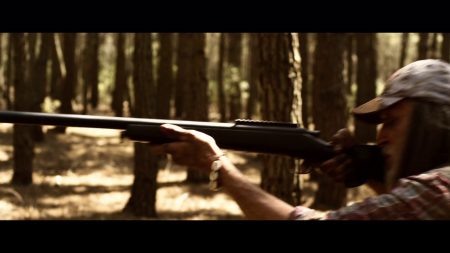 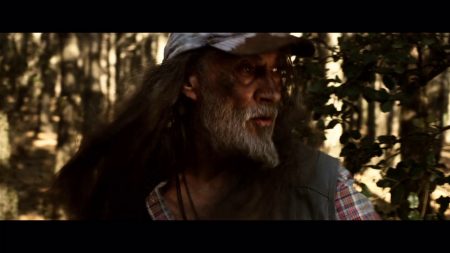 The girl sees a hunter (Ramón G. del Pomar) standing just a short distance away and makes the smart choice to run like hell. From there, the chase is on as the hunter tries to retrieve his prize.

There’s no dialogue in the film at all, just the tense chase through the woods. The production quality is very good, and the score is perfect as it adds to the rising tension.
I won’t ruin anything for you, but the ending is brilliant. Some amazing make up effects come into play at the end.

So using my special short scale of one to five, five being awesome, I’m giving this film four bullets.