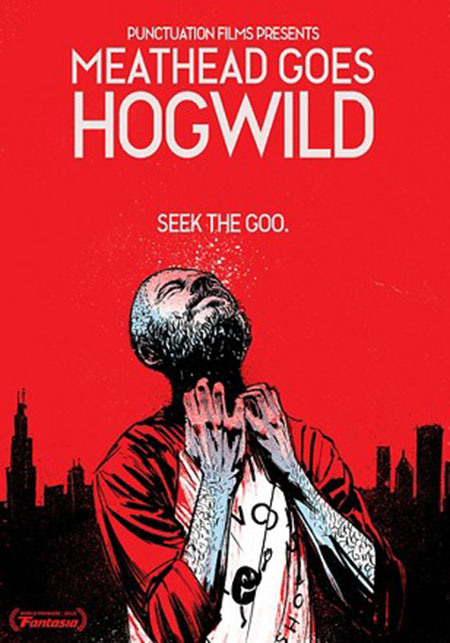 An irritating hipster loses his job at a butcher’s shop due to being gross. As a form of revenge, he returns and steals all of the meat and hands it out on the streets of Chicago. The plan to become a meat Santa doesn’t go as planned.

‘Meathead’ is a divisive movie, but for its myriad of flaws it’s something that’s going to stick in my mind. It’s a film with a micro budget and a cast of Chicago locals most of whom have no acting experience. Buried deep within the grittiness is a statement about urban living in relation to morality. Though you feel it admirably clawing to artistically reach some conclusions it never quite does. The characters are thoroughly unlikable and the situations while starting grounded wind up wildly unbelievable. 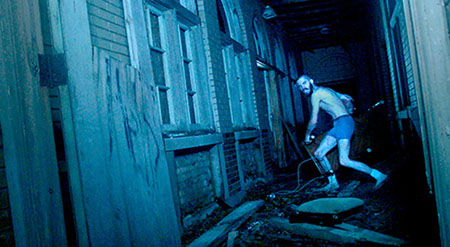 The plot revolves around a man billed as ‘Lead Role’ portrayed by the writer-director Kevin Cline. He acts as the urbanite everyman millennial. He features an unkempt beard, a job at a rundown butcher shop, and no love life to speak of. He drifts along in a seemingly endless string of meaningless interactions for far longer than most would tolerate. The only time you don’t mind the lingering shots of nothing happening is when the focus isn’t on the story but on Chicago itself.

As the movie progresses the man loses his job for making women uncomfortable by staring at them. A totally fair reason to fire someone, but it’s framed as if I should feel bad for the guy. From there things begin to unravel, he returns to the store later in the night and empties out the meat cases, with the logic that it is owed to him. This scene is perhaps the highlight of the film, it feels very natural, and is framed as though we’re seeing it play out over security camera footage.

The remainder of the film involves him attempting to hand out the meat to strangers on the street and the many ways this goes wrong. The man believes that he is doing this out of the goodness of his heart. Some sort of karmic paying of his dues. It plays as a man having a manic breakdown accosting people in the low income areas of Chicago. When eventually he is robbed and beaten I didn’t feel bad for him, it felt awkward because of how stilted the other actors were but it felt deserved. I work around New York City and men without pants trying to get me to take things from them are common occurrence. I don’t know if I’d be more or less confused if it was meat and not two gallons of rotten human urine. 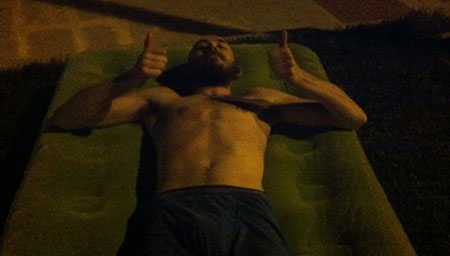 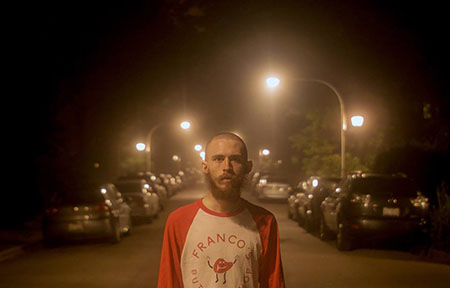 The film officially jumps from a bizarre ‘After Hours’ meets ‘Falling Down’ into full insanity soon after. ‘Lead Role’ runs into one of the men that robbed him and forces him at gunpoint into a duel in the middle of a park. It’s the sheer knowledge of dueling that the character has that really took me out of things; he monologues for 3 minutes about the different rules. Perhaps he’s a huge fan of the musical ‘Hamilton.’

From that point forward the rest is sheer madness. It’s as if the director was unleashing the reigns of a conventional film into something far looser in terms of resolution. Nothing gets answered. It ended with a feeling that things were better off unsaid, or I was just really happy to have it be over. I can only take so much of a man dry humping a mannequin while screaming like Gollum clearing a particularly phlegmy throat.

‘Meathead Goes Hog Wild’ is very weird. It almost has to be seen to be believed. As much of the stranger moments I didn’t even touch upon. Not much of an overall sense of direction came out of the movie, bits and pieces of a message leak through. However I thought about it much of the remainder of the day. It’s certainly not required viewing, but you could do worse. Just remember to keep a remote nearby for frequent fast forwarding.